Meet Lucky Star, Schumann, Feida, Brother, AJ, and Full Moon – the newest and the most adorable puppy additions to Taiwan’s Police K-9 units. These cuddly and sleepy puppies are about to start their police training and will eventually have a serious role in the NPA’S K-9 Anti Bomb And Drug force and Blood Detection units based in Taipei. 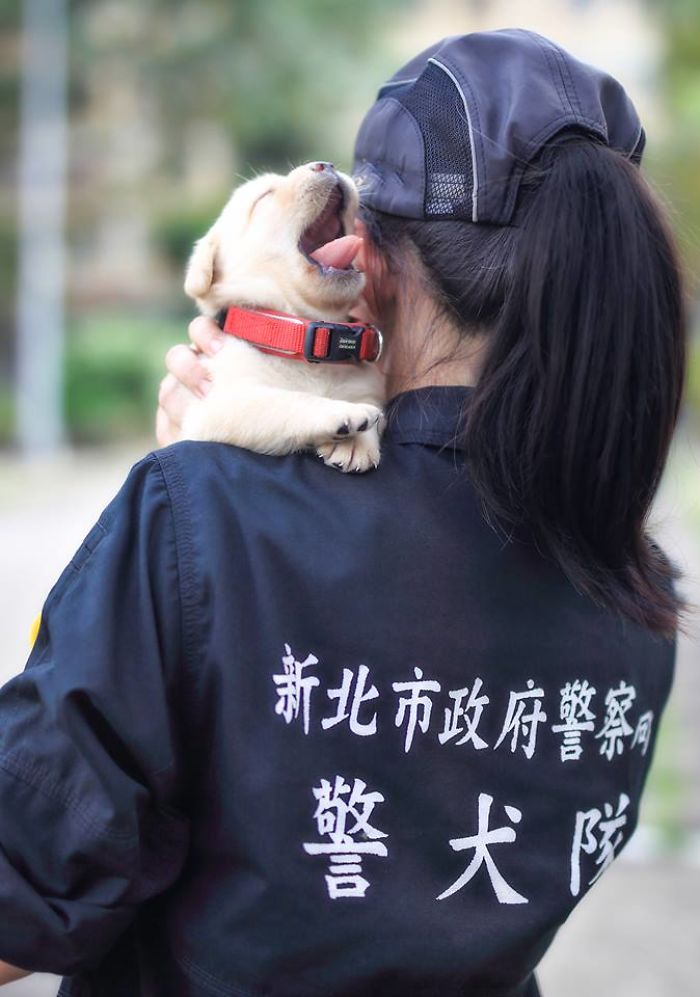 It seems that being police dogs runs in their blood. “The cute puppies’ mom, named Yellow, is in the K-9 unit… the department that [deals with] anti-drug and anti-bomb [issues],” a spokesperson from the NPA told Mashable.

“We hope that in the future the puppies can be like their police officer mother Yellow, that they can pass through service dog training successfully and enter the force,” the NPA said in a post on Facebook.” The Labradors’ dad Leader is a working dog, too. However, for now, the 1-month-old puppies are still more into sleeping and eating than special dog training, fighting crimes, and saving the world. “Sometimes, [Lucky Star] would fall asleep while eating, and then he would wake up suddenly and carry on eating as nothing happened. How could people not love something as cute as that?” asks Captain Pan from Taiwan’s Police.