Australia is never boring. Recently, Kerry McKinnon from Strathdownie in Western Victoria received a surprised from her golden retriever Asha that’s probably impossible for any other dog owner in the world to get.

You see, temperatures in the area sometimes plummet to 5C (41F) in the early hours. And not every animal has a fur coat as warm as Asha. 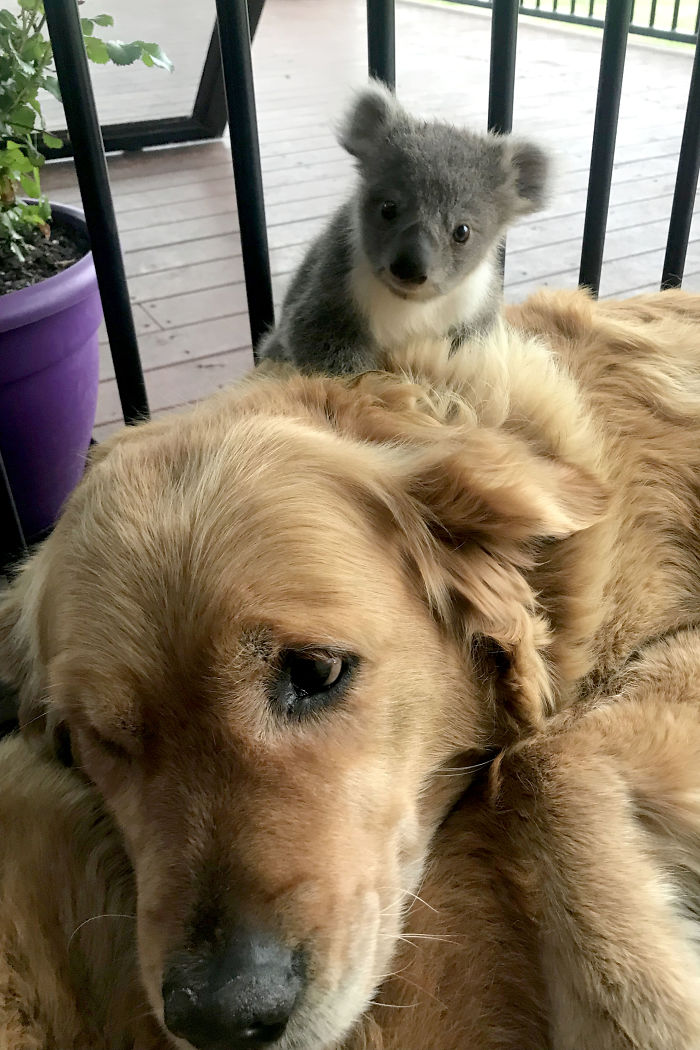 “It was quite early in the morning, and my husband yelled out to me to come have a look at something,” Kerry, 45, told News.com.au. “I didn’t know what he was talking about at first, but then I saw this tiny baby koala snuggled on top of Asha.”

Kerry admitted the moment caught her completely off-guard, and she wasn’t exactly supportive of her cute dog’s heroism. “I just burst out laughing. Poor Asha didn’t know what to think; she just kept looking at me with such a confused look,” McKinnon added. “She looked a bit guilty when I came out to see what was going on. Her expression was hilarious.”

“She kept looking back at the koala bear, but she wasn’t trying to get him off her or anything. She was happy to let him snuggle into her.” 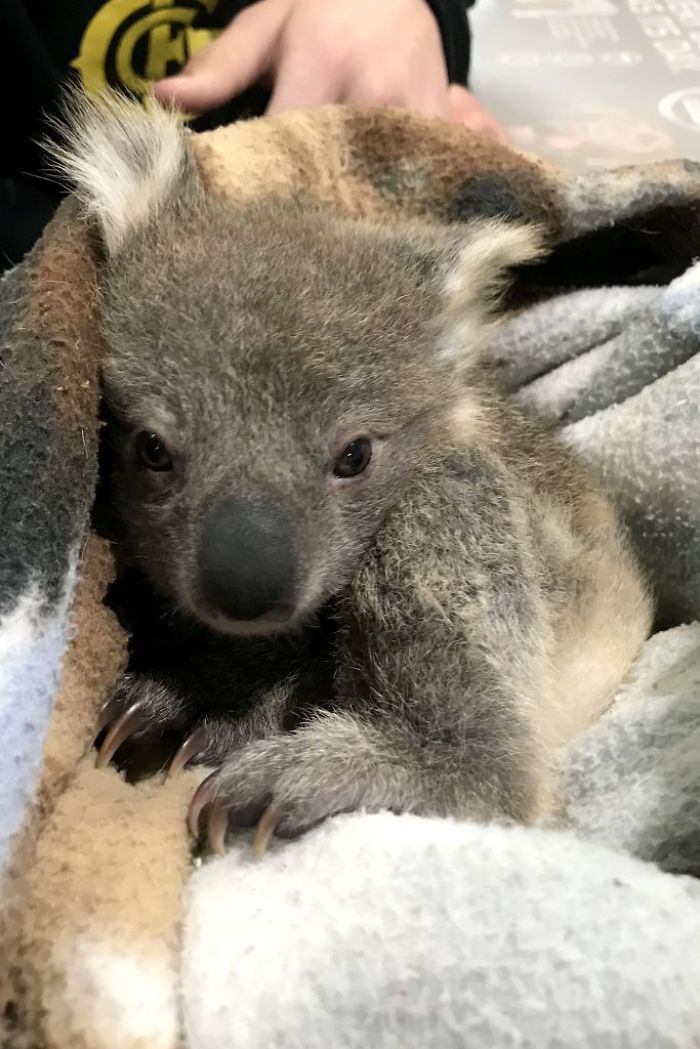 It will always remain a mystery how the cute koala ended up attached to Asha. The most plausible explanation is that the adorable creature was separated from its mother since it was still young enough to be living with her. “I think the koala bear baby fell out of his mum’s pouch and didn’t know what to do. He would have just wandered over to our back porch and seen the dogs in their beds, then decided to snuggle in Asha’s fur because it’s nice and warm.”

“Asha definitely saved the koala’s life by keeping him warm. He would have died out there if left alone all night. The poor thing could have been taken by a fox or something too.” Kerry said it “wasn’t easy” separating the two, as the koala put up a “huge fuss” when she tried to remove it from Asha’s back. 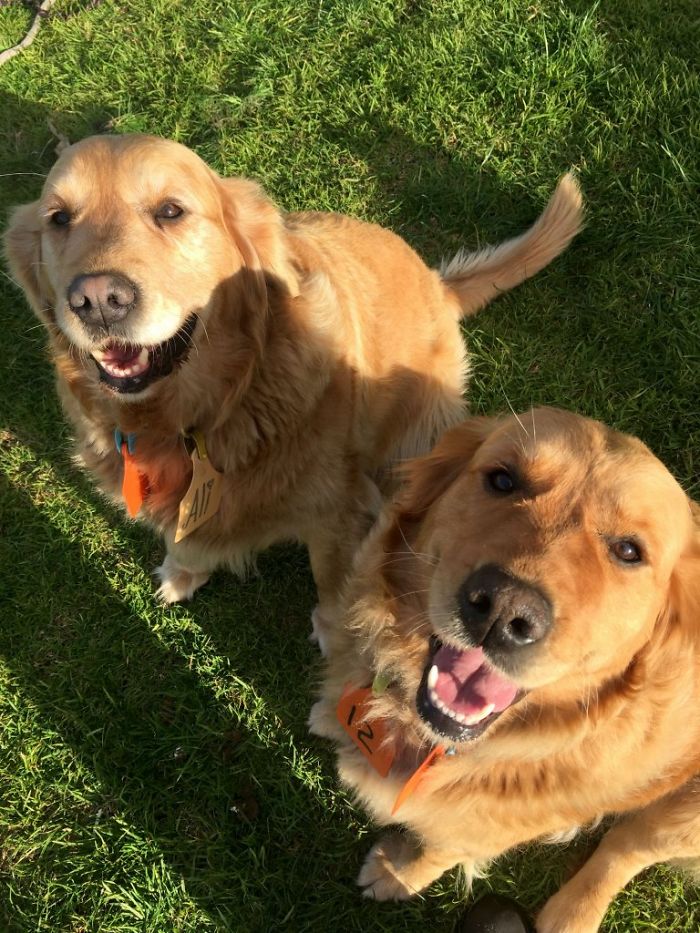 The woman said the little joey is all well, though. After being checked out by a vet, a local koala carer took the baby under their care until it can be released back into the wild. “I think dogs have that protective instinct. The koala didn’t want to leave Asha’s back. When we took the koala off to wrap it in a blanket, it hissed at me and carried on.”

“I think it would have been happy to have just slept there all day. It was really an amazing animal friendship to see and so uniquely Australian.”