Valentino was the unfortunate cat no human would touch, and for many reasons. The kitty’s fur was hardened and riddled with grime. His eyes were shut from being too caked and swollen for him to see anything. On top of that, the poor thing suffered from sarcoptic mange, a condition that is highly contagious to both cats and humans. But when Elaine Seamans passed by Valentino’s cage at the Baldwin Park animal shelter last week and heard his cry for help, she knew what to do. 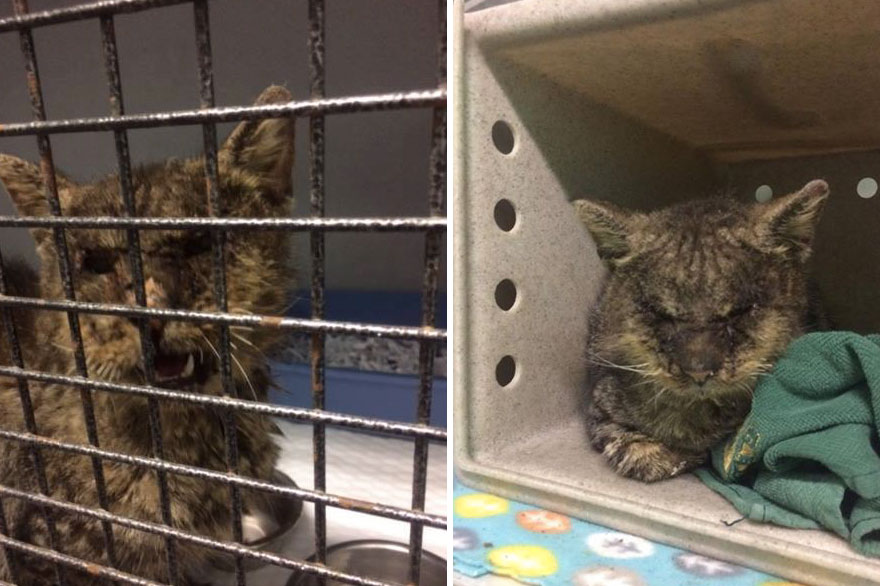 “He reached out with his little paw and made the tiniest meow,” Seamans tells The Dodo. “It was like he was screaming without verbalizing it: ‘Please help me’… There are times when it’s not an option to keep walking,” she adds. “You just have to stop. This was one of those times.” The woman pressed the kitty directly to her heart, and she wasn’t even wearing gloves. 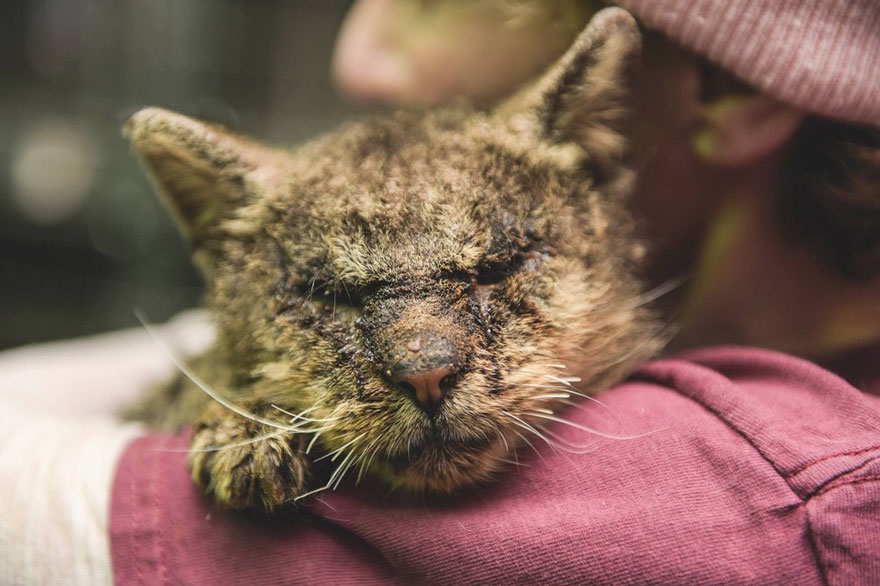 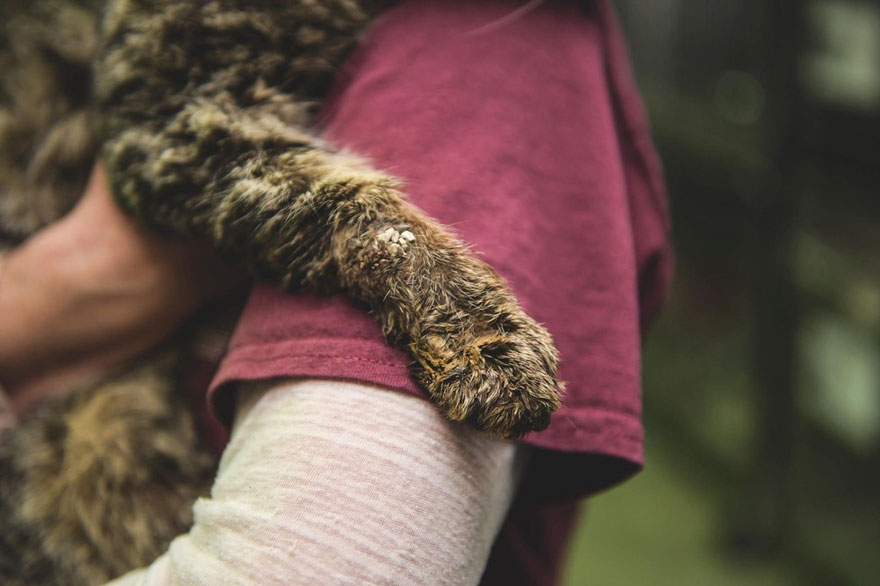 “When I picked him up, he put his little head on my shoulder,” Seamans says. “That was it. I had to get him out.” The rescuer contacted Toby Wisneski from Leave No Paws Behind, who took the kitty to the vet. There, he is getting the medical care he needs. They hope he will make it and be ready for adoption soon 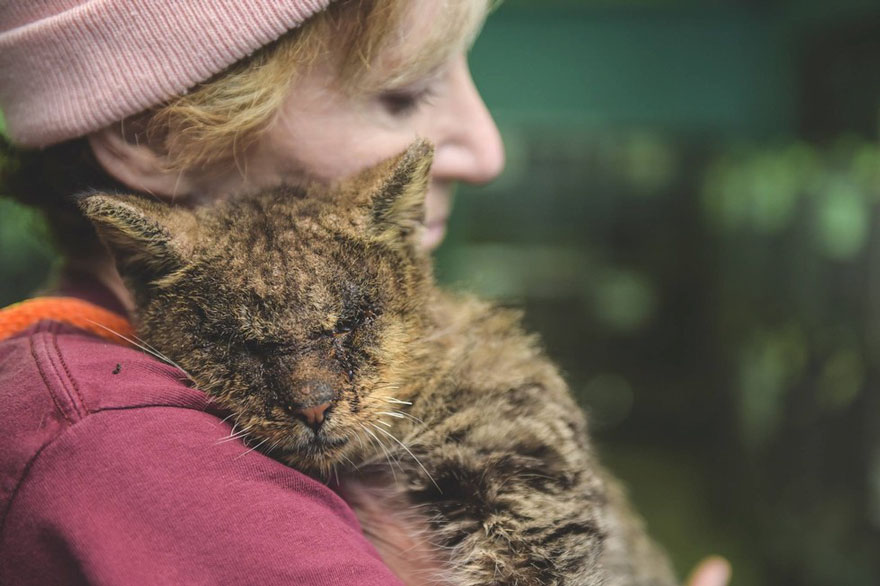