Their Mom and Dad adopted Larry back in 2009 from someone who needed to re-home him. Larry is an African Sulcata tortoise. He can grow up to 100-150lbs and will most likely outlive us all. He lives outside most of the time because he loooves sunshine and digging in the dirt.

In 2011, their Mom and Dad adopted Puka after a friend found her sitting at a bus stop, wearing a tiny little bow tie, with a homeless man. The man was unable to care for Puka so their friend offered to take her home, and their family of four was born. Puka is a mixed breed dog that happens to have been born with a cleft palate. For most dogs, this is a death sentence as corrective surgery is not always an option. Many aspirate food as puppies because of this malady and don’t live long. Puka, however, is thriving. She is ready to charm the world with her unmistakable grin! 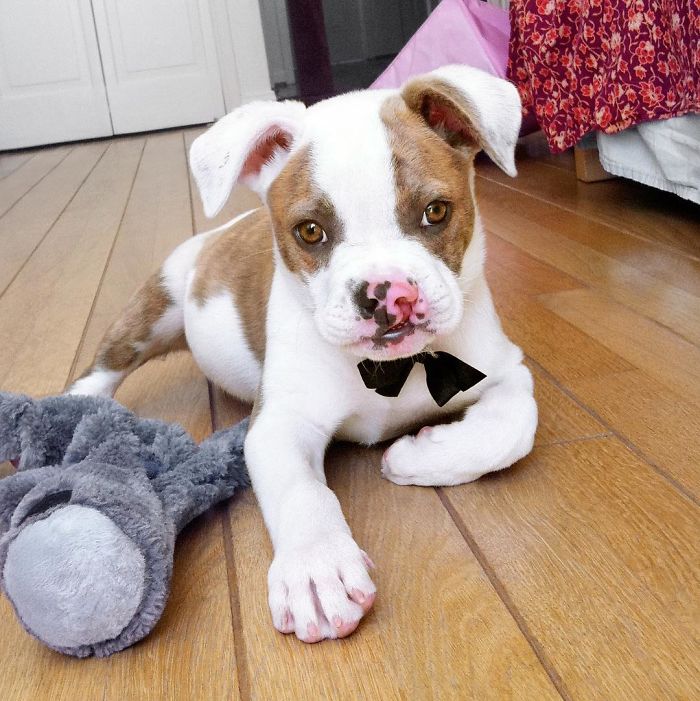 Puka took an immediate liking to Larry, and Larry was never afraid of her. When they were little they would cuddle in Puka’s bed and nap in all the sun spots in the house together. Now you might catch them lying next to each other, sharing snacks, checking in with each other to see what the other is doing, and every now and again you’ll catch Puka sniffing Larry’s face followed by a lick on his shell. They love to pose for pictures and cool off in the kiddie pool together and whenever Larry runs off somewhere difficult to find, all you have to say is “find Larry” and Puka will find him in record time! 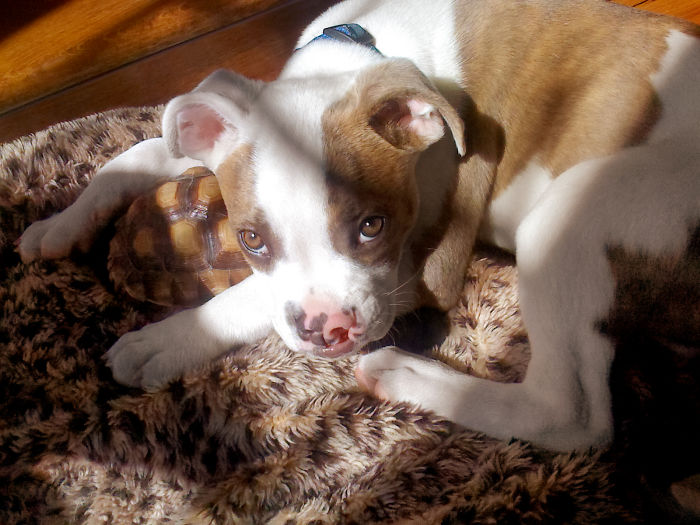 Puka and Larry are two animals that might never have found one another in the wild, but thanks to the kind hearts of their parents (and the power of animal rescue) they will be together forever. 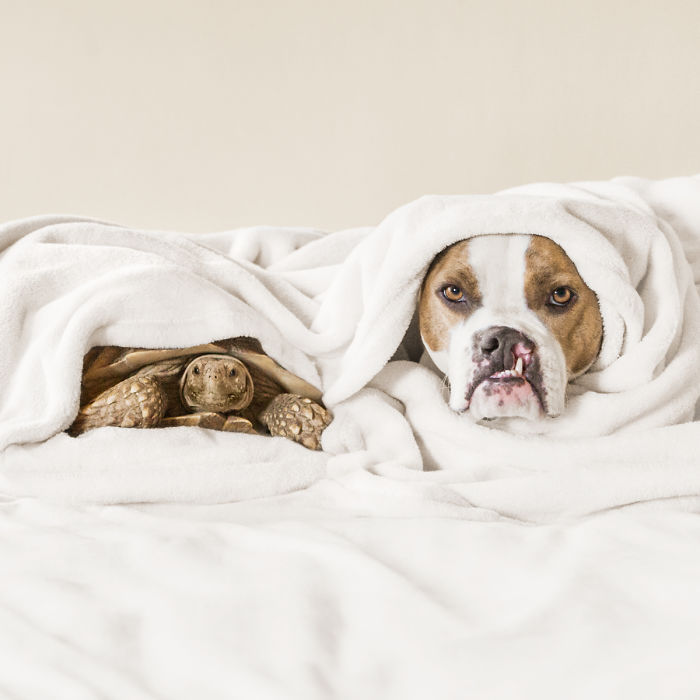