Whether or not you’ve seen Disney’s beloved The Fox And The Hound movie, you’ll love Tinni the dog and Sniffer the wild fox, two unlikely friends from two different worlds.

Tinni lives with his owner photographer Torgeir Berge in the forests of Norway. One day, while they were on a walk together in the woods, they met a wild fox that they named Sniffer. Despite the thousands of years of breeding and the social circumstances that stood between them, they became the unlikely animal friends. 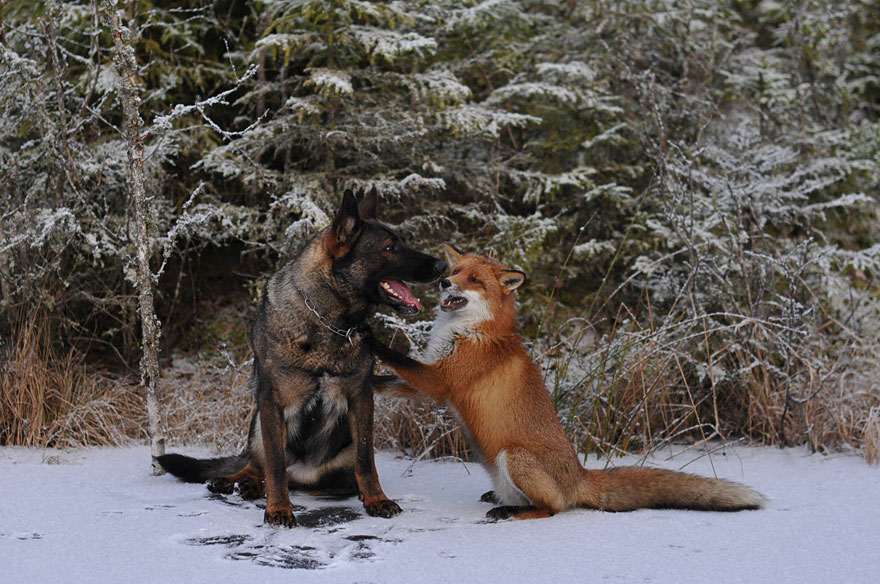 Now, Berge follows the cute couple around as they romp and play through the woods. Fortunately for the rest of us, he brings his camera along to capture the shenanigans of these animal friends. The way the two adorable animals play together reminds us that wild animals, which many of us fear or disrespect, can be far more similar to the domesticated animals we love than we thought. 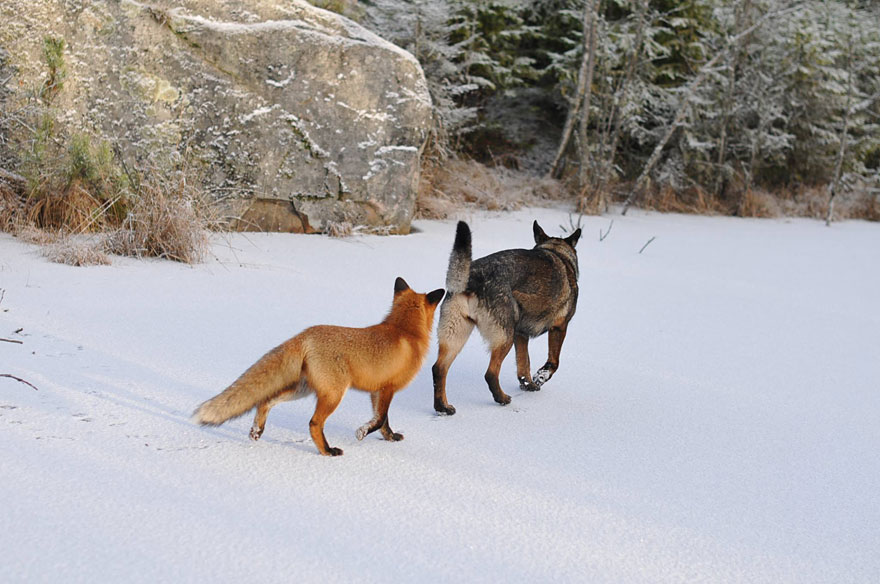 The experience has changed Berge’s mind about Norway’s fox-fur trade – he now wants to help work to ban the hunting of foxes for their fur. He hopes to achieve this in part by publishing a book about the duo’s adventures called The Fox And The Dog together with writer Berit Helberg.