A cute bunny named Arnie is finally adopted. He lives with his owners in now in a loving home!

This cute little boy used to live at Animal Care and Control in Manhattan. 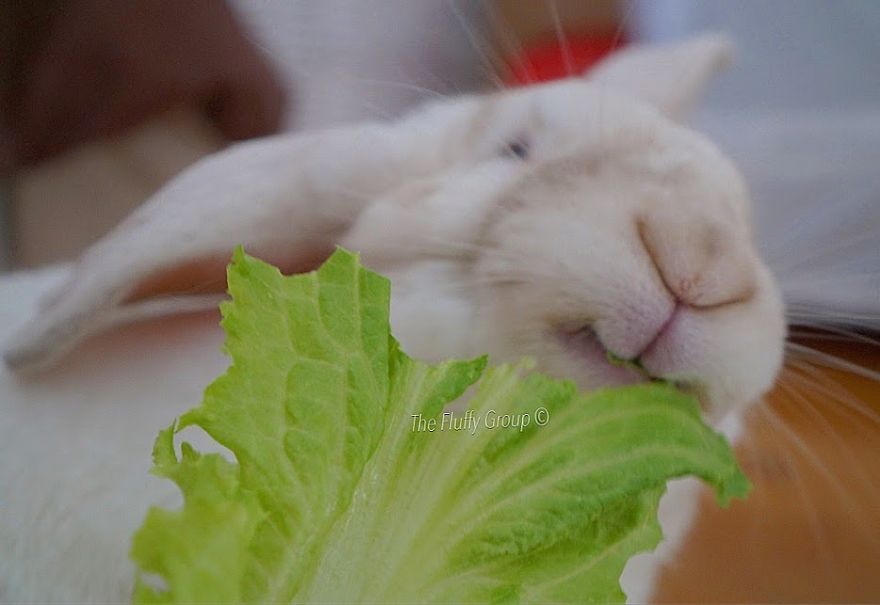 His owner has written to Bored Panda about Arnie’s life, since he was found abandoned in a park.

“He’d been abandoned in a park mid-December, but good people found him on time and took him to the animal shelter. As soon as I saw his ridiculously cute nose poking through the cage bars, I knew he was coming home with us. A choice that seemed odd to so many. To me, he was perfect. Covered with dirt, but still perfect I thought”, owner wrote to Bored Panda. 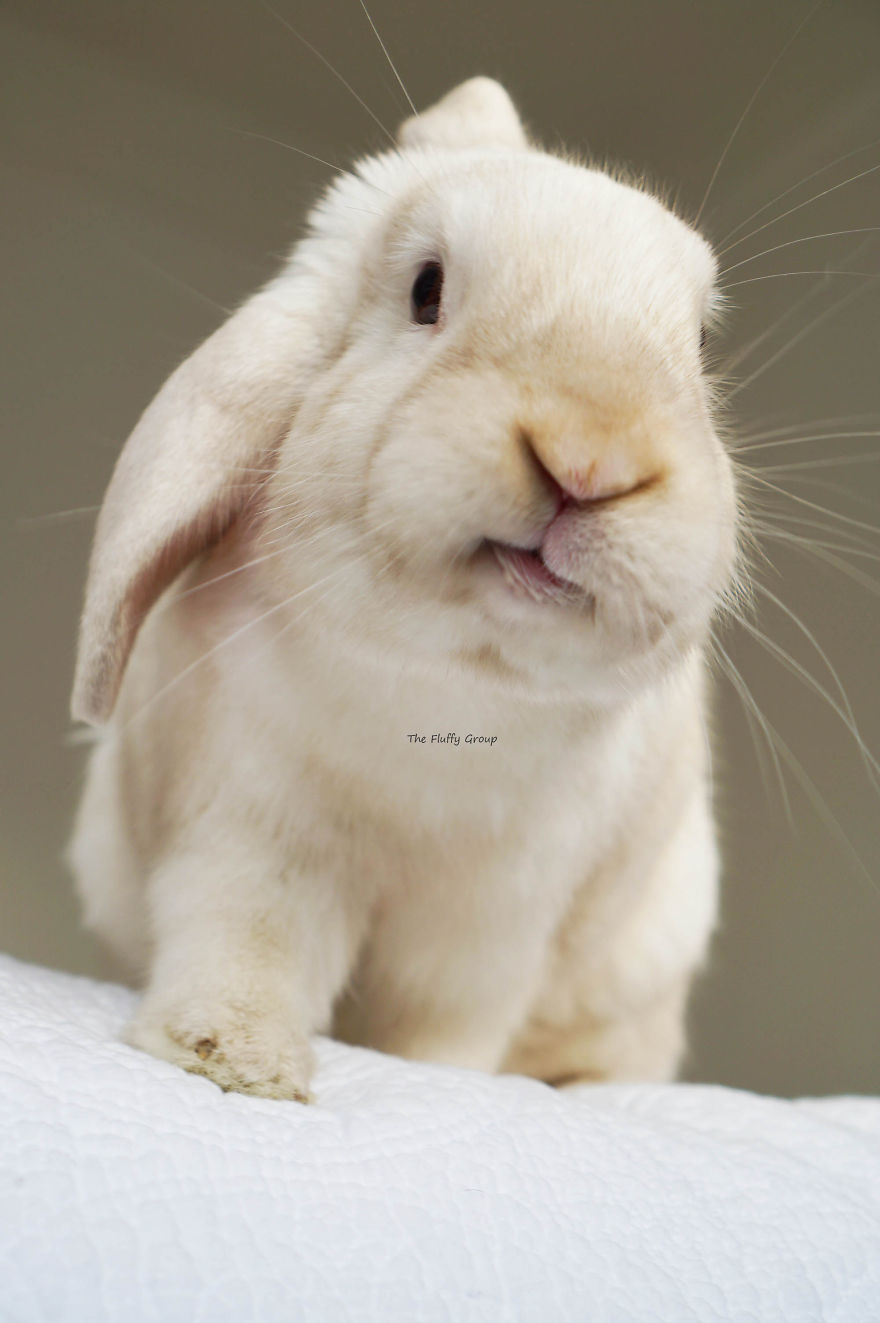 Now bunny has such a cute and new fresh personality. 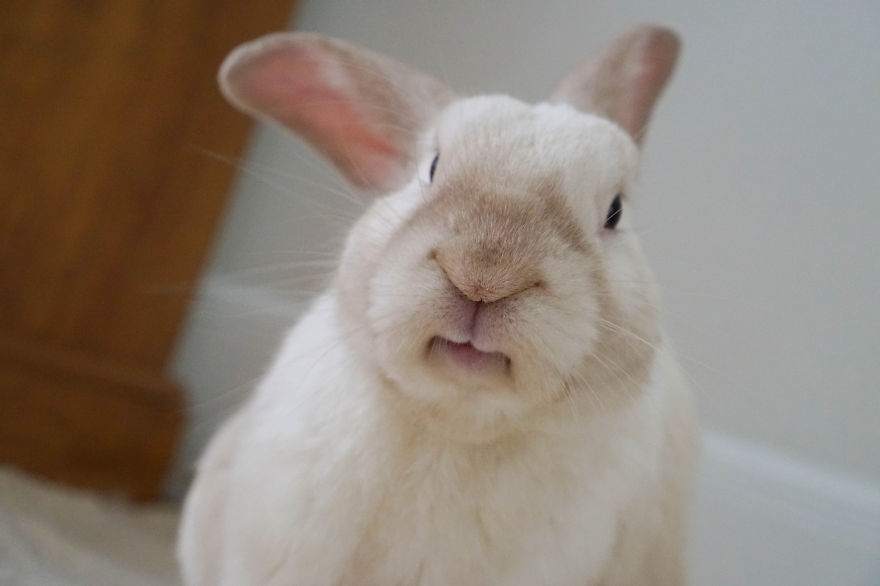 “A few months have passed. Arnie’s lonely, hungry, scary days are over. He is now bonded with his new friend, and much like Bonnie and Clyde, they concoct daily plans to steal treats from the cabinet. They roam free all day, doing stuff that bunnies do, and are never confined to a small cage. They are adorably different as personalities and make us laugh all day long. Arnie gets to fix the fabric creases on the duvet and sofa as much as he likes. Grizi then makes him some more. I guess if he could speak, he’d say he’s happy. But he can’t, so he just smiles”, owner added to Bored Panda.

Arnie is much more energetic and loves playing around.

Just look at his lovely face. Isn’t he the cutest ever? 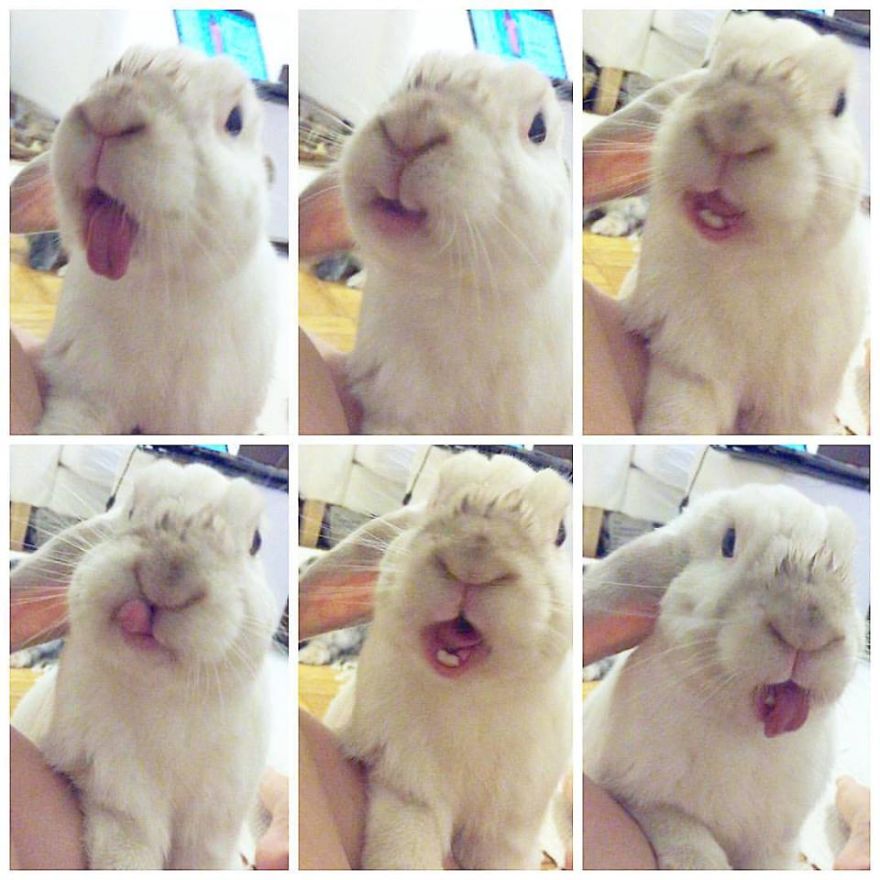