For most, the 14 inches of snow that blanketed Campbell County, Virginia, was merely an inconvenience, but for 12 little lives the freezing temperatures were the difference between life and death.

Just as the light was beginning to fade in the early evening on December 12, a passerby spotted a metal crate sticking out of a snow mound. With no houses nearby, the cage stuck out like a sore thumb and the Good Samaritan knew something was very wrong. 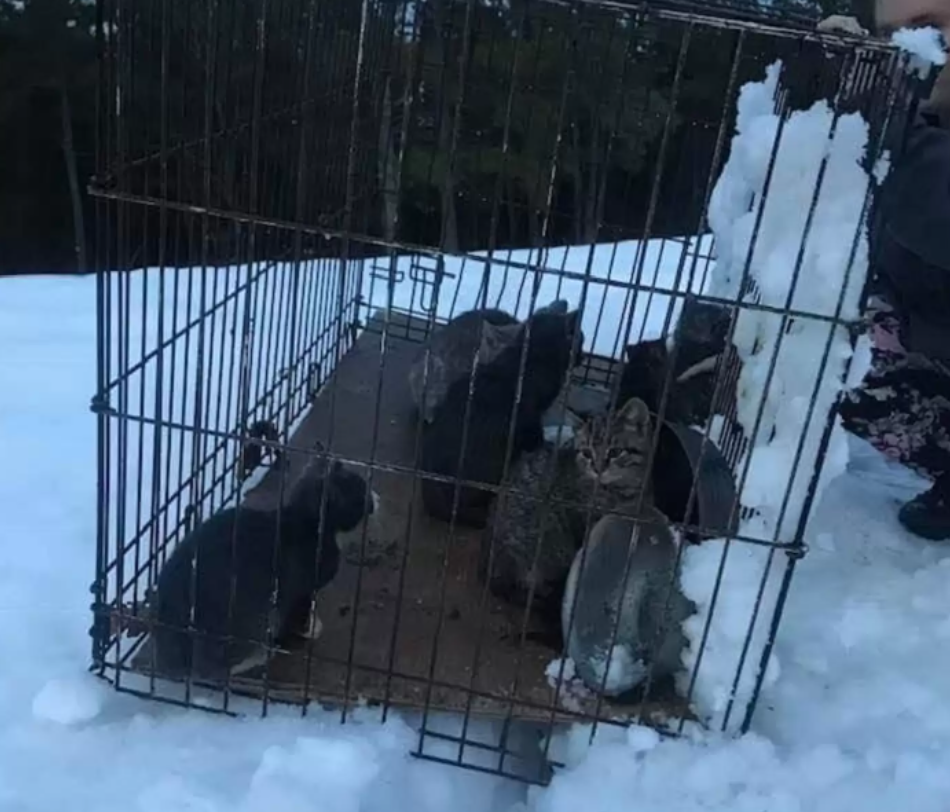 As the person approached, she saw six cats shivering inside the crate, but even more troubling were the four tiny kittens outside the cage in the snow.

When Melissa Labryer, an animal control officer, arrived at the scene, she immediately spotted the babies, who appeared to be 5 or 6 weeks old, lying lifeless in the white powder. Labryer quickly moved all the freezing cats into dry carriers and headed to the nearest animal shelter.

“‘I need help! I have frozen cats and I need some volunteers to help me back at the shelter,’” Labryer told a shelter volunteer, according to Barbe Shackelford, director of Friends of Campbell County Animal Control (FOCCAC). 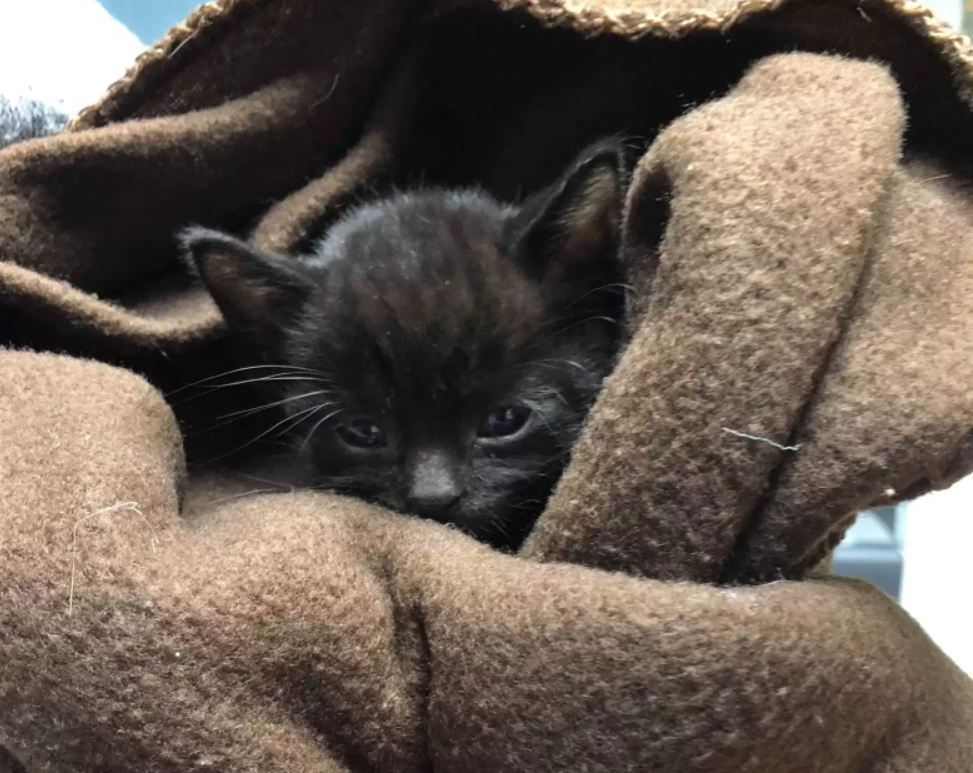 “[Labryer] mentioned there were 12 cats in need of revival,” Shackelford told The Dodo. “So the volunteer who got the call quickly put out a request for assistance from any other volunteers who happened to be currently logged in to the Facebook Messenger chat group.”

Volunteers quickly versed themselves in how to treat hypothermia, and gathered all the towels they could. “Within minutes of our arrival, we had a triage area established for the cats,” Shackelford said. “We started drying them immediately, but were really concerned about the four babies, who were under 1 pound each, and were so cold and wet. They were not moving.”

The volunteers untucked their shirts and put the kittens next to their skin with hot water bottles in hopes of regulating their temperatures, and soon there were signs of life under the clothing. Thanks to the quick action of the animal control officer and the volunteers, the abandoned cats were soon dry and grooming themselves as if nothing had happened. 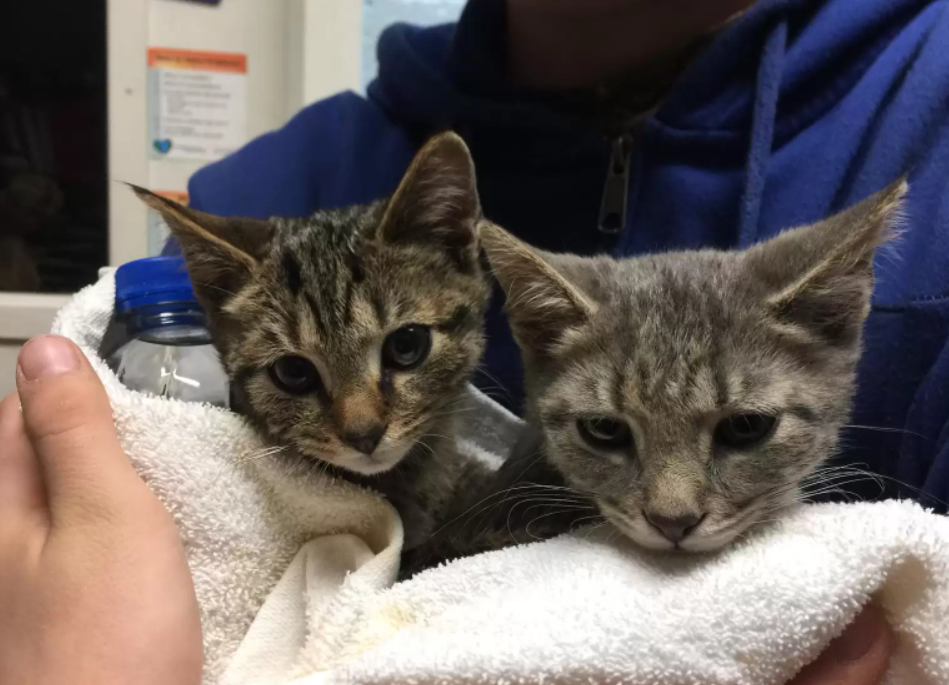 “All the cats were purring and enjoying attention by the time we had cleaned up and were ready to leave,” Shackelford said.

One member of the group, which has been dubbed “the frozen 12,” has already been adopted, and three others, Frenchie, Ring and Swan, are ready for their forever homes. 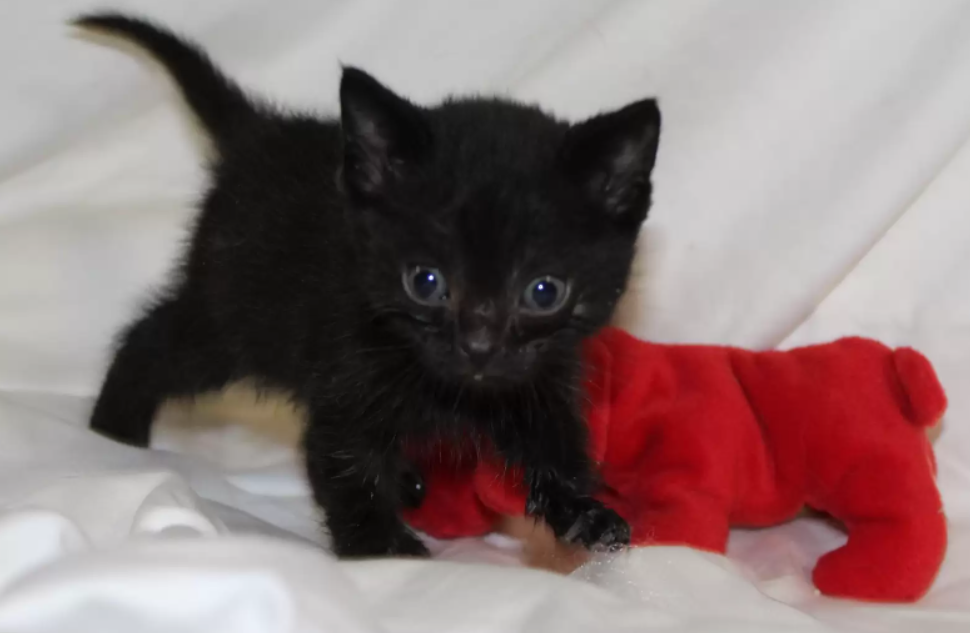 For the four kittens found in the snow, the road ahead is not yet clear. “They are eating well, but the tiniest one, the little black one with such expressive eyes, had a setback, and is very fragile,” Shackelford said. “[He] will need TLC for some time before we feel confident he will survive his ordeal.”