Whisper the stoat was lost and abandoned by her mother and brought to Robert Fuller after she was found at just a few weeks old. The wildlife artist and wildlife rehabilitator began to nurse her when she was very young.

“Whisper (so called due to her incredible quiet nature) was put into my care when she was only about 4 weeks old, eyes still closed, unable to support her own head,” Fuller writes on his YouTube channel. “In the beginning I was feeding Whisper every 3 hours, to help her grow and develop into a healthy adult stoat.”

After several weeks in his care, Fuller noted that Whisper really liked human companionship, but he knew that had to change if she was going to be successfully released back into the wild.

He felt sorry for her, knowing she didn’t have any companions like her. She needed to be among her own kind if she was going to have any chance of surviving.

He kept a look out for another abandoned stoat kit with the help of other rescuers like him (he works with Mustelid Rescue, a group dedicated to the rescue of stoats and weasels). 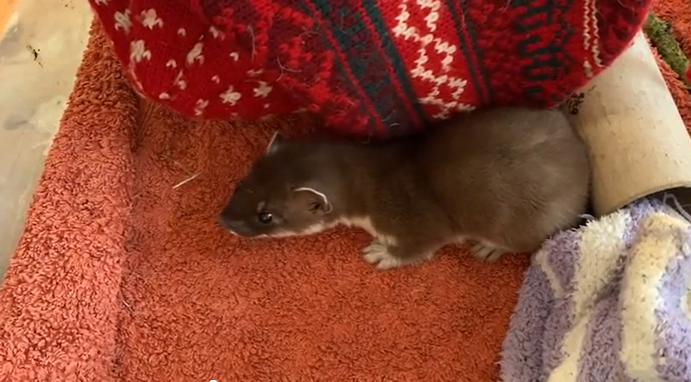 As luck would have it, another kit was found in a garden in northern England by a family. Her name is Stuart. Fuller picked her up, and shortly after, he introduced the two baby stoats to one another. Neither of them had ever seen another stoat before, so it was quite the meeting! Whisper’s and Stuart’s reactions to one another are so adorable!

At 7 weeks old, Whisper was just the right age to meet another stoat. “Whisper was truly becoming a stoat, her tail had the iconic black tip of a stoat and she began to explore and bite anything that she could,” he writes. “This is when Stuart comes into the picture, I drove to Lincolnshire to meet up with some people from Norfolk who had a stoat kit of a similar age – Stuart. It didn’t take long for these rescue stoats to form a very strong bond, through playing and spending time in the company of one another, they both grew in confidence.” 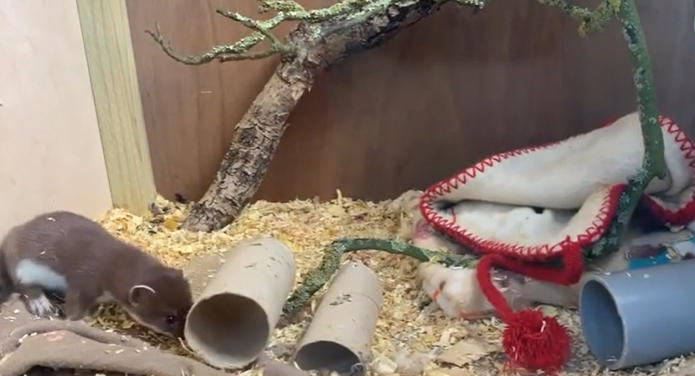 By 10 weeks old, Fuller says that the two stoats had “developed so well through playing and fighting, that it was time to move them into their new enclosure.” From there, they were granted access into the badger set and after that they were released into the wild! 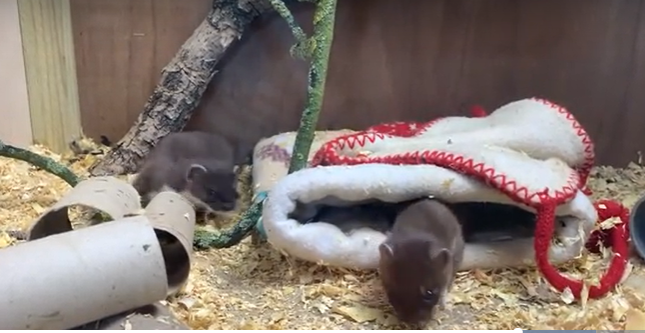