A man called out to Tamara Johnston, who was out feeding a group of stray dogs in Songkhla, Thailand.

“He was pointing, and I thought he was telling me to feed my street dogs in one particular place, but then I saw a basket,” Johnston, founder of Thai Street Paws Rescue, told The Dodo. “Then I heard them say in Thai that there were puppies.” 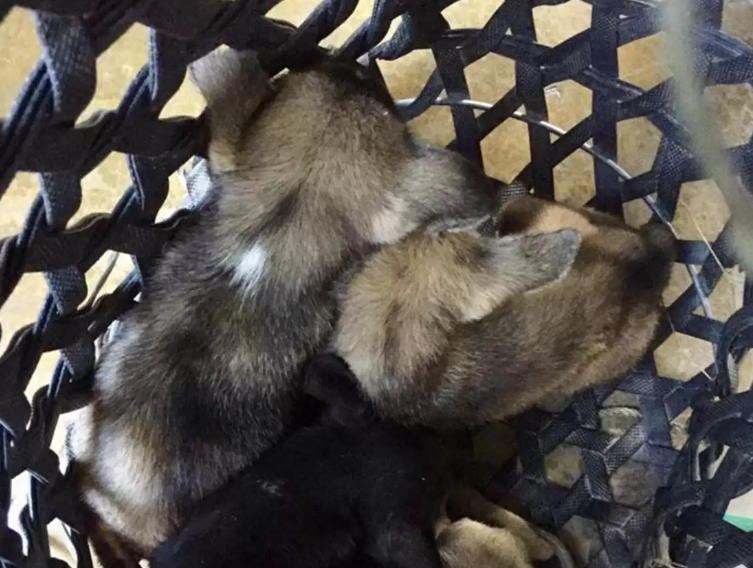 The man approached Johnston, carrying a plastic mesh basket. Inside were three squirmy puppies — and another puppy from the same litter was running loose on the streets nearby.

Johnston wanted to help the puppies, who were about 2 months old, but she hesitated. She’s currently taking care of about 100 dogs in Thailand, and she struggles to pay for food and medical care. She also has a limited number of people helping her, so most of the work falls on her shoulders. 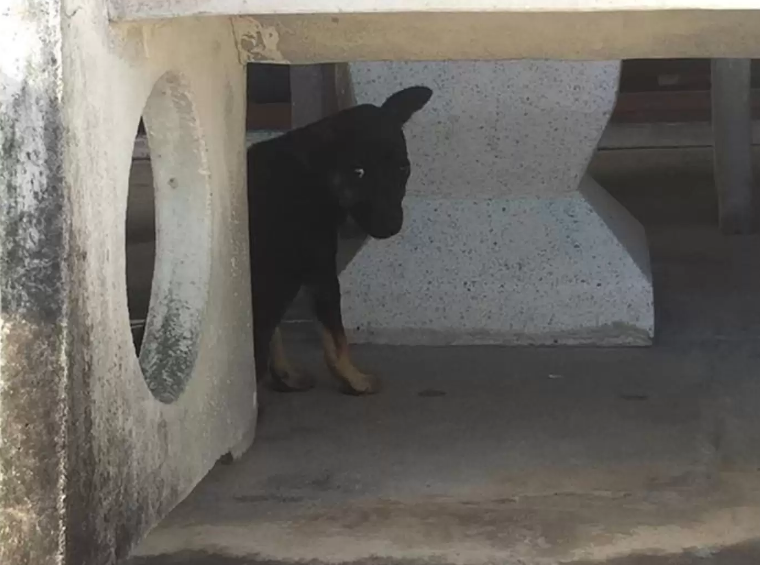 At the same time, she found it impossible to turn away, especially once the man told her he’d dump them if she didn’t take them.

“These puppies were so scared and looking at me,” Johnston said. “They needed help.”

While it’s not entirely clear where the puppies came from, Johnston believes they were born on the streets, but the man wanted to clear them out of the area. 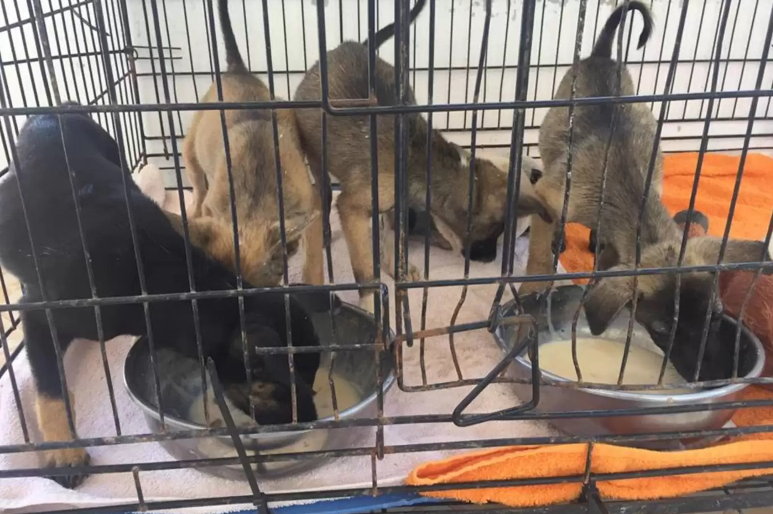 “It’s pretty common here that once puppies get to a certain age, and they start to wander … people don’t want them around anymore,” Johnston said. “Because then they’re getting older and they start to reproduce.”

In Thailand, there’s a huge number of dogs living on the streets — more than could ever be rescued and rehomed. But if these puppies remained on the streets, they probably wouldn’t last long.

“These puppies would either get left there and run over, or he would dump them like he said he would,” Johnston said. “And they were so tiny that they didn’t stand a chance.”

Johnston took the puppies back to her sanctuary, where they’re currently being kept in quarantine while being screened for contagious diseases.

“Right now, they seem OK,” Johnston said. “There’s a couple that are a little underweight. They’re covered in fleas and ticks. They were starving — we just fed them again now.”

Once the puppies get older and gain strength, they’ll be up for adoption anywhere in the world.

“I really want to find these guys homes as soon as possible,” Johnston said.

These puppies are safe now, but there are thousands more dogs and puppies who need help — and the situation is overwhelming for Johnston to handle alone.

“People here often take pictures of me and laugh, instead of offering a helping hand,” Johnston told The Dodo in 2017. “People will ask for my help without offering any. So, on top of my actual job of rescuing and treating, I also have to deal with so many outside obstacles that just make my job even more difficult. But I’m determined and will never give up on these dogs or any other animal that needs my help.”