Astra and his four siblings were abandoned in a box on the side of the road when they were just 8 weeks old. Someone found them and was walking the box over to a nearby RSPCA branch when Astra got a little spooked — and jumped right out of the box.

The confused and terrified little kitten ran straight under a parked car and refused to come out. When staff from the shelter came out to try and help, Astra had climbed into the car’s engine, and was completely unreachable. 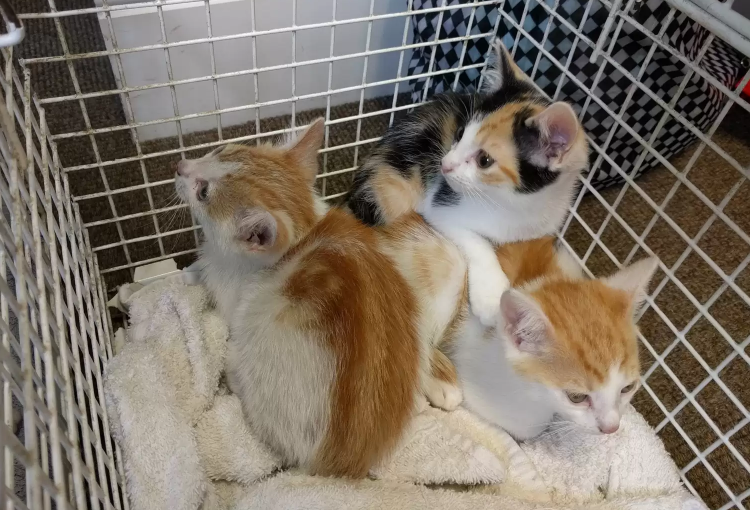 “We tried to coax him out but with no luck, so we called an RSPCA officer to see if she could help us,” Jo Maddock, manager of the RSPCA’s Nottingham branch, said in a press release. “It quickly became clear that we needed more help as the kitten had got himself stuck right in there. We thought about jacking the car up but we were concerned about crushing him as the gap he managed to cram himself into was tiny.”

Not wanting to hurt the kitten or to scare him enough to make him run into traffic on the busy road, the shelter staff decided to contact the local fire department to come and help. The firefighters carefully jacked up the car when they arrived, but soon realized that the only way to get the kitten out would be to remove one of the car’s wheels. 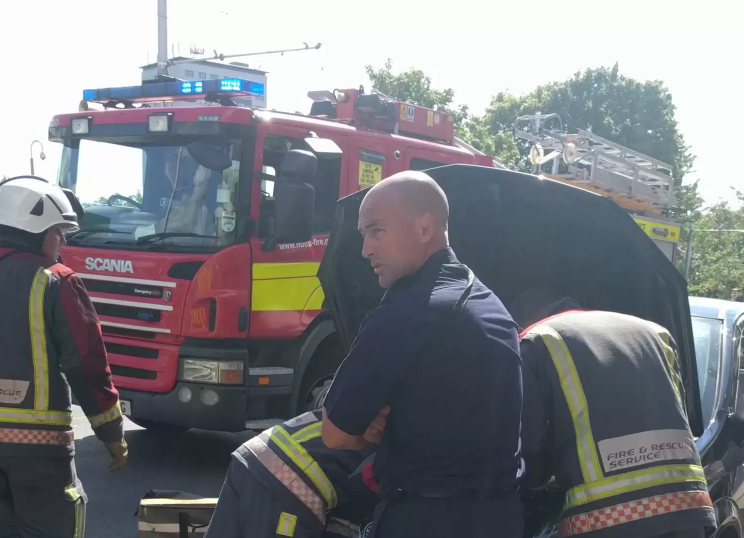 “Thankfully this worked and he was safely released,” Maddock said. “He was a little shocked — and very dusty — by the ordeal but other than that he was fine and we were able to reunite him with his littermates.”

After the rescue, shelter staff decided to name the little kitten Astra after the car he’d been hiding in, and named his other siblings after cars as well: Victor, Nova, Adam and Viva. 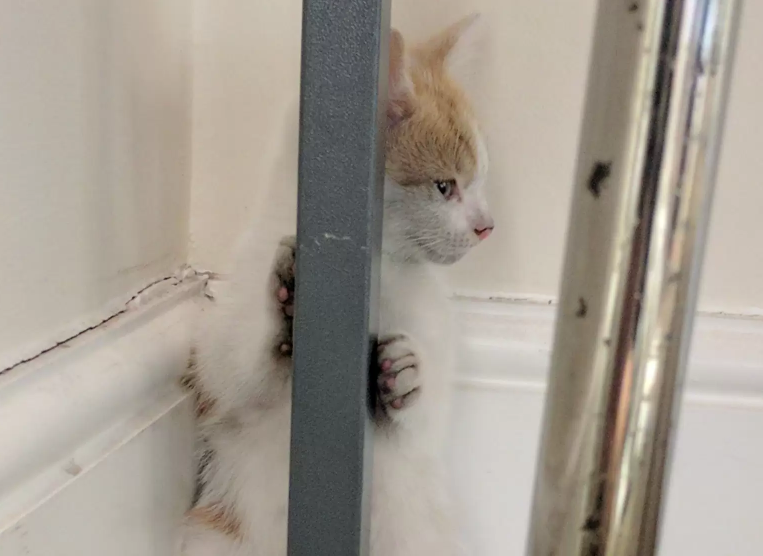 “The fire service were great and we’d like to thank them and the lady whose car Astra took refuge in,” Maddock said. “It is a reminder of why we do what we do — this job is never boring! We really wanted to get Astra out safely and now he can look forward to going to a lovely new home when he is old enough.”