When 17-year old Elliot Sherin took a cruise to Jamaica last December, she never expected to save a life in the process.

Sherin and her dad were supposed to go horseback riding on the beach one day of the trip, but when they arrived her eyes zeroed in on a pack of homeless dogs wandering the ranch. 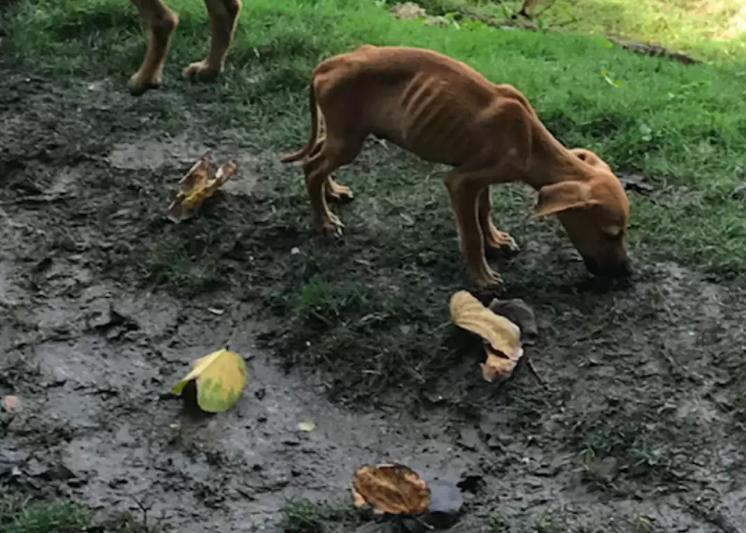 Trailing behind them was a tiny puppy, nothing but bones and covered in grime. His front legs were wobbly and turned inward. He couldn’t have been more than 3 months old.

She named him Kingston.

“The rest of the dogs walked right up to us looking for food,” Sherin told The Dodo. “But he was very scared. He wouldn’t let us get near him. All I could think of was, ‘How am I going to get him out of here?’”

She left food for the puppy and rushed back to the cruise ship to do some research. She found Animal House Jamaica online, and contacted the group to see if there was anything they could do to help her save Kingston. 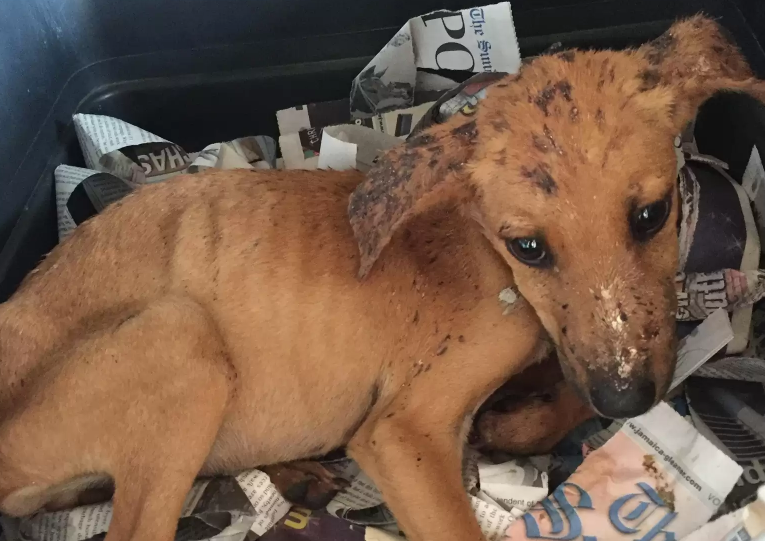 “At that point, I was completely set on rescuing this dog and bringing him home with me,” Sherin said. “I couldn’t stop looking at the picture I had taken of him. I could tell he was such a sweet little dog, just very scared. Meanwhile, my family was saying, ‘Yeah right, that’s impossible.’”

Luckily, the rescue told Sherin that they could help if she could somehow capture the dog and bring him to their shelter. As long as Sherin could help cover veterinary care and his flight home, they would get him healthy enough to fly him to her home in Seattle, Washington.

The situation suddenly became more realistic. Sherin’s parents agreed that if she could pay for his travel costs on her own, then they’d allow her to have the dog. She launched a fundraiser online, sharing Kingston’s story and asking friends and family to contribute in any way they could. 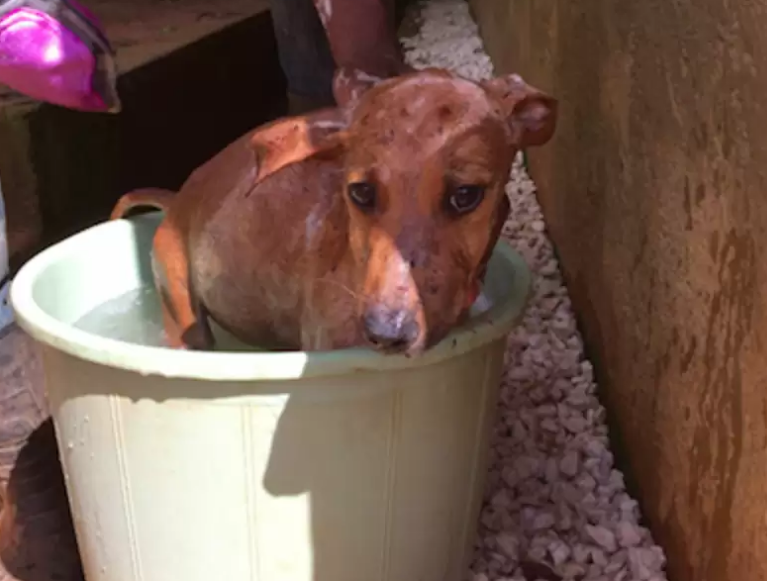 She was only in Jamaica for a few more days — but she knew she’d be able to convince the ranch employees to catch the puppy and bring him to the shelter. She was stubborn — and determined.

“They weren’t too keen on helping me at first,” Sherin said. “They saw him as just another puppy dumped on the streets. I had gone home by then, but I kept bothering them for three weeks straight.”

Sherin’s steady persistence paid off. The rescue contacted her soon after with news that the ranchers had caught Kingston and he was safe at the shelter.

“He was really malnourished, covered in cuts and scrapes and had heartworms,” Sherin said. “He was with the rescue until February just getting healthy enough to fly.”

After raising over $900 with the help of family and friends, Sherin could finally book Kingston’s trip home. She donated the leftover cash to the rescue for taking such good care of him, and patiently waited for his homecoming.

The day finally came in mid-February — and Sherin couldn’t have been any more elated.

“We got to the airport where he was waiting with all the other pets who had flown in,” Sherin said. “They lifted up the garage door and I saw him sitting in his crate … and I just cried. He was here, after everybody laughed at me for being a kid and trying to set all of this up on my own. He was home and he was so beautiful.”

Knowing how afraid Kingston was back on the island, Sherin was worried that he would be really stressed out in his new home. But he wasn’t. 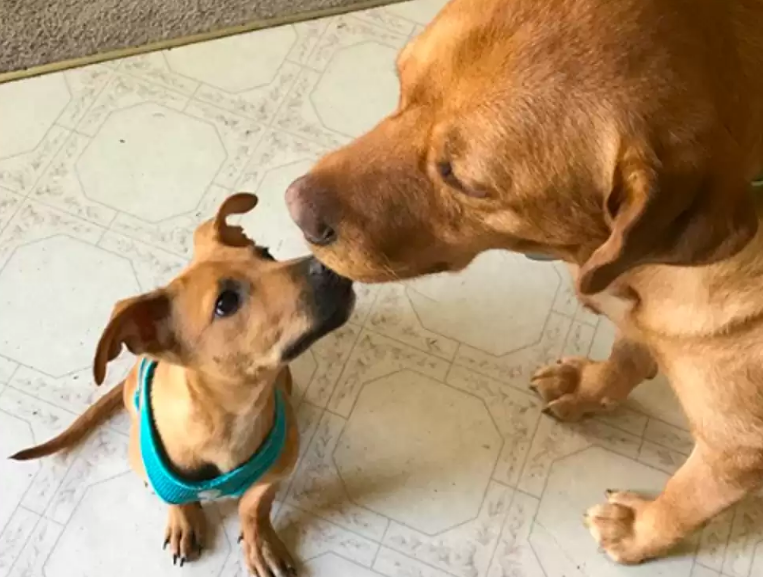 “After about 10 minutes of exploring he came back and sat down right in my lap,” Sherin said. “You could tell he was so starved for attention. He just wanted someone to love and bond with.”

After a checkup with Kingston’s new vet, it was determined his legs were bowed due to a calcium deficiency — which developed from not having a proper diet during his first months of life. It’s expected to improve on its own, but the family will have to keep an eye on it in case he needs to start wearing braces for support.

“The rescue told us that Kingston had probably been dumped out there as a puppy,” Sherin said. “So he has been struggling and starving out there his whole life.”

Now around 8 months old, Kingston is as happy and healthy as ever. He loves every person he meets — and adores his big brother, a 6-year-old Lab named Bentley.

His days are no longer spent scrounging for food or running from loud tourists. Now, he goes to the dog park, snuggles in a cozy bed and eats all the treats he wants.

Sherin’s parents, who were hesitant at first, have completely fallen in love with Kingston, too.

“They adore him,” Sherin said. “My dad and him take naps on the couch, my mom tucks him into bed with his little blanket every night.”

Seeing how great Kingston’s life is now, Sherin can’t help but beam with pride every time someone asks where he came from.

“Getting him here is what I’m most proud of in my entire life,” Sherin said. “Before Kingston, I had never visited a country where feral dogs are so abundant. I had never seen a dog so malnourished that he could barely stand. He opened my eyes to so many things. I’m grateful. And he is too.”