“It was my first time seeing a white squirrel as they are so rare, but hopefully it won’t be the last,” Andrew says. “It took me a while to find the squirrel even though I knew there was one in the park due to word of mouth and other people reporting it,” he adds. 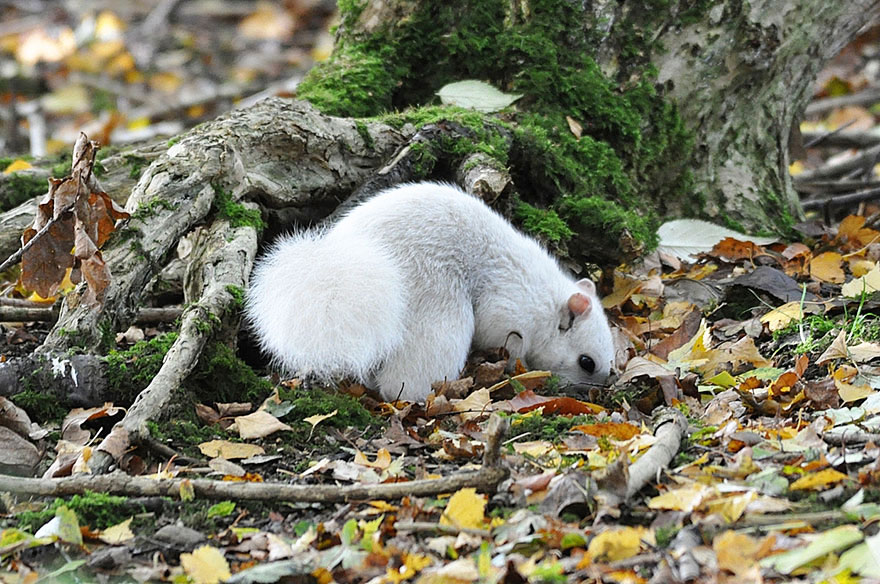 There’re roughly 5 million grey squirrels in the UK, but only one in a million is affected by leucism, a loss of pigmentation. Unlike albinism, leucism doesn’t turn the eyes red or affect the animal’s eyesight. 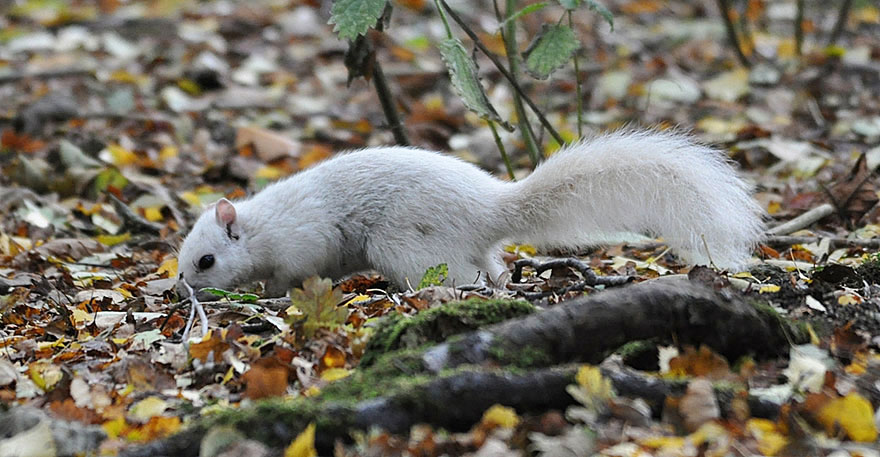