Meet this lovely dog that has such a grumpy cat. This is Proshka! He is stealing hearts in Internet with his amazing and unique look by looking like the character Gizmo from the horror movie “Gremlins” and Chewbacca from Star Wars.

Also, Proshka has a lot of followers on Instagram.

He is followed by more than 25k people. Can you imagine that? 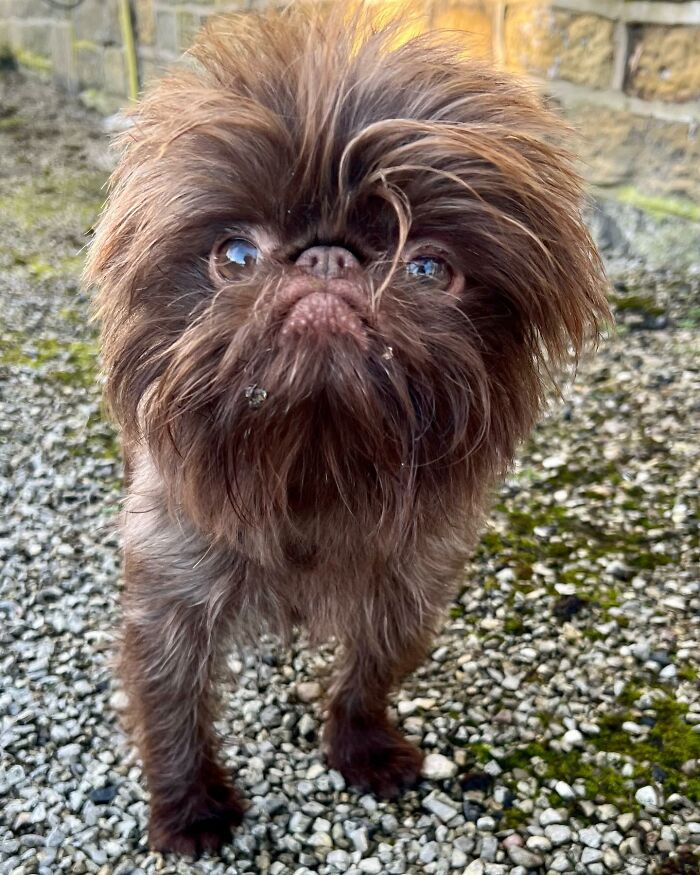 “We’ve had Proshka ever since he was a pup. He is now 2. Despite his appearance as grumpy, he is a very comical, loving dog.The first time he was called Chewbacca was when I took him for his vaccinations and a young man said ‘hey, it’s baby Chewbacca.’ It’s like that all the time now, we get stopped all the time on walks, people want to know what breed of dog he is and liken him to Chewbacca, Gremlin or the Grinch. He seems to enjoy the attention he gets”, Stefani Doherty told Bored Panda.