A white-faced fawn, who was rejected by his mother because he looks different, has been adopted by some farmers in Cedar Springs, Michigan. 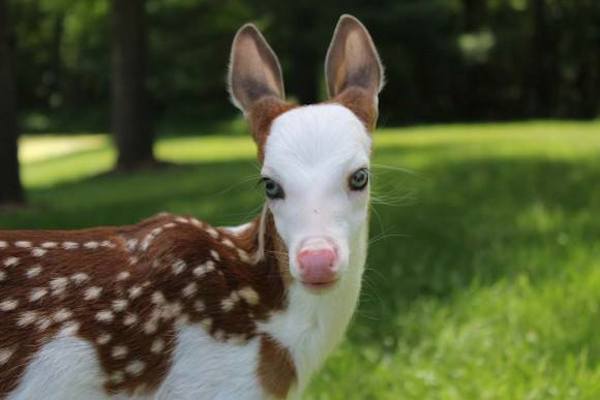 The whitetail deer was born with a genetic defect known as Piebald. It affects less than 1 percent of the deer population but the more pronounced white and brown patterns make Piebalds more difficult to camouflage themselves and hide from predators. This is likely the reason the fawn’s mother abandoned him.

WTEN reports that the deer was born on Deer Tracks Junction working farm and has been named Dragon by the farm’s owners. 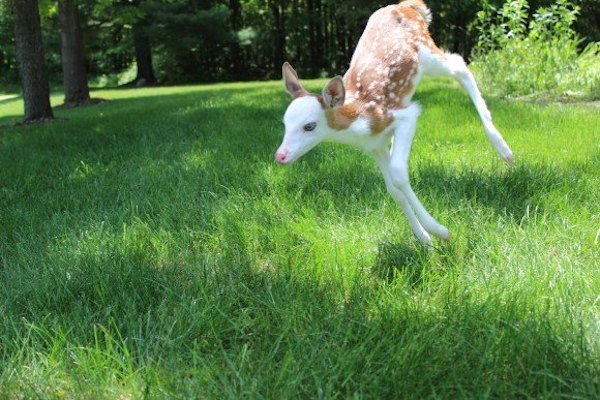 The news station, which published more pictures of Dragon on their website, says he’ll be bottle fed until he’s ready to join the other deer in a fenced-in pasture.