Cola is barely a year old and was just doing what puppies do. He managed to get out of his home and went over to a neighbor’s property where he found a pair of shoes and began to chew on one of them. That simple action would have dire consequences. 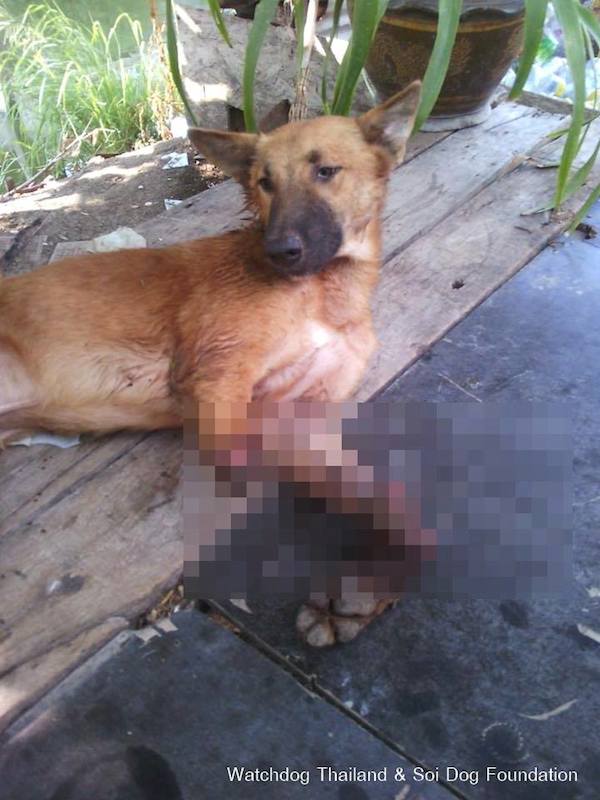 “The man who owned the shoes complained to the lady who owns Cola and she willingly paid him compensation for the damage caused. Not satisfied with this, the man later entered the lady’s property and attacked Cola, severing both lower legs with a sword,” explains Soi Dog Foundation, an animal rescue in Thailand.

The brutish man also threatened Cola’s owner that he would kill her other dogs if she complained. But she wouldn’t be intimidated and contacted Soi Dog Foundation’s law and suppression unit. Police investigated and the man was prosecuted under the country’s new Animal Welfare Law and received a month in jail. After Cola’s legs were sliced off, his owner rushed to an emergency vet hospital. He somehow managed to survive the blood loss and infection but he was far from out of the woods. That’s when Soi Dog stepped forward and took Cola to a specialist hospital.

He pulled through again and was soon getting around in a wheel cart. Given the circumstances, Cola’s owner did not feel that he would be safe to return home and was grateful when Soi Dog offered to take Cola to their shelter in Phuket. 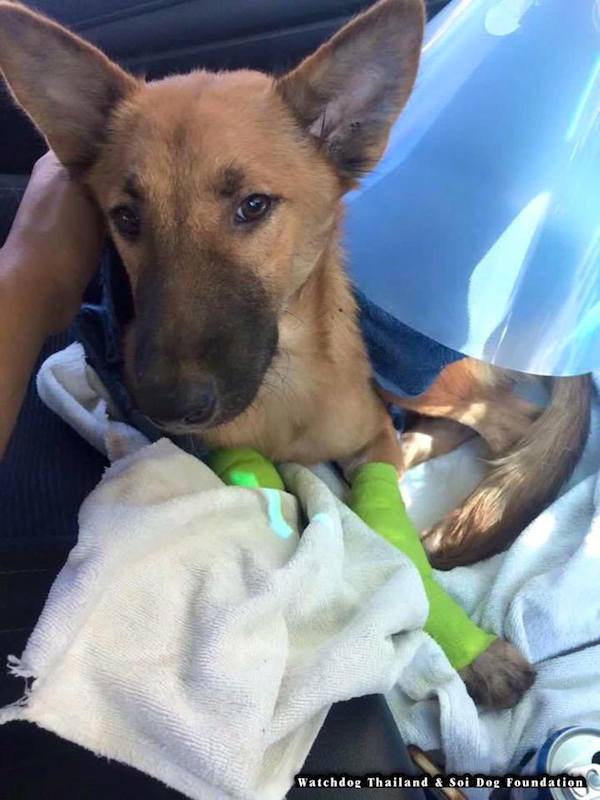 The rescue shared some heartwarming videos of Cola’s recovery, which show how quickly he picked up using his new prosthetics.

When they put on his new legs, he eagerly gives them plenty of kisses.

Now a year old, Cola is walking up stairs and enjoying time with his rescuers as well as time on the beach! 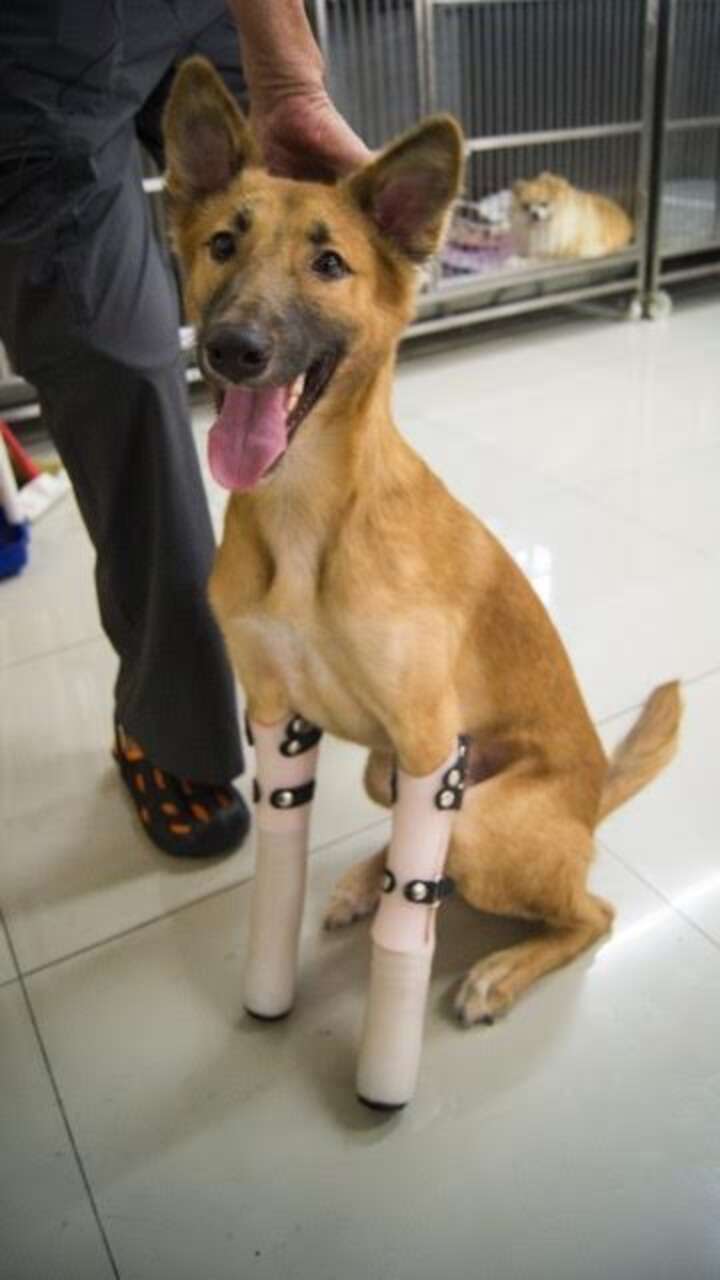 Not only is Cola walking on his own again, Cola also met Soi Dog’s co-founder Gill Dalley and the two made an instant connection.

Gill knew exactly what Cola is going through, having lost both her legs to septicemia 12 years ago. She got the serious blood poisoning when she was trying to rescue a stray dog. Cola and Gill’s friendship has blossomed into a stronger bond, so strong that Gill has adopted him!