“At 5 weeks old, the polar bear cub is doing very well; she weighs a little over 4 pounds and measures 16 inches long!” the Columbus Zoo and Aquarium wrote on Facebook. “Both eyes have started to open as of yesterday, but they are not fully open yet.” 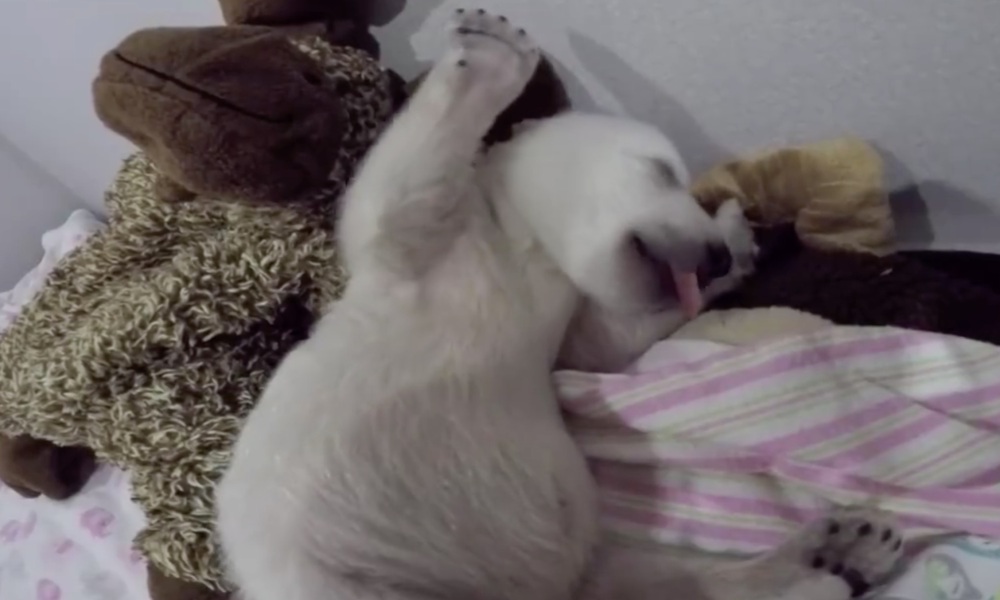 The cub was born at the zoo on November 6, 2015 by her mother Aurora along with a sibling. Sadly the sibling died. This cub remained with her mom until zoo animal care staff noticed Aurora was not looking after the newborn adequately, so they made the difficult decision to begin hand rearing the cub.

“The care staff says the sound that she makes in the video is of contentment. Her motor skills are improving each day and she has started trying to stand up on all fours, especially when she’s ready for her next meal! She is on six feedings a day, every four hours.” 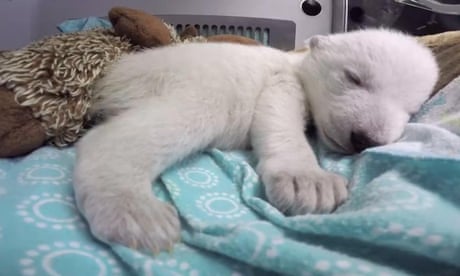