Dogs are, surely, one of the best parts of our human lives. They don’t judge, be it someone’s character or looks, they just enjoy life as it comes. But sometimes, humans can’t see past an animal’s exterior and choose four-legged friends that are aesthetically pleasing. Luckily, there are ones who judge a pooch not by their looks, but by their heart and that’s exactly what a pair, Amanda Richter and her boyfriend Brad Ames did when they came across Brodie.

Brodie is a German Shepherd/Border Collie mix, who was, unfortunately, attacked by his mother at a fragile age of 13 days. The dog attack left the puppy’s face disfigured and as of result, Brodie is now partially blind. But once Richter and Ames set their eyes on the adorable dog, they fell in love.

Brodie’s new owners couldn’t care less about his wonky features when they visited a dog shelter called Old MacDonald Kennels in Alberta, Canada, they knew right there and then this cute dog was meant for them and they adopted him on the spot. 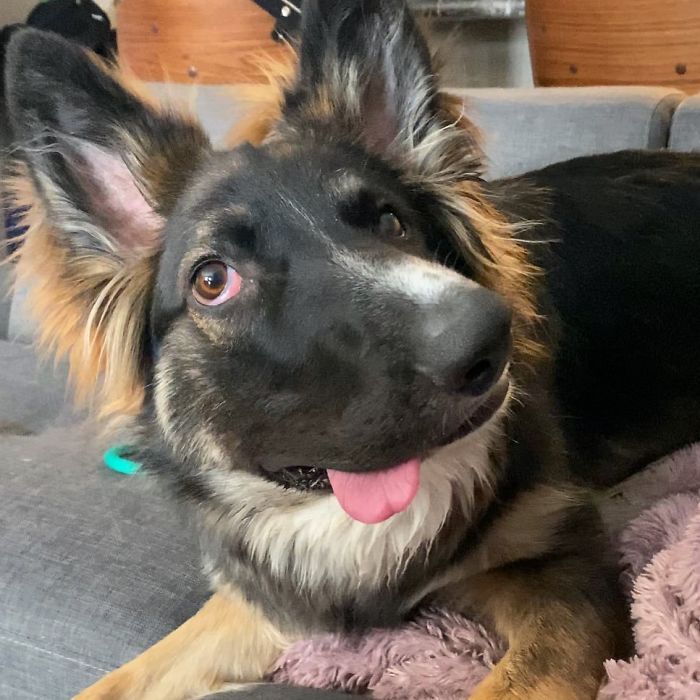 The new owners dedicated an entire Instagram account to share this silly dog’s life and how much fun he was having. In some videos he can be seen joyfully playing with a ball, in other he’s getting ecstatic head scratches and it truly seems like he isn’t bothered by his looks. As fans requested to see Brodie as a puppy, the owners complied and shared a photo with the caption:

“A lot of you guys asked what Brodie looked like as a puppy…..so here you go! Thanks to his old family for getting in touch and showing us just how sweet of a baby he was!”

Before becoming part of Amanda Richter and Brad Ames’ family, Brodie was once adopted by another person. However, they had to give him back to the dog rescue shelter as they weren’t able to keep up with the pup’s endless energy. 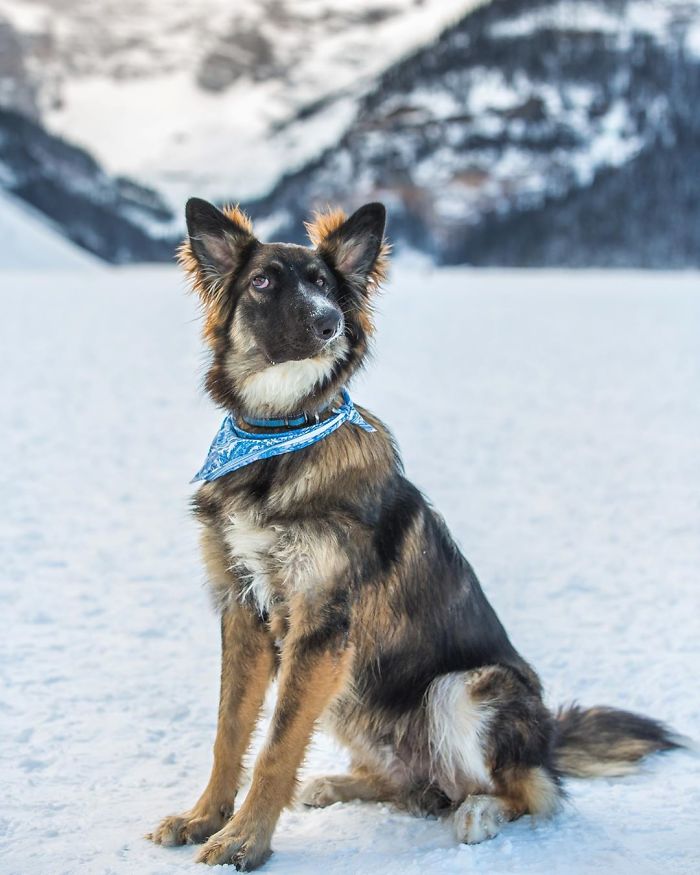 As photos of Brodie went viral and people swarmed to his social media account, the pup’s owners were quick to post their thanks and encourage others to adopt animals like Brodie:
“It’s not hard to see why everyone loves this little goofball as much we do lol. We hope that all this recognition will help others make the decision to dog adoption and rescue, especially those “less than perfect” animals out there! They deserve love as much as anyone. Thanks for all the love! Support your local rescues and shelters guys!”