Boo is no ordinary cat, being born deaf he has a special bond with his humans.

He enjoys being with them as much as possible and walks on a leash where ever they go.

When his owners realized that he enjoyed seeing things like crowds of people in the park, they started taking him more places. 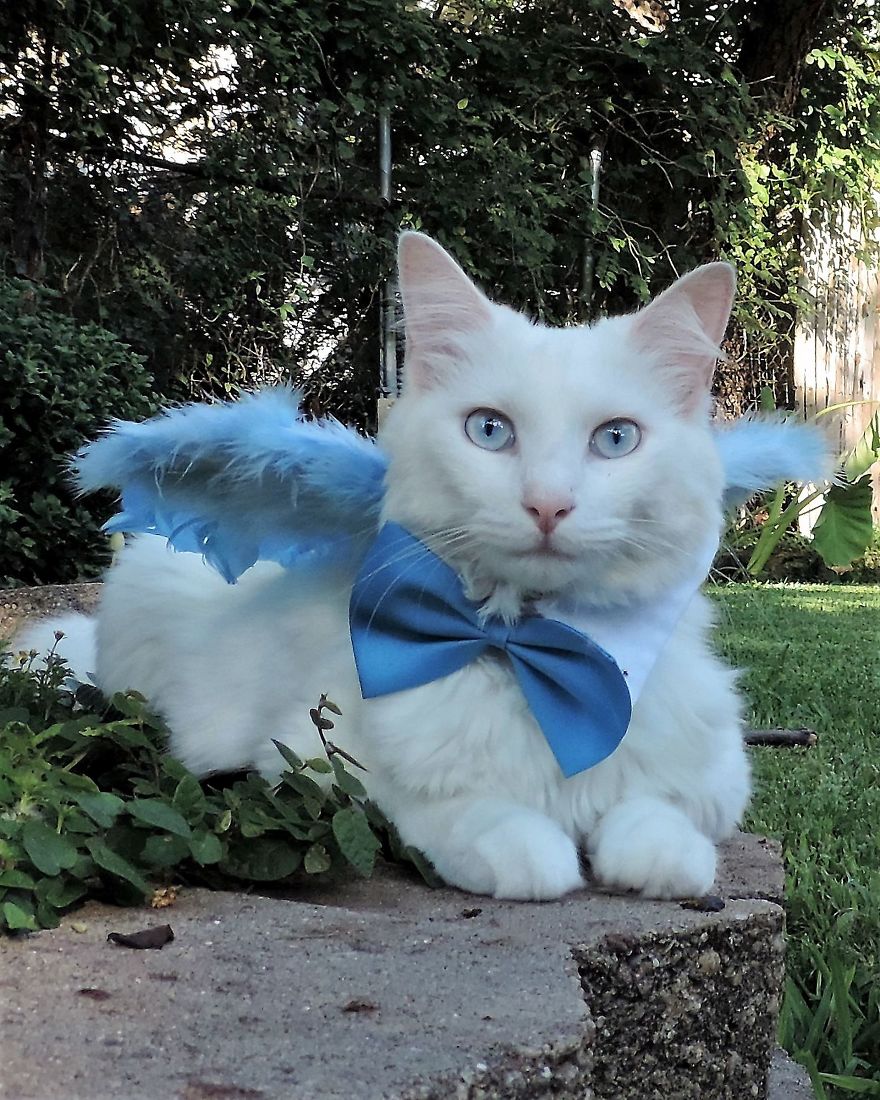 Soon they learned that he needed extra mental stimulation when he didn’t get to go out for a few days, he would dig in bags, empty boxes and knock things off of the shelves.

He accepted the leash and harness so well that his owner decided to try a tie.

Boo had a Facebook page at the time so that his owners could post pet photos separate from their personal posts.

His fans loved the tie and soon began sending him gifts in the mail, hats, shoes, coats and more. 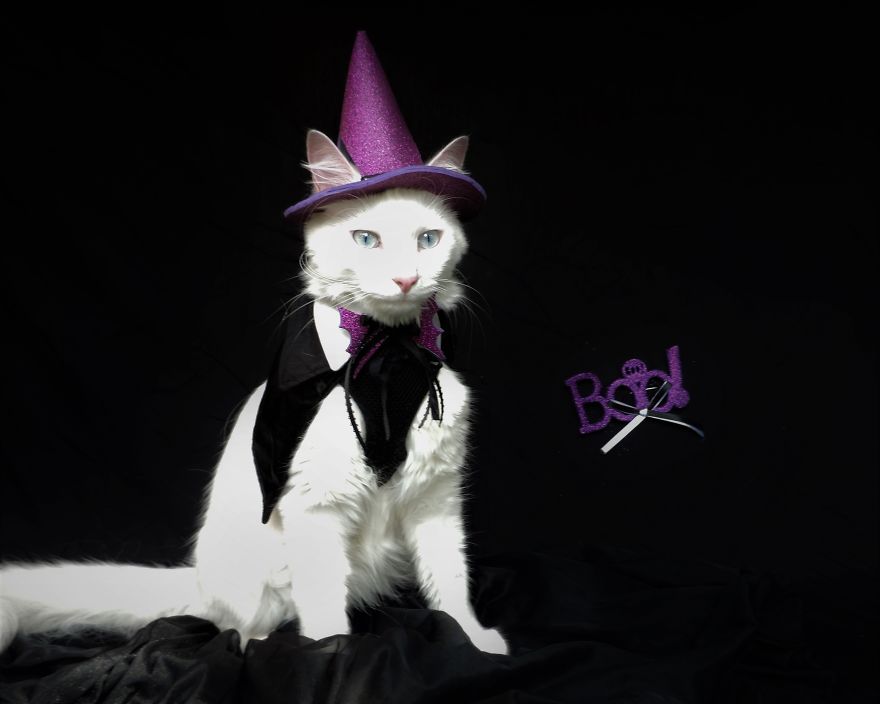 Each item was introduced to him and at least one photo taken for his fans to see.

He now has a full suitcase and a large box for his wardrobe.

Boo wears most of the items when he takes his walks, depending on the weather.

He has many friends who enjoy seeing him walk through the park, up their front steps to say hello or ride past in his pet stroller. 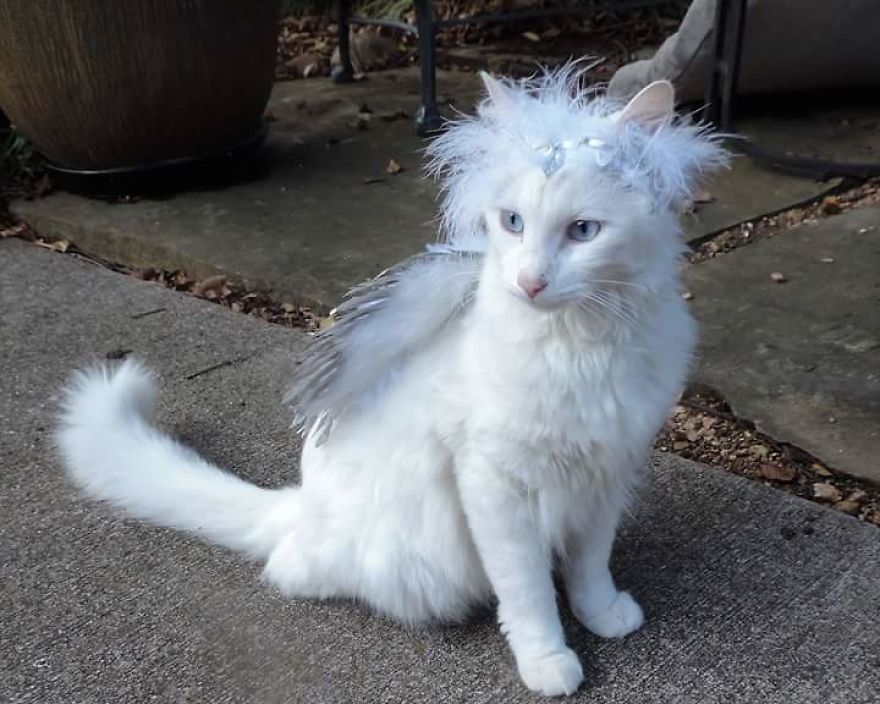 Most people are amazed at first that he wears a hat when he’s out but the hat has a purpose, it makes him feel safe by giving him a ceiling or a cover over his head.

He doesn’t enjoy walking in new places without it and as soon as he enters his own yard he knocks it off.

Boo is only a year old and is just starting to learn hand signals.

He has been in a Festival film that has won many awards by Hungry Cat Productions.

He also has his own children’s book series, Feline Park Inspector. 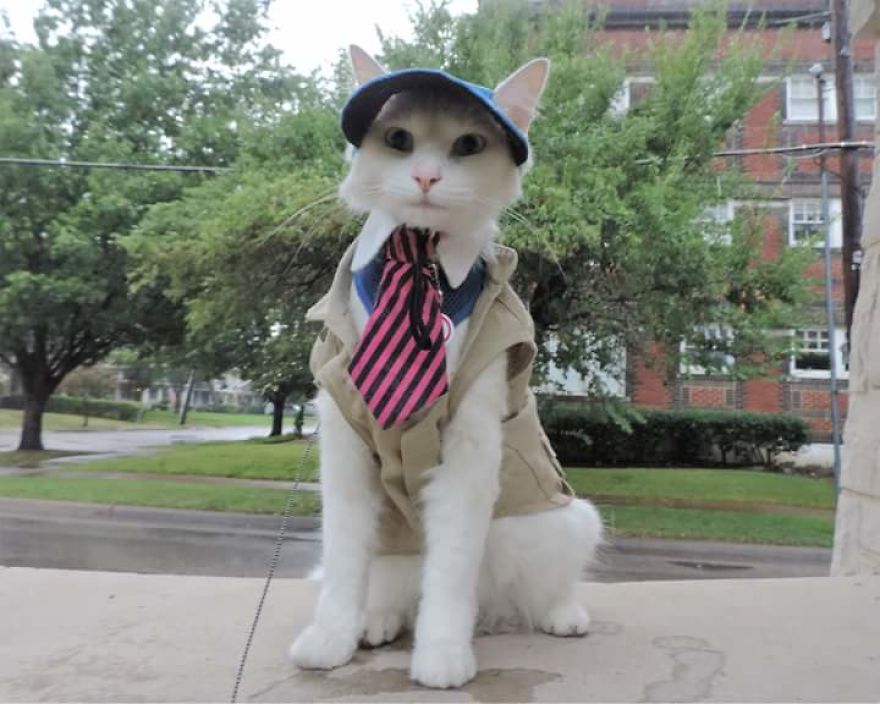 He has been spending many weekends this past fall at Meet and Greets, meeting his friends around Dallas, Texas where he lives.

But don’t worry, he spends lots of his time just being a kitten with his two sisters at home. His humans have fully cat-proofed the whole backyard and created a kitty garden for them to play in when they are outside to watch over them. 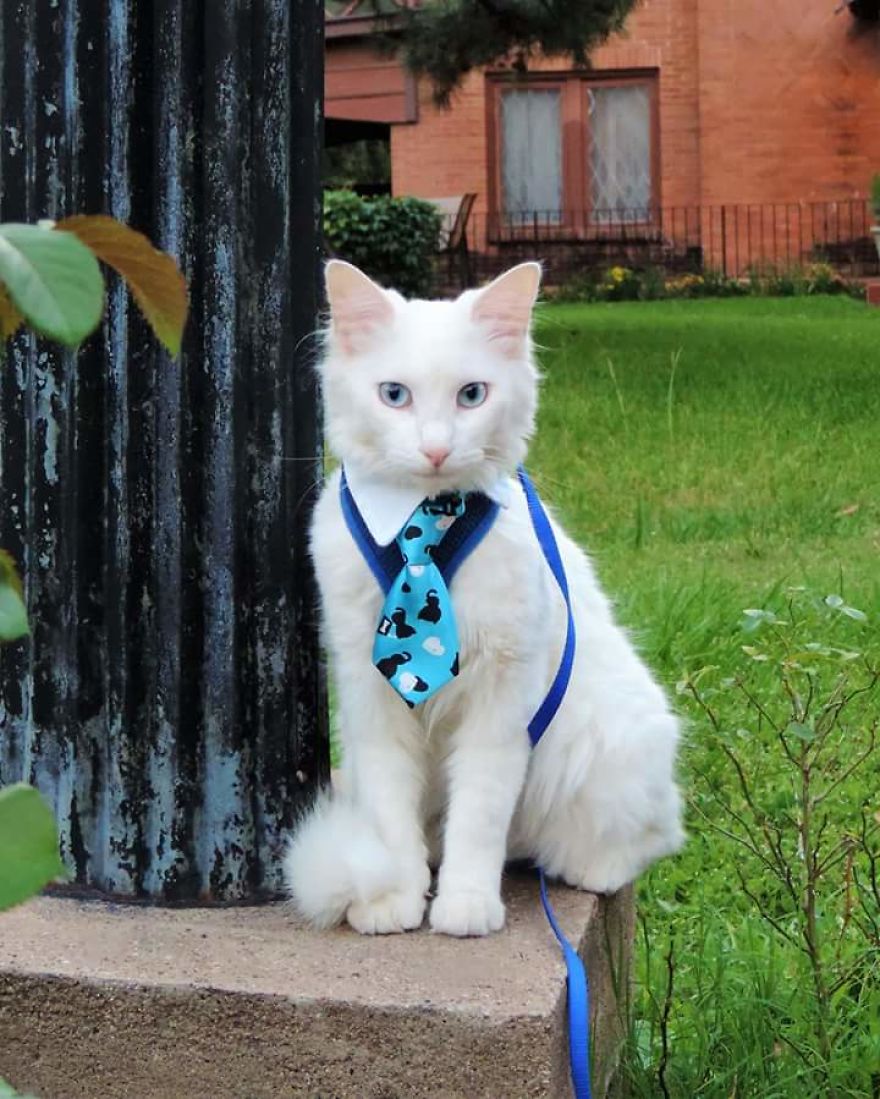