When Christina Morgan saw a Facebook post about Jaripo the senior dog to be put down, she knew she had to save him. “I saw that this small dog was breaking the internet,” Morgan told The Dodo. “No one was really taking action — and that’s a high-rate dog euthanasia shelter… So I just said, ‘To hell with it,’” the woman recalls. “It’s pouring rain. My husband’s like, ‘Are you nuts?’”. But the next thing Morgan was already in the car, driving 2 hours as fast as she could just to meet the cute dog. 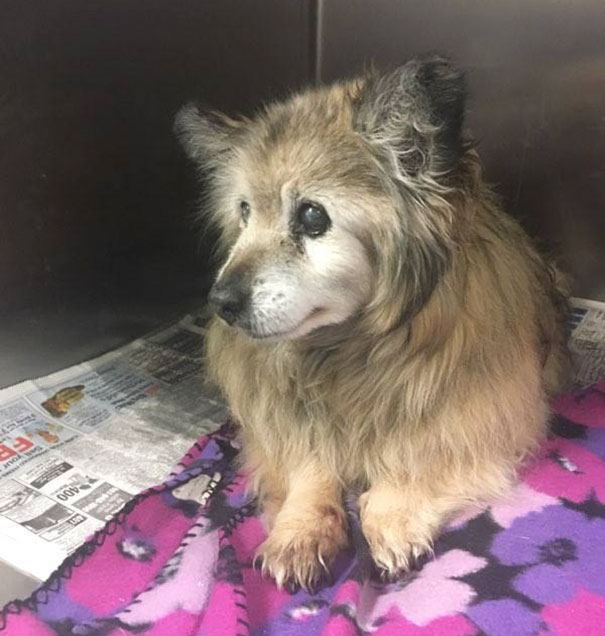 The tension increased when she phoned the animal shelter and the staff told they couldn’t guarantee the old dog would be there when she arrived. Morgan remembers: “They said, ‘If he needs to be put to sleep, we will do that’”. And so the woman drove faster, managing to get there just in time for dog rescue. 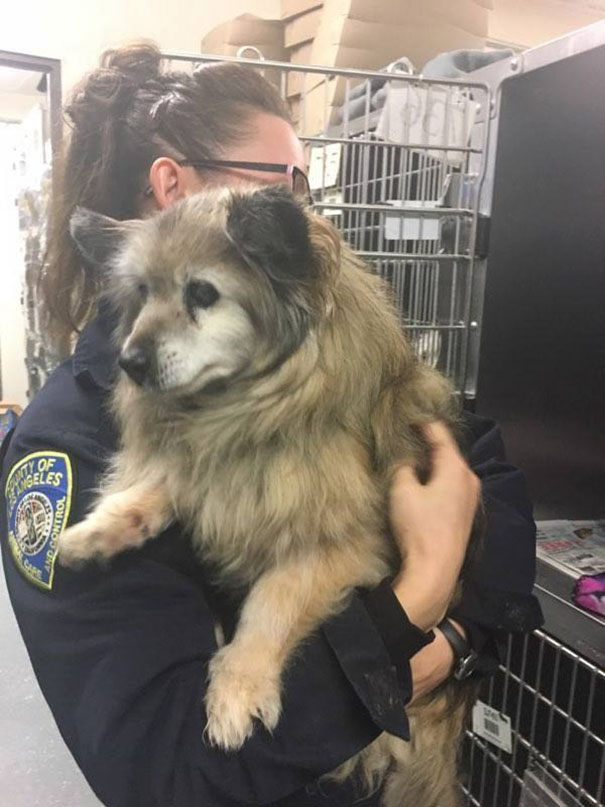 Morgan took Jaripo straight to the vet, as the doggie’s previous owners claimed he had a terminal illness. The dog’s blood tests came strong and, apart from some pain in his spine and hips, it turned out the canine was healthy.

Morgan took him to Paw Works, her animal rescue from which Jaripo was taken by a loving foster family. There, he will “just live his days out.”

“He’s a happy camper,” says Morgan. I mean, just look at that smile! 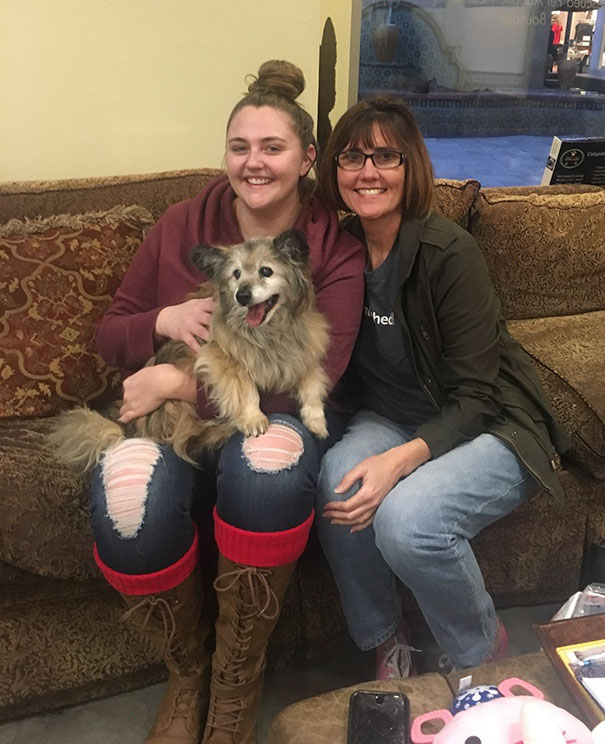