Anyone who has ever visited the beautiful island of Bali will know that, stunning as it is, they do have a stray dog issue and it is quite common to encounter street dogs while walking around towns and villages. 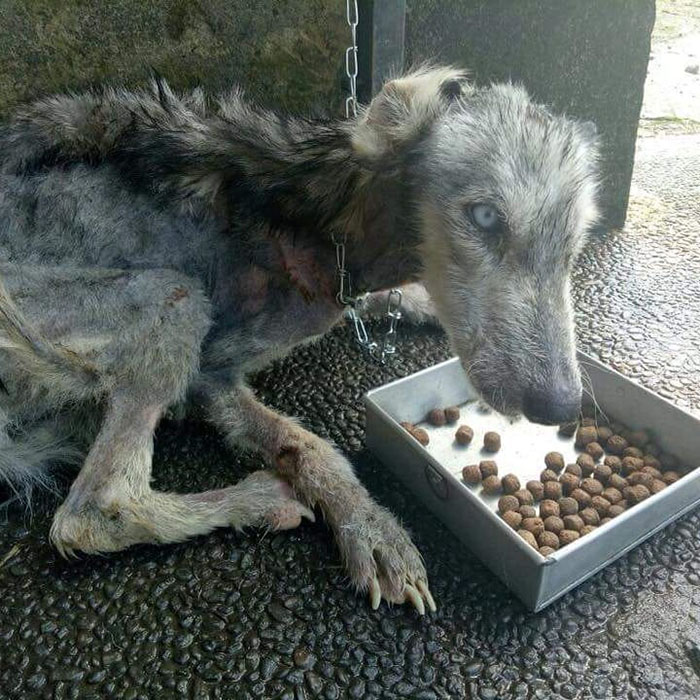 While the government has a difficult job on its hands to keep things under control and prevent rabies outbreaks, shelters and citizens take matters in their own hands to give the poor, lost pups the best life they can possibly get. Bali is known for its Hindu faith, and one important figure in Hindu belief is Yudhishthira, a king who had approached heaven with his dog. Because of this, the common belief exists among many Hindus that caring for or adopting dogs can also pave way to heaven. A beautiful example of this is the story of a husky that was found on the street, sore-ridden and extremely malnourished, by the gentle soul that is Rico Soegiarto. 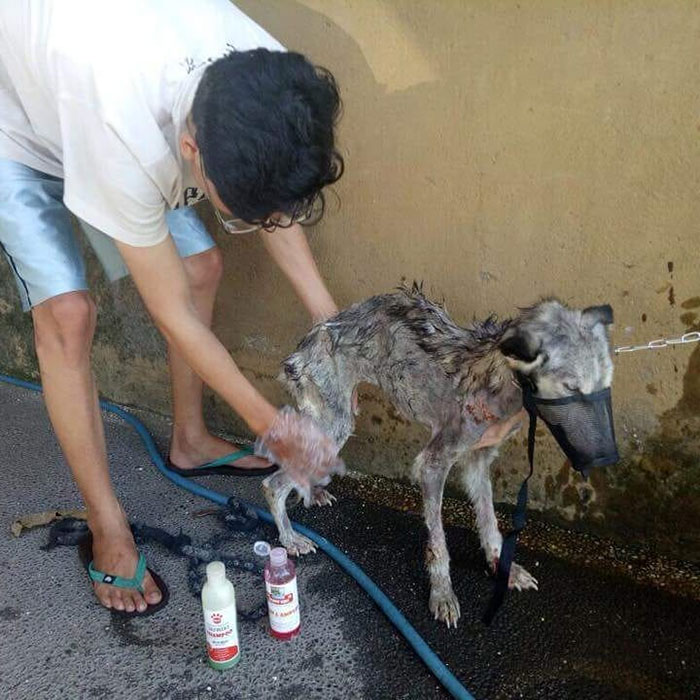 When Rico, 26, first encountered the pup on the streets of Denpasar, she had bald spots, and was so thin you could see her bones through her diseased skin. She didn’t have long left to live. Despite her condition however, her brilliant blue eyes still shone bright and Rico knew that he had to give the neglected pup a second chance. “I don’t know what was special about her,” Rico told Bored Panda. “Its about heart and feeling. I found her when I was on the way back home from work, she was in the middle of the street.” 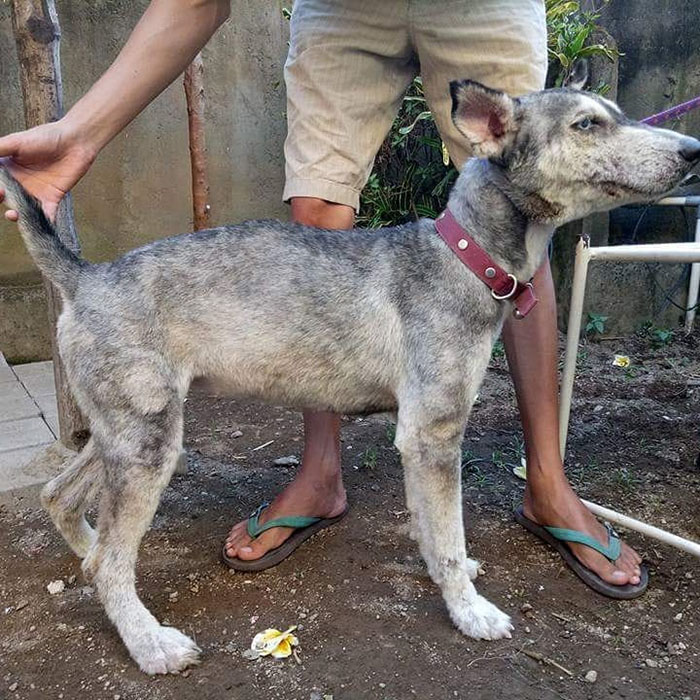 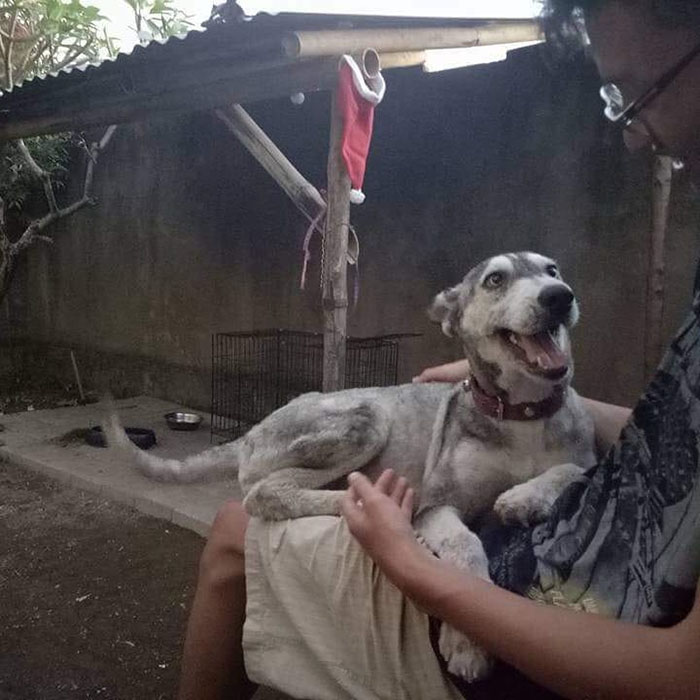 And wow, what a second chance it was. After carefully nursing the husky back to health, with grooming, pet visits and plenty of good food, Rico shared the results of his beloved new pet’s transformation. It is simply astonishing! Now strong and healthy with a thick, lustrous coat and those same burning blue eyes, the husky clearly adores Rico and cannot keep her paws off her savior. “She loves getting petted and eats plenty of cookies!” Rico told us. “And she is so sociable that she worries me sometimes. There are many thieves in Bali.” She is safe now though with Rico, who has 4 other dogs and is a dedicated animal lover. So what did he decide to call his miracle pup that has survived such hardship? “Her name is Hope.”

What a fitting name! 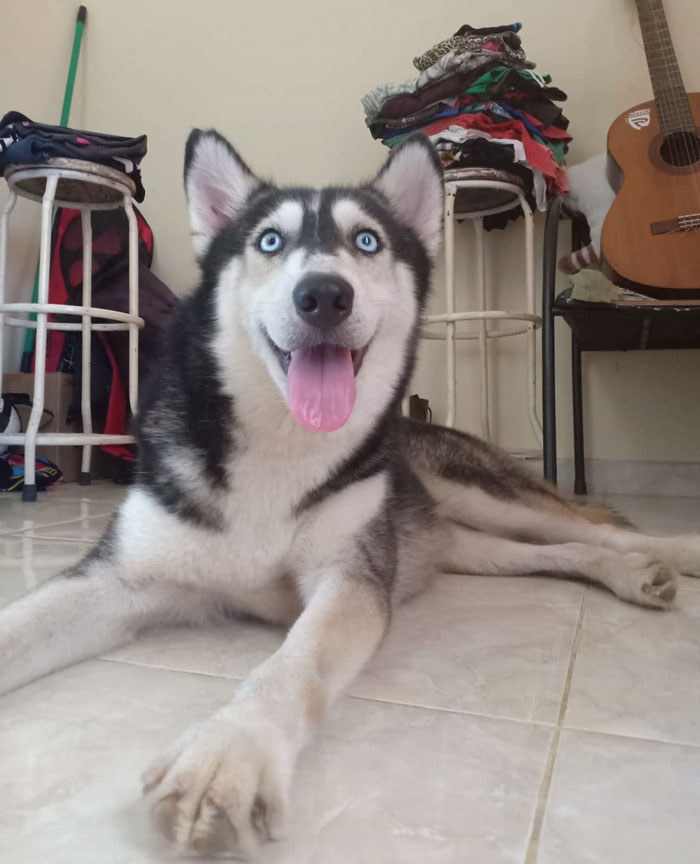