A woman saw one day a cat knocking on her window asking for help. Cat was freezing and this scene broke Marie Simard’s heart.

She is the founder of Un Chat à la Fois, a kitten rescue in Quebec, Canada. 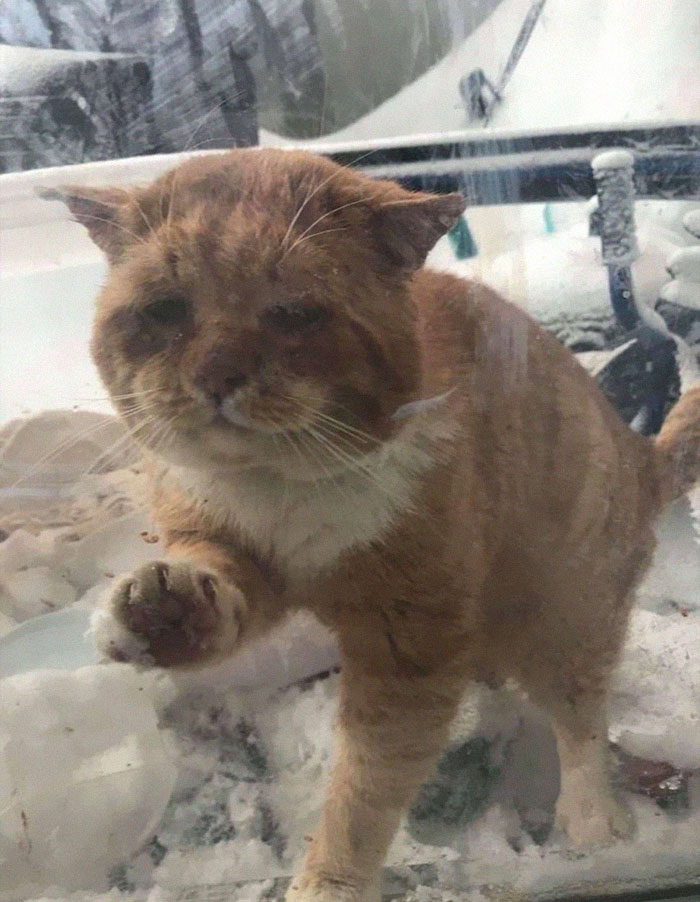 “It broke my heart to see him, so I told her to take the cat to the vet and not even 30 minutes later, he was at our partner clinic,” Simard told Bored Panda.

She sent cat to the vet for all the examinations needed. Also, Simard decided to name him Aslan.

Cat was sick- he had rotten teeth, diabetes, skin allergy and so many things that needed to be cured. 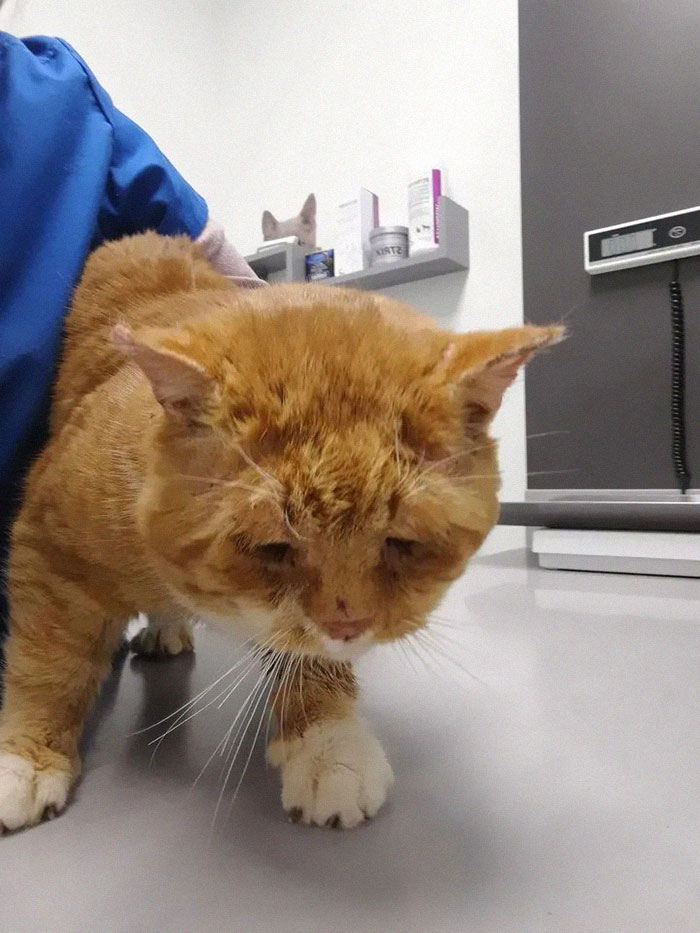 “Aslan had rotten teeth, frostbite, a bite wound (he was bleeding somewhere on his body), fleas, worms, he had diabetes and skin allergy. His blood work was very bad and he had to stay hospitalized a few days so he could be stabilized before going to his foster family.”

“He got surgery for his rotten teeth. He also had issues with his eyes, which were taken care of with surgery.”

Now Aslan is feeling better and healthier than ever. Also he has two best friends now. 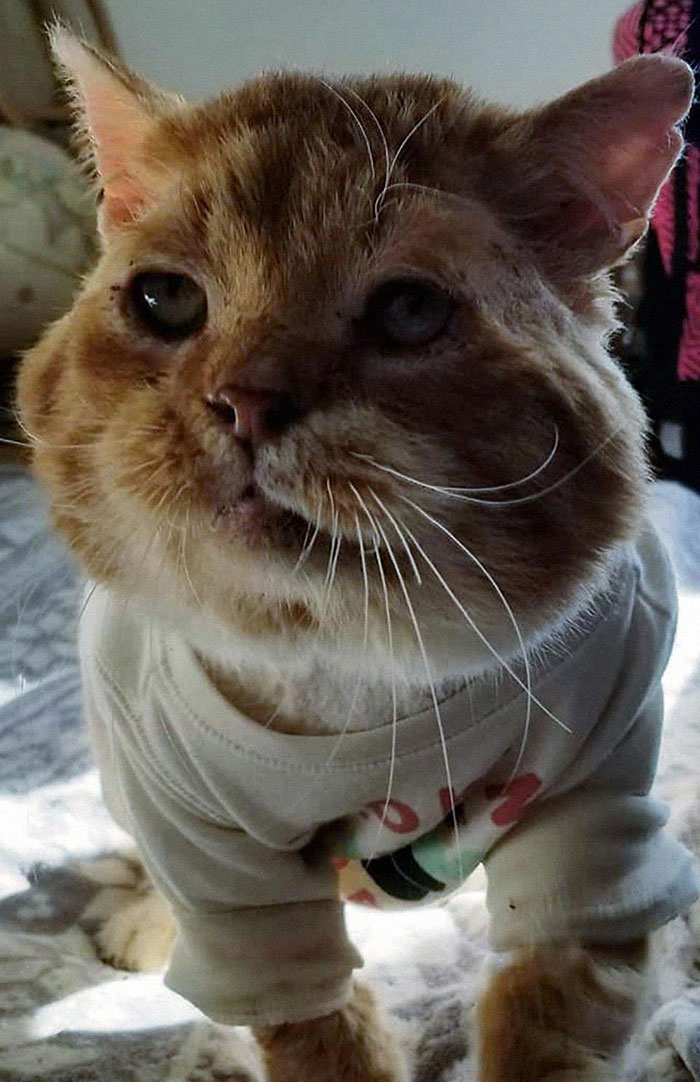 “He had become friends with 2 rescue cats, Cleo and Jasmin. Jasmin sadly passed away, but Aslan is very close to Cleo. Aslan has a special diet due to his diabetes, but he likes food! In fact, his mom needs to closely watch her own plates because Aslan would not hesitate to steal her food. Sometimes, she makes an exception and gives him a treat”, woman told Bored Panda.

Aslan is so smart, energetic and an active cat. Also he likes to sleep on a pillow and get cuddled. 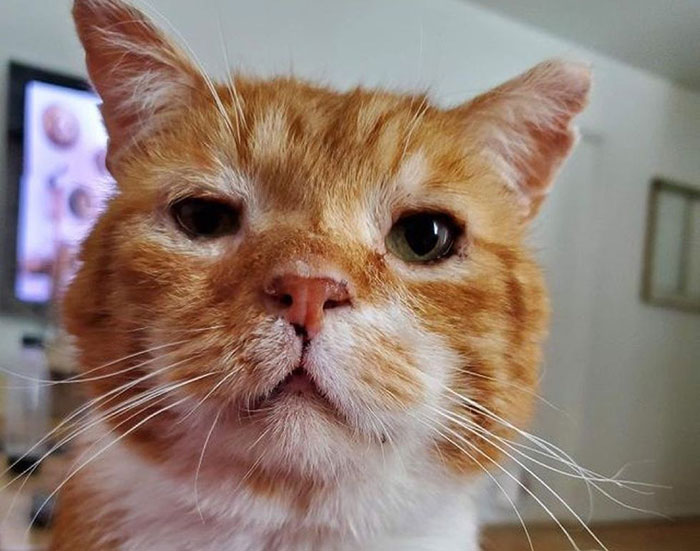