Meet this cute dog named Milo that used to be a stray. She was sent to Sunshine Dog Rescue.

Milo was pregnant but unfortunately none of her pups survived birth. 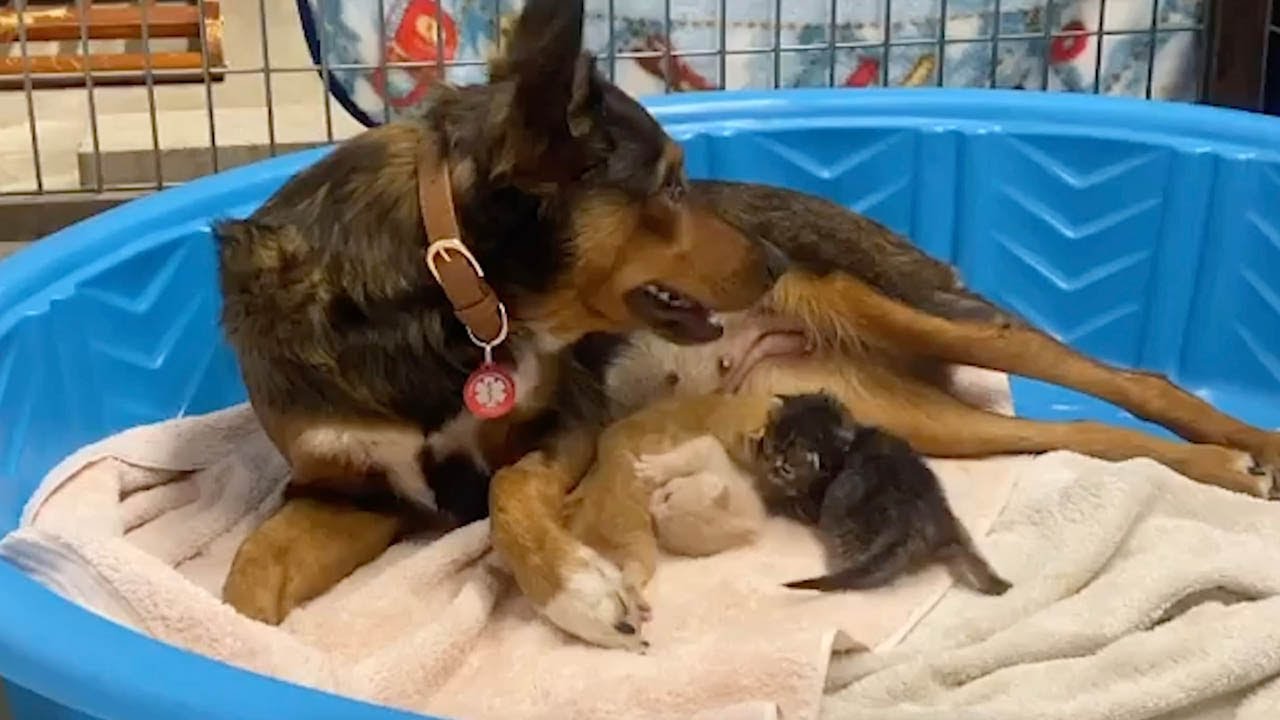 That’s so sad and heartbreaking.

Milo was so desperate and anxious about this heartbroken situation.

But there were found three orphaned kittens. Milo immediately felt in love with kittens and started looking after them.

Now kitties are growing up so fast and they look so lovely and beautiful. 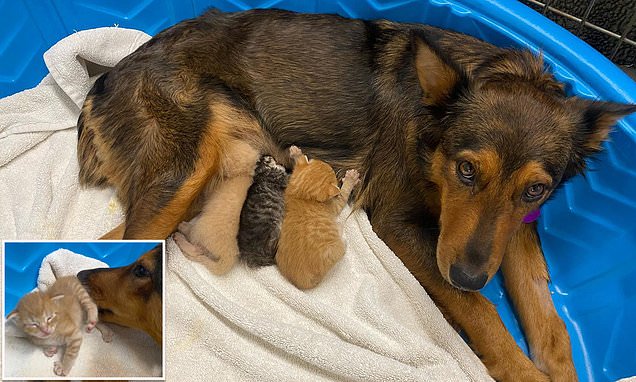 After a long time, a young boy named David decided to adopt Milo. Now dog has a loving home.

Also, one of the kittens named Gumball was adopted by members of the David’s family.

Now Milo and Gumball are inseparable and love each other so much. 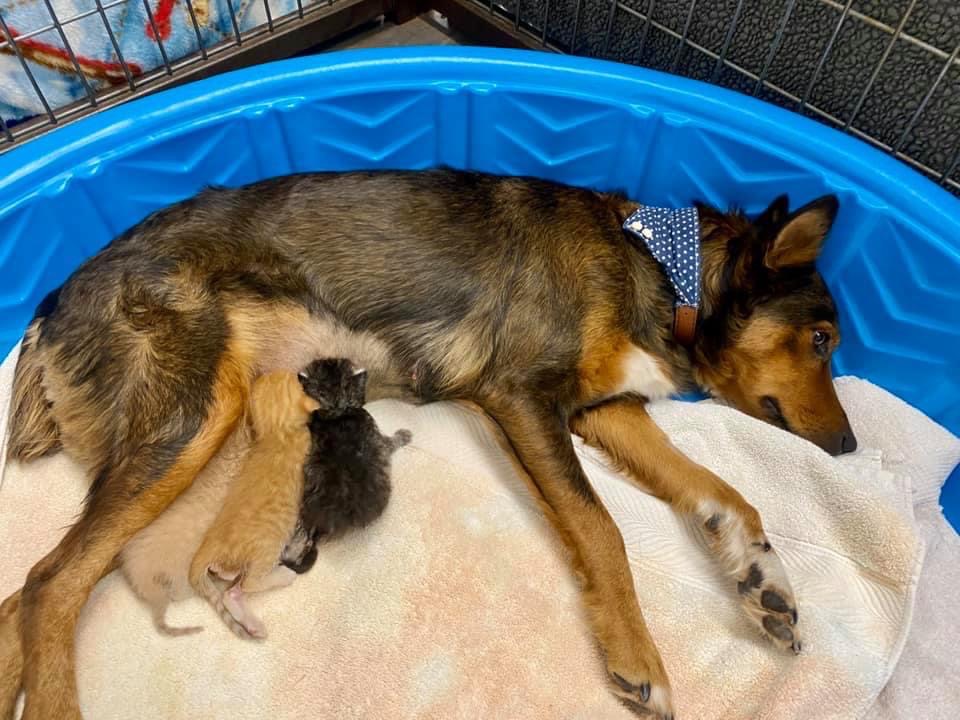 Two other kittens were adopted as well.

What an adorable story.