While some of us might think otherwise, we don’t know that much about bees. If asked, we would probably describe a bee as a yellow and black pollinator who makes honey and has the ability to painfully sting once they feel threatened. But the truth is, there are around 20,000 species of bees and the common honeybee isn’t the only one. Bees can come in a variety of colors and sizes. Also, only a few of the species make honey. If that’s not surprising enough, not every bee can sting and not all of them who do sting die after it. While we may be more familiar with the common honeybee, there are so many others most of us haven’t heard about. Such as Tragonula carbonaria, also known as Sugarbag bee. These bees are native to Australia and what sets them apart from the swarm is their unique spiral hives. 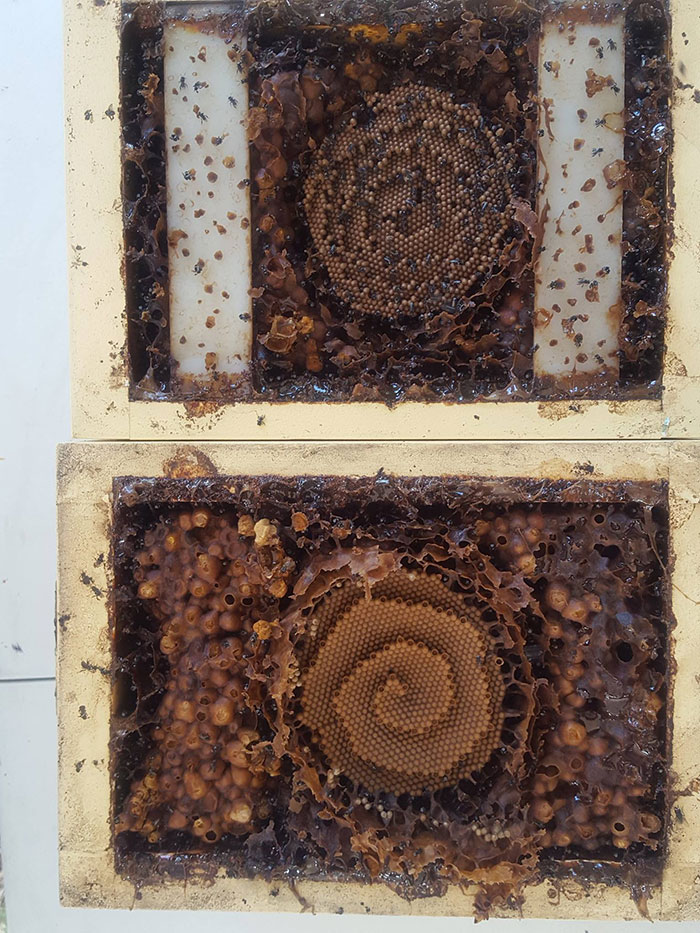 Sugarbag bees inhabit the tropical regions in the northern and eastern part of the country. Generally, these bees are black with white fur on their faces and sides and they measure less than one-sixth of an inch. What’s interesting about these tiny creatures is that they may seem defenseless because they don’t sting. However, once under attack, they bite and inject an irritating formic acid. 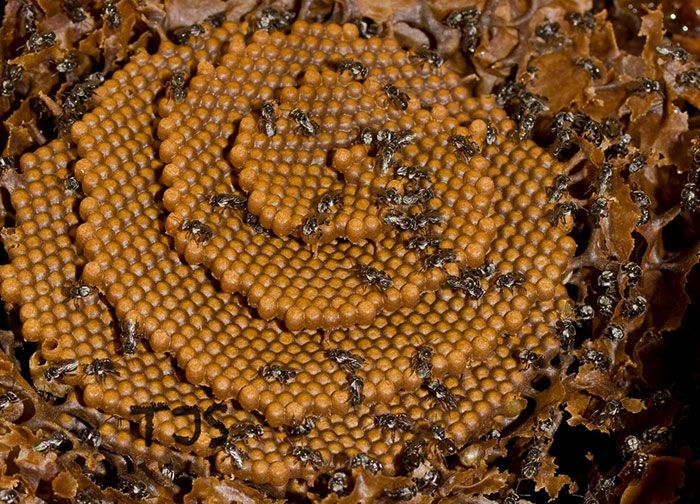 Sugarbag bees are quite good architects. They demonstrate their abilities by creating a one of a kind spiral hive. These pollinators build their hives in a mesmerizing clockwise spiral. However, it remains unclear why Sugarbag bees prefer to build them in a manner like that. 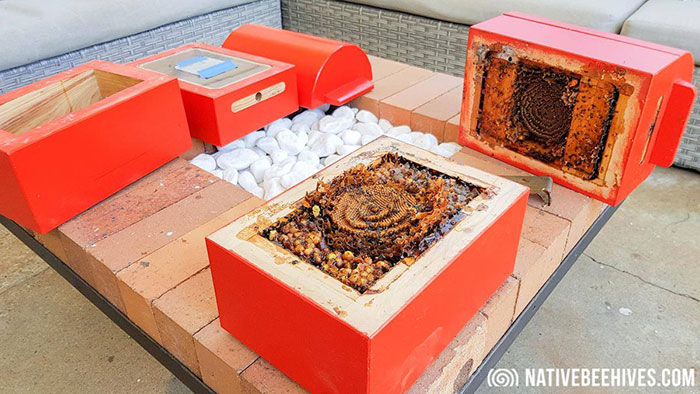