A heartbreaking scene unfolded last week outside a home in San Antonio, Texas. Nobody was there to bear witness — but a doorbell security camera captured every wrenching moment on crystal-clear video. 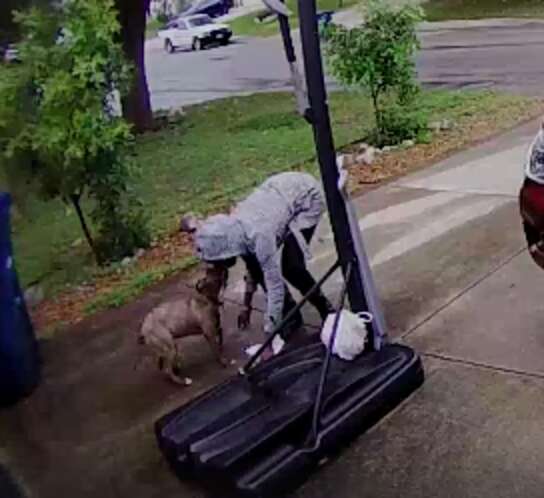 “In the video, you can see this little dog who looks like she’s going for a walk with her person,” Lisa Norwood, a spokesperson for Animal Care Services, told The Dodo.

The woman walking the brindle pit bull stops in the driveway of a suburban home, and places a plastic bag filled with kibble on the ground. Sitting patiently, the dog allows her owner to tie her leash to the metal pole of a basketball hoop. She even wags her tail excitedly.

But as the woman begins to walk away, the dog’s happy-go-lucky attitude suddenly changes.

“That happiness she has turns to confusion and then fear as that person walks away,” Norwood said. “She doesn’t know what’s happening as she’s being abandoned. She tries to get away — you can see her getting tangled up in that leash.” 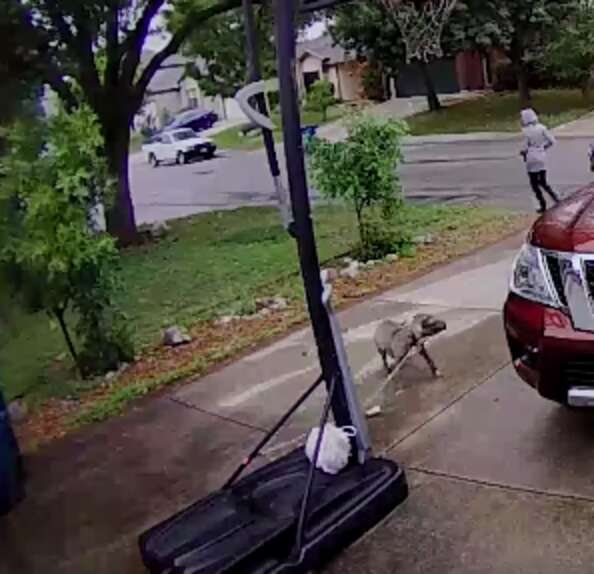 The dog struggles to follow after her mom, but she’s repeatedly yanked backward by the knotted leash.

The homeowner had just stepped out to run a few errands and returned soon after to find the frightened animal cowering in the yard. There was no note or clue as to why the sweet girl had been left to fend for herself.

The pit bull, later named Takis, was taken to Animal Care Services’ shelter, where she has since made quite the impression. Everyone who meets the young Staffordshire terrier is left bewildered as to why someone would give her up so easily.

“Takis is the sweetest, most playful, wonderful little dog,” Norwood said. “She knows how to sit and she walks well on a leash.”

“We’re still trying to figure out why someone would do something like this to her,” she added. 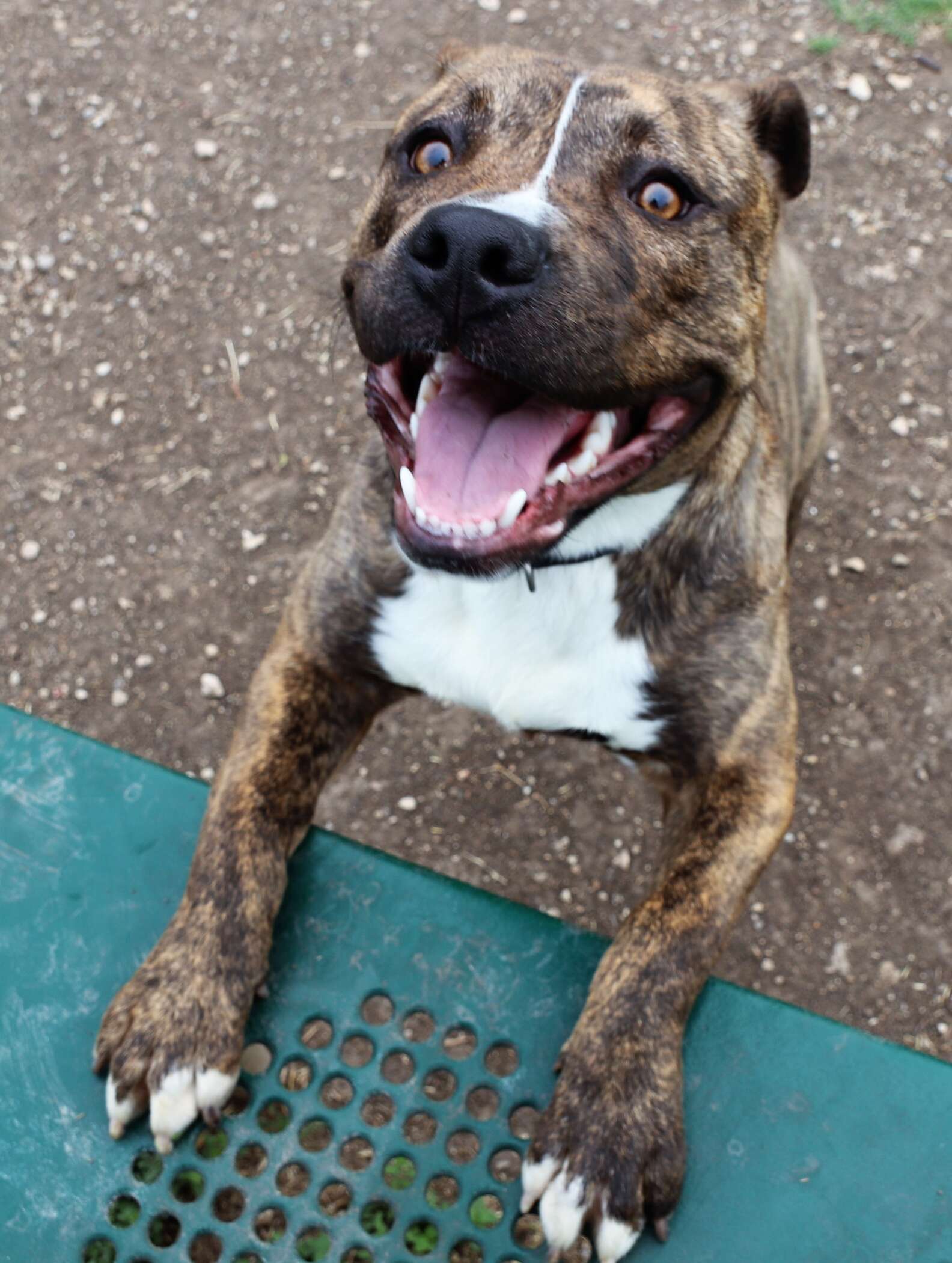 Takis’ shining personality, in spite of her sad circumstances, has made her popular among the other pups at the shelter.

“She was in our kennels for about 24 hours when somebody walked by, saw what a sweet and pretty girl she was and put in an adoption application for her,” Norwood said. “A total stranger saw something in her that this individual clearly did not.”

Once Takis has been spayed, microchipped and is up-to-date on her vaccinations, she will be ready to find her forever home. In the meantime, investigators are still searching for the woman from the video. They hope that releasing the footage to the public might encourage someone to call in with a tip.

Takis has lots of energy and so much love to give. With the right family, she will never again have to worry about where her walks might end.