This one-eyed deaf pit bull named Scarlett had spent over three years at a shelter, which is more than half her life. During those years, she managed to win over the hearts of both the rescue organization’s staff members and those who come to visit. Still, no one would want to take the poor thing home… 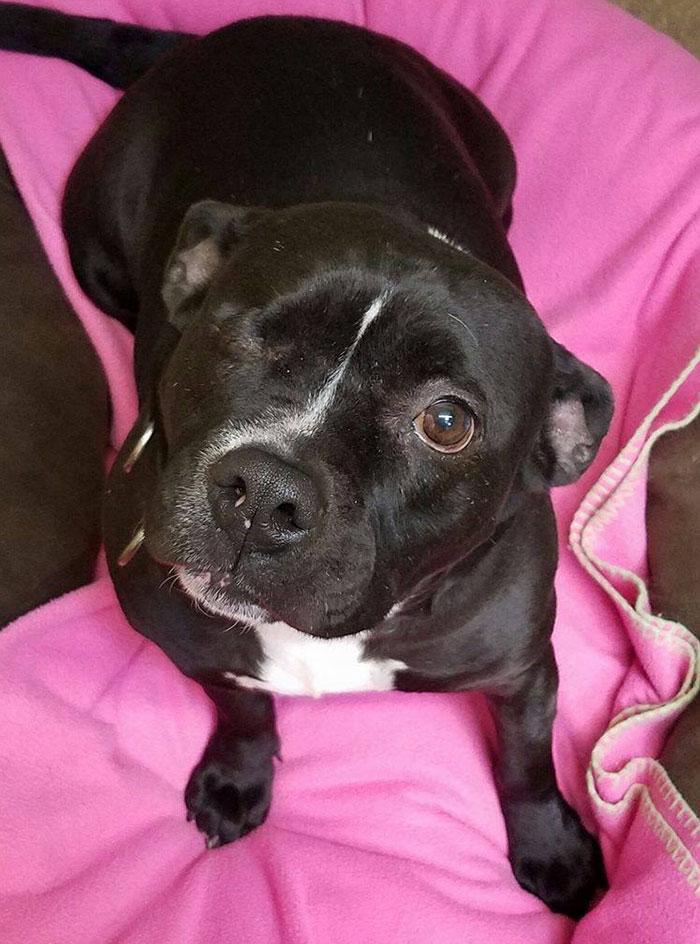 Scarlett was brought to the shelter back in 2013 because her previous owners couldn’t afford her medical treatment. Today Scarlett is one healthy pooch, albeit not very active, which makes the other doggos at the shelter appear more attractive. “People look at her, and she’s the one-eyed dog who is not jumping up to greet them, though many of the other dogs are,” shelter manager Kirstyn Northrop Cobb told The Dodo. 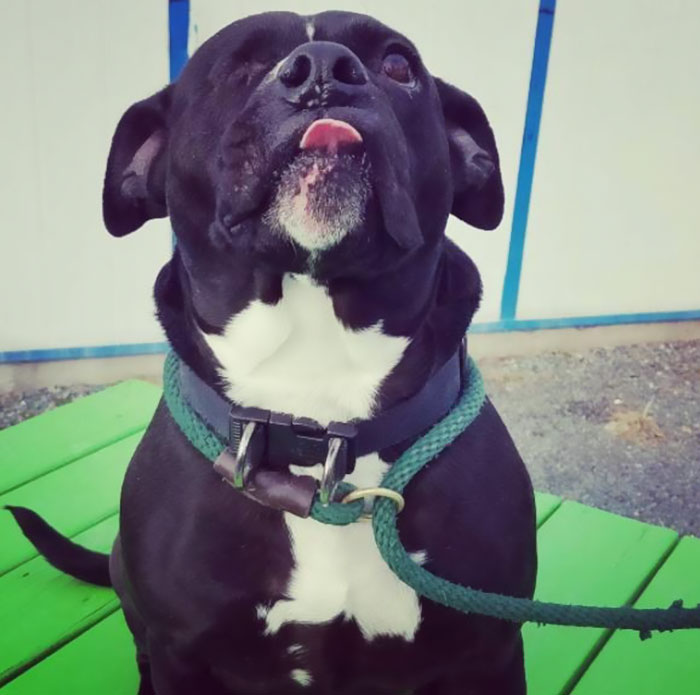 The woman’s heart was breaking to see Scarlett at a shelter for so long. “She is the most cuddly dog ever! She will just melt into you… and give you kisses.” Cobb adds: “When you enter her living space, she smiles at you and it is super cute!.”

Well, now the doggie has even more reasons to smile, as according to the latest news, she has just been adopted! 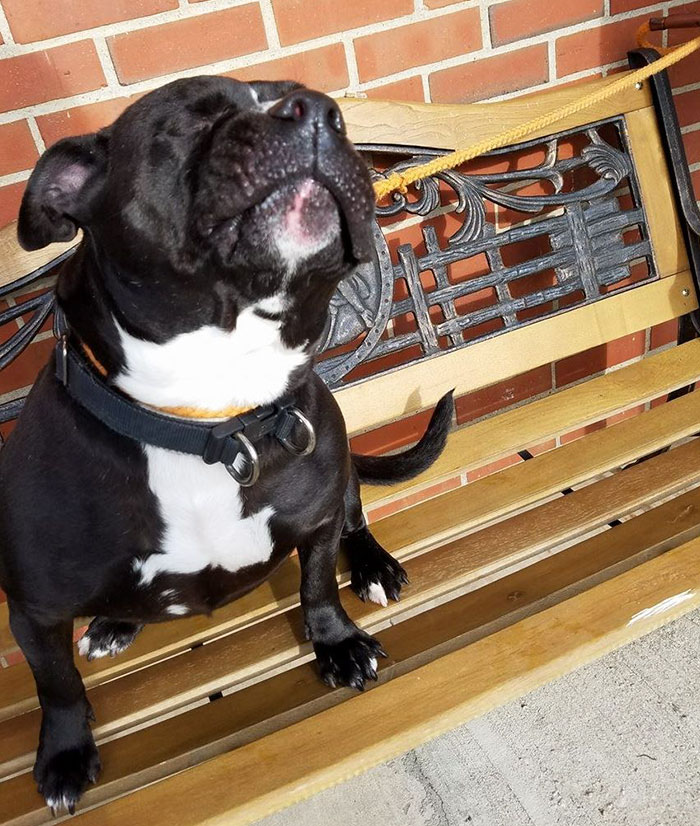