Meet Sonoma, a 20-year-old doggie who is nearly blind and deaf and was just dumped at an animal shelter for being ‘too old’. The poor abandoned dog was so confused, suddenly finding himself in a strange new place without familiar faces. Luckily, Frosted Faces Foundation, a senior dog rescue based in San Diego, stepped in and decided to do everything so that the rest of Sonoma’s life would be spent with dignity. “At any age, the only languages a dog will ever know are fierce loyalty and love,” Kelly Smíšek, founder of Frosted Faces Foundation, told The Dodo. “There is nothing one can say to explain to your old dog all of the reasons you feel your decision of abandonment is justified, and that is why we operate Frosted Faces Foundation dog rescue operation.” 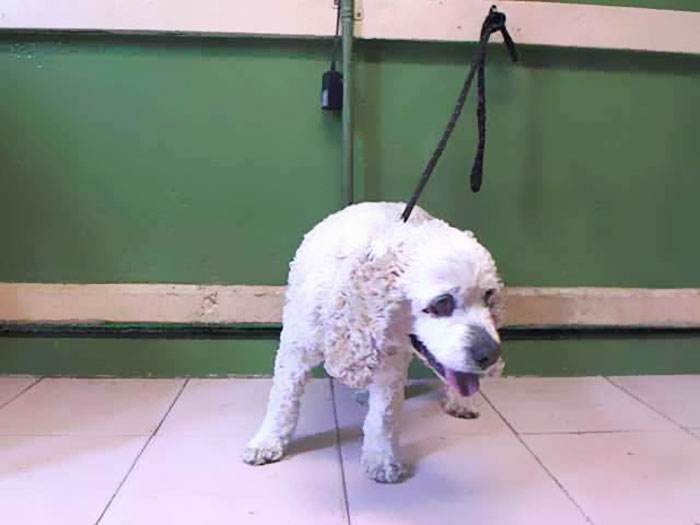 The vets checked his health. Apart from an ulcer in his eye that they treated, infected ears, a handful of masses, and skin tags, his blood tests came back fine. “Perhaps the only thing he requires beyond the treatment for his eyes and ears is a loving home!” Smíšek added: “Sonoma’s days will go on, his heart will heal, and we will be his advocates. ” 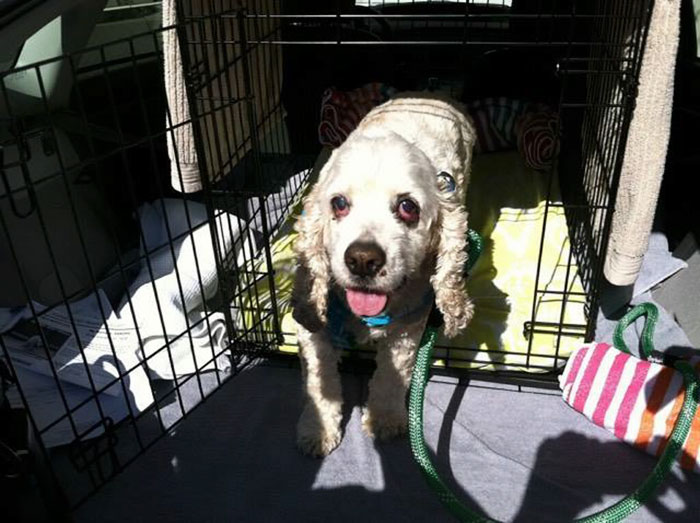 Whoever Sonoma’s new foster parents will be, Frosted Faces will be helping with the medical expenses for the rest of this cute dog’s life.