In the animal kingdom, there are many species that are natural rivals of each other. Cats versus dogs, cats versus cucumbers, rodents versus birds, etc.

Sure some of these are predatory/prey rivalries, but it still follows the competitive instinct of survival: every creature for himself! 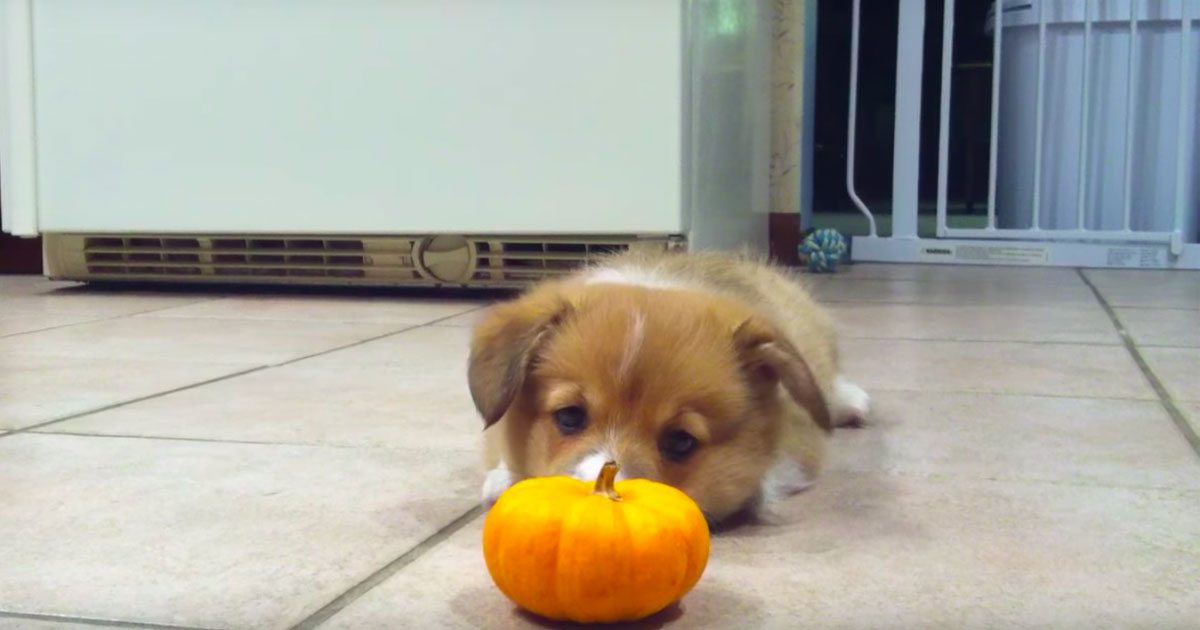 Now, we have discovered another classic rivalry to add to the list: corgi puppy versus… a pumpkin?

Bilbo the corgi puppy cannot deal with this miniature pumpkin. And understandably so! As two viewers put it:

I couldn’t have said it better myself. 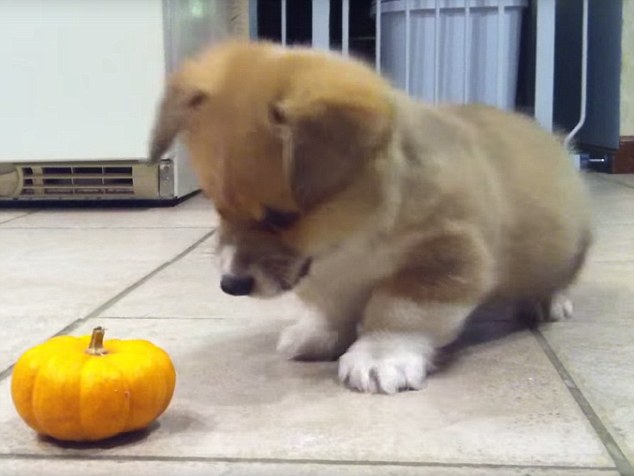 Honestly, Bilbo’s reaction here reminds me of the first time I tried to carve a pumpkin. I also barked at the pumpkin to show my dominance before pawing at it and commencing a poorly made pumpkin carving.

At only 8 or 9 weeks old, Bilbo here is already at the top of his game. He’s not going to let anything intimidate him, even this little pumpkin! Just look at him paw at the devilish thing. Go Bilbo! Teach that pumpkin who’s boss!