Meet this lovely bear named Stepan that is 28-year-old. That bear is so famous in Russia and for years he’s been a model. 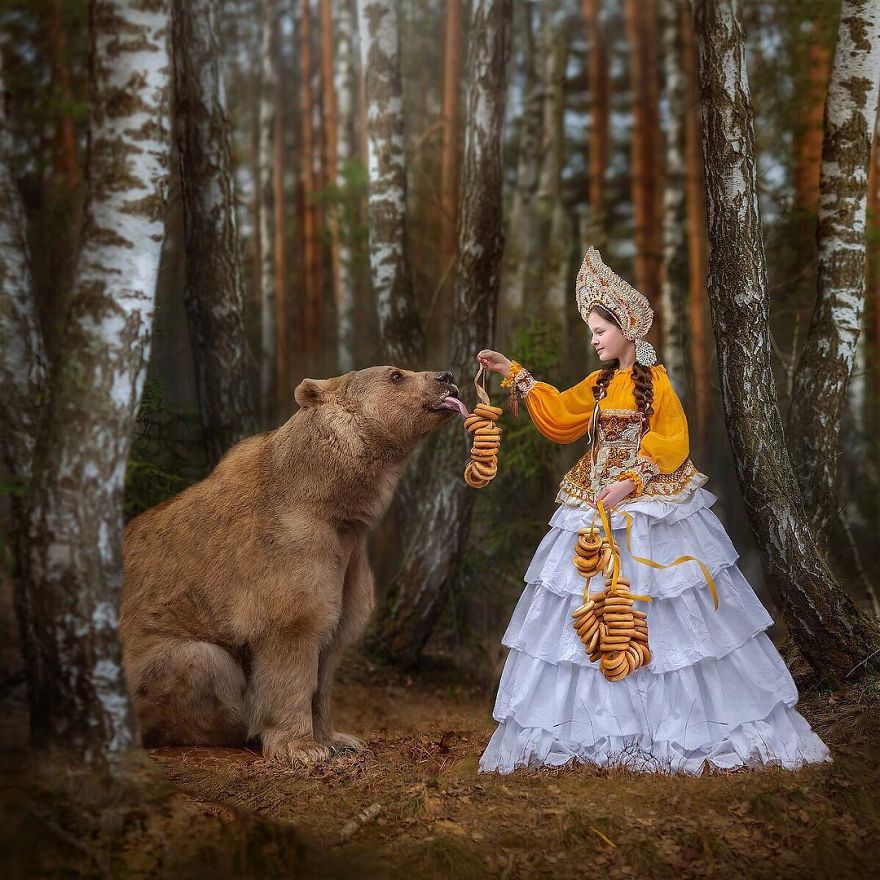 Stepan was abandoned and rejected by his mom when he was just a little baby. But soon he was adopted by the couple Svetlana and Yuriy Panteleenko.

Bear was so happy to have a loving family. 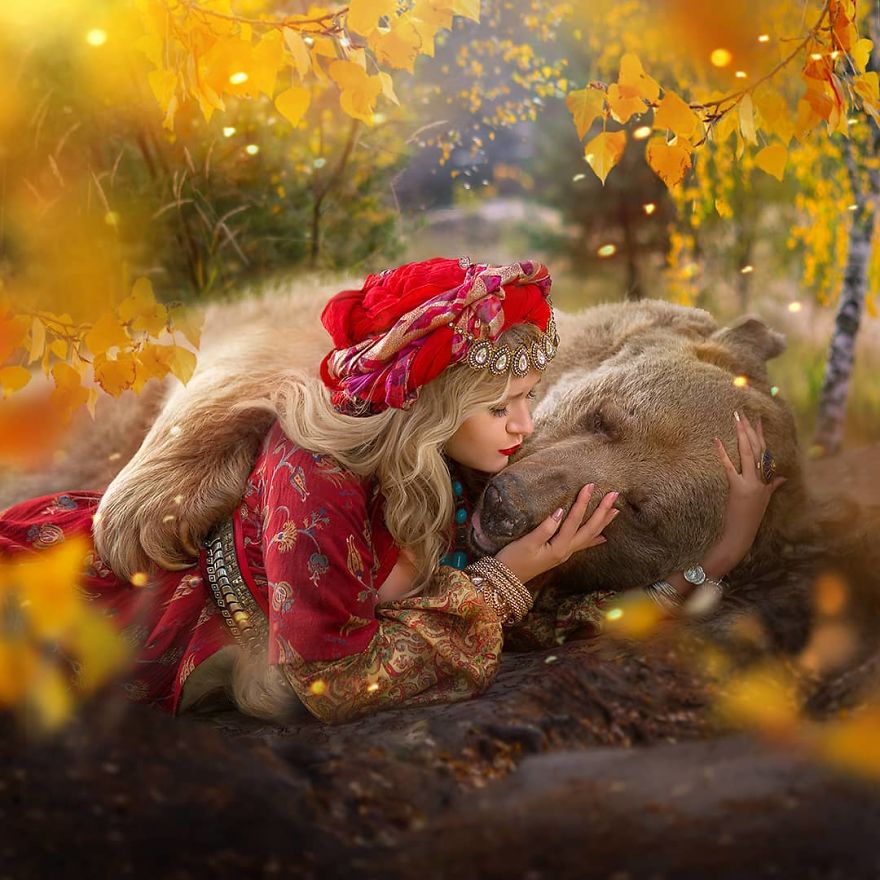 Stephan is such a big domesticated pet bear. He is such a well-known model now and his pictures are going to drive you crazy.

Russian photographer Mila Zhdanova has captured the most fascinating pictures ever. 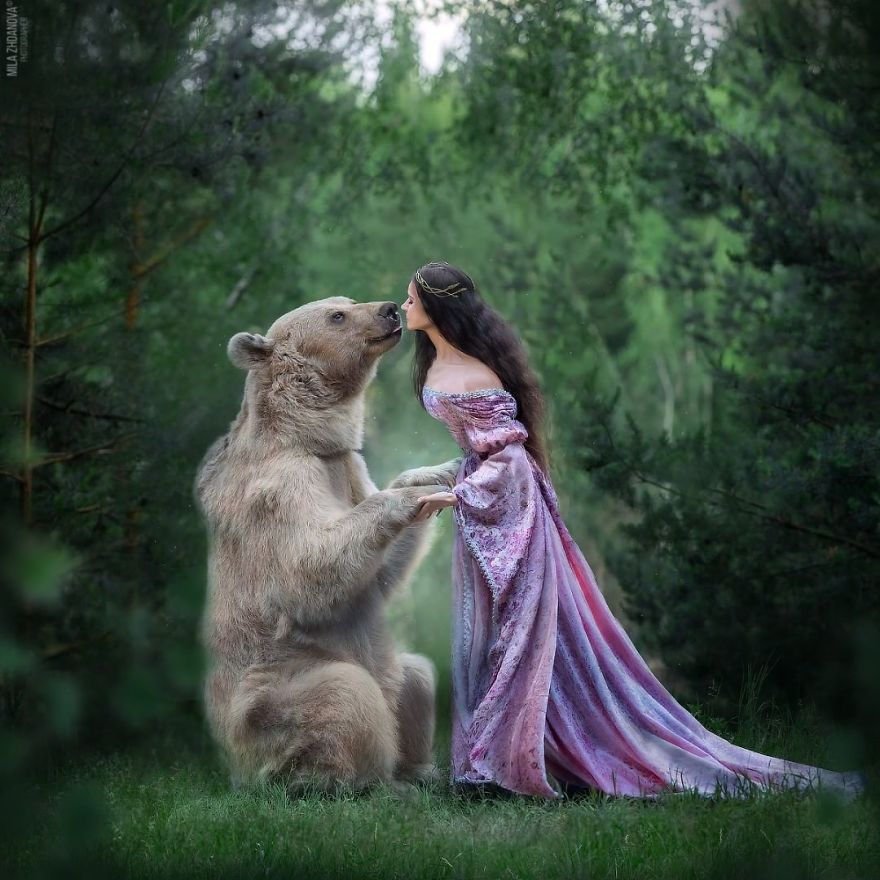 “I was creatively and mentally exhausted after a very big project. To me, it seemed like I was on the verge of depression and I even considered stopping taking photographs altogether. However, there was one small desire. I wanted to do a photoshoot with Stepan the bear. For several years, I watched him. I looked at how his owners were treating him (for me, the attitude towards an animal always comes first), and I thought that this would be a great end to my photography career. 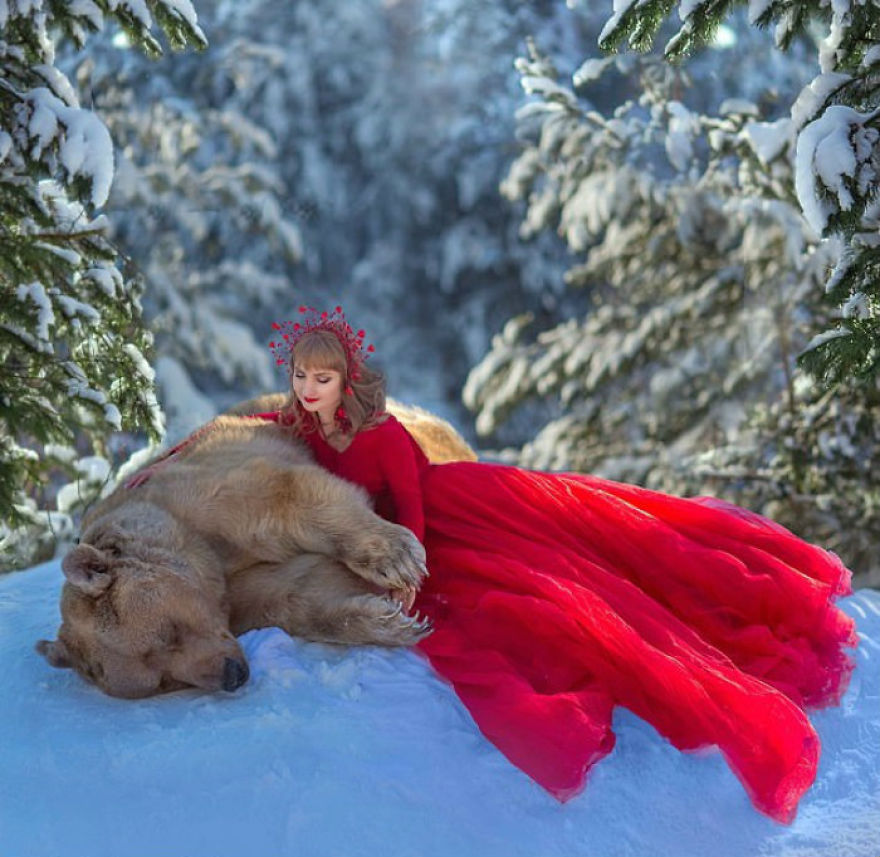 I’m so in love with these adorable photos! 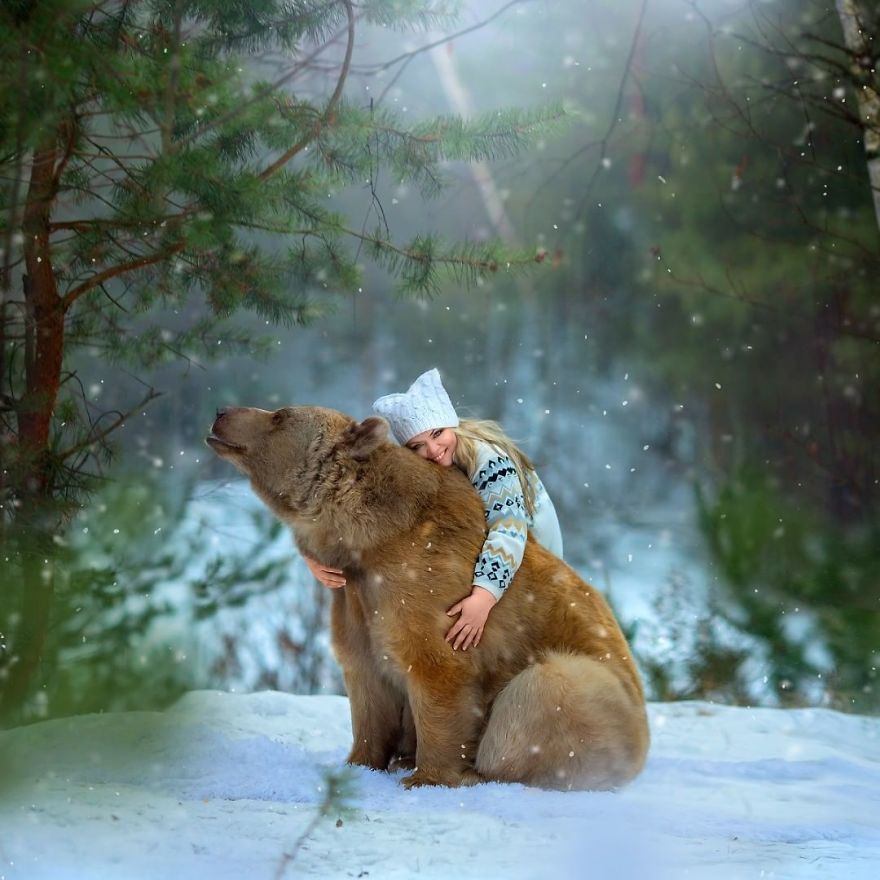