When John and Molly Chester brought Emma the pig onto their farm, she wasn’t the healthiest. After she became pregnant, most people said they would be lucky if Emma could give birth to just six piglets.

Then day came for Emma to deliver and the strangest thing happened. First, there were six piglets… then eight… then 10… then 17. Emma birthed 17 babies, 13 of which would survive. But that was just the first miracle. 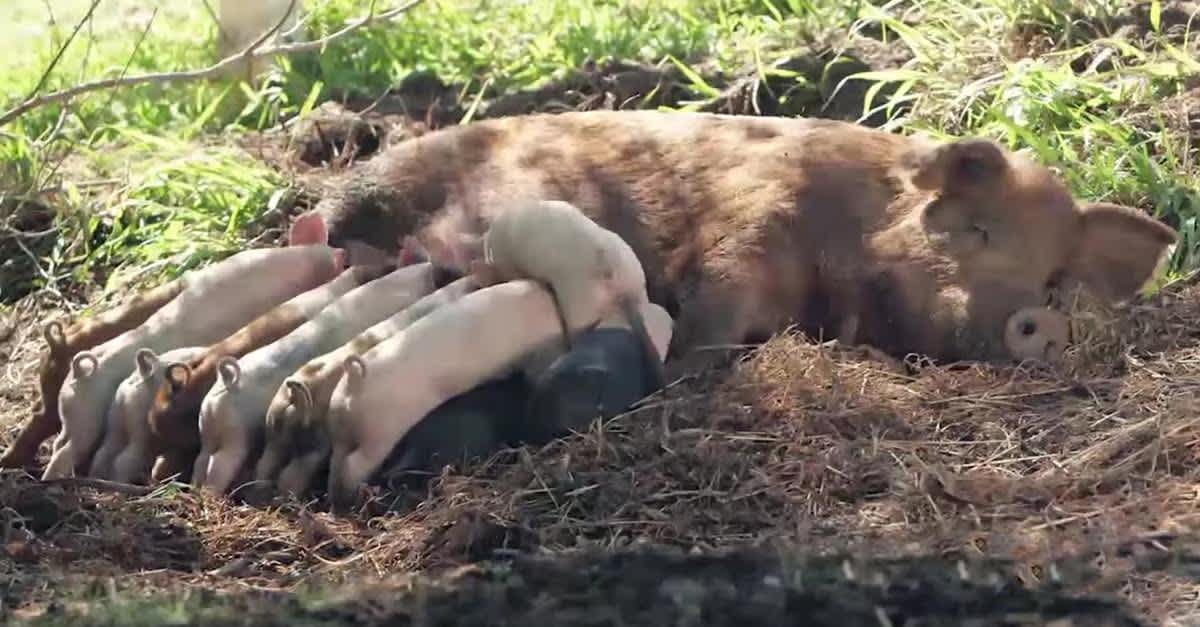 Soon after Emma gave birth, she fell into a troubling fever around 102 °F. Things looked dire. John and Molly tried everything they could, but even when they got the fever down, Emma refused to eat. So they did the only thing they could do, they took a leap of faith. They brought Emma her 13 piglets, and they put her babies close to her. They reminded her that she was their mama. As the piglets began to suckle for milk, it was like something in her was ignited. It was as if she was revived. And that was the second miracle.

“If I hadn’t seen this with my own eyes, I would have never believed it,” John said. Emma climbed onto her feet and guided her babies. She raised them to be big, healthy pigs. Then, she had to say goodbye as her 13 children were taken to their own pastures. Emma’s heart was broken — that was until she met a rooster named Red.

Emma became the rooster’s surrogate mama and once again, she inspired John and Molly with her resilience and nurturing spirit. She inspired the couple so much that they figured, if Emma could raise 13 piglets and one rooster, then maybe it was time they start a family of their own.