Unusual animal friendships are perfect proof that love knows no boundaries. And these two know it. Nova the German Shepherd and Pacco the ferret have been crazy about each other since day one. Their owner, Diana Grib, said they’re living together as if they don’t know they’re different. 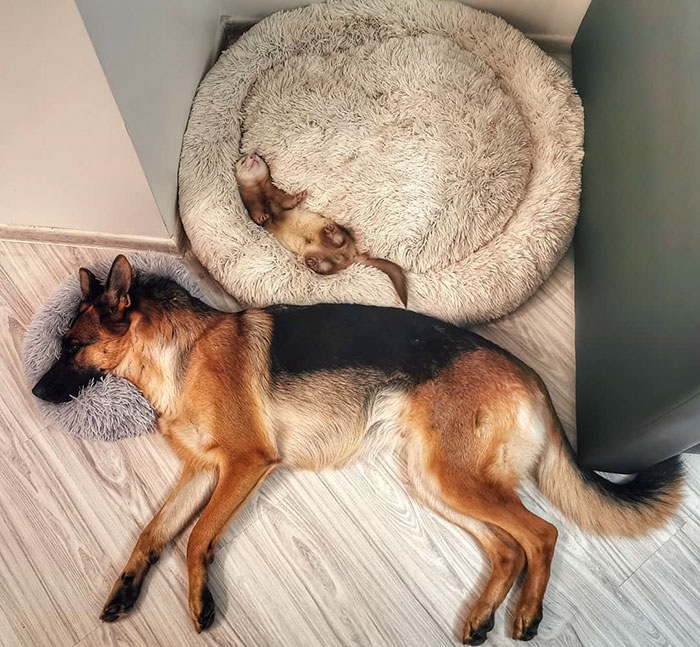 Diana said she first got Nova – Karamba Laukinė Vilkauogė. From the moment she got her, the woman introduced her to all kinds of animals, including rats, cats, and parrots. Diana spent quite some time teaching her pup to get along with everyone. When Nova became an adult, Diana set out to get the other pet she was dreaming about. Contacting many ferret breeders, her main priority was to get one that knows how to be with dogs. Ultimately, her search took her to Krakow where she got Pacco. 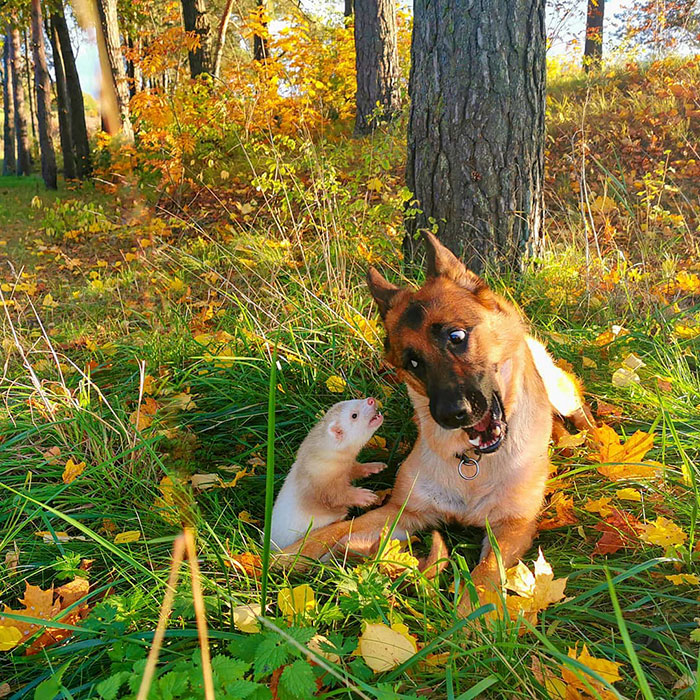 Nova and Pacco have some similarities, too. They’re both curious, playful and brave. Their matching personalities and the fact that they both met other animals when they were growing up are probably the main reasons why they get along so nicely. When they first met, Pacco was taking a tour of the new home while Nova was following her new friend like a shadow. After a few days, Pacco started paying attention to her and the fun started. 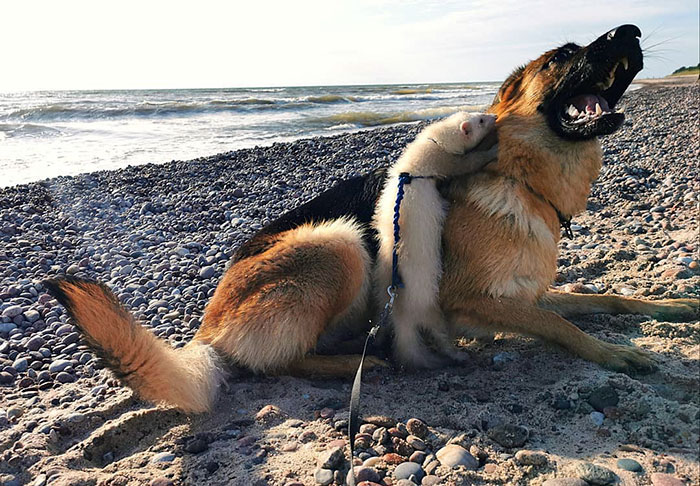 Now, the two are constantly playing, traveling, even sleeping together. “It sometimes feels that I own two dogs,” Diana told Bored Panda. The ruler of the house, however, is the ferret. “Considering that ferrets are cheeky and stubborn, it’s understandable. Nova is really happy to just have someone by her side.