Travis Ochs has faced something unexpected one day. He has met his beloved donkey named Ennis.

What an adorable moment! 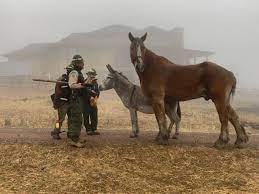 They have met each other after getting separated during wildfire. Ochs used to leave everything behind for a moment, even his donkey because he was given no choice.

Man was trying so hard to save him but he couldn’t.

“It was horrifying,” Ochs told the Daily Camera.

He never thought that they would meet each other again and man was so sad about it.

But finally Ochs has to be happy again because his donkey is safe and sound. 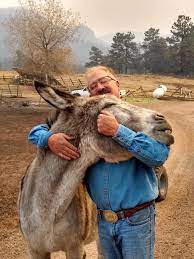 And though Ochs did lose material possessions to the blaze, their survival is what matters most.

“I’m just thankful we were all able to get out of there alive,” Ochs said. “There were a couple times I didn’t think that was going to happen. It was a happy ending to an otherwise dark and scary day.”

What an emotional moment!