Meet this small dog that loves saying ‘goodbye’ to everyone when they exit the store.

She just wants to wave to all the people.

The videographer, Leticia Americo has recorded this pup: “I filmed a little dog waving goodbye to everybody exiting the supermarket.” 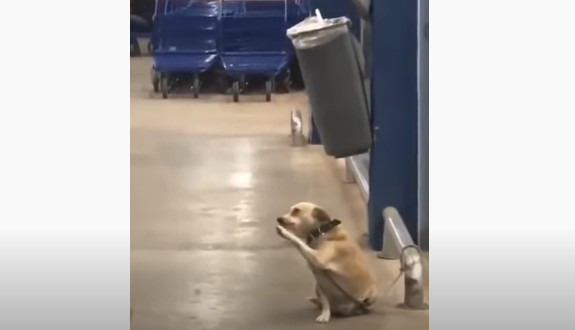 This baby is named Agusta. She used to live in the streets and now got adopted.

Her adopter, Jefferson Alexandre Rodrigues, saw the dog online and decided to adopt her.

Rodrigues told G1 News: “When she came to my workshop she was still intimidated by people, but over time, she built up confidence and became what we see in the videos. She is the main employee of the workshop since 2019.”

Now they always go to the stores together and dog greets and waves to everyone.