Coby Reid saw something unexpected one day on the train tracks. He noticed a young bobcat staying in the center of the tracks.

“The cat was reposed on his haunches with one arm leaned casually over the rail, as though he were reclining in an armchair,” Reid told The Dodo.

At first cat looked so calm but Coby already knew that he was in danger. He noticed that this young bobcat couldn’t move. This cutie was freezing. 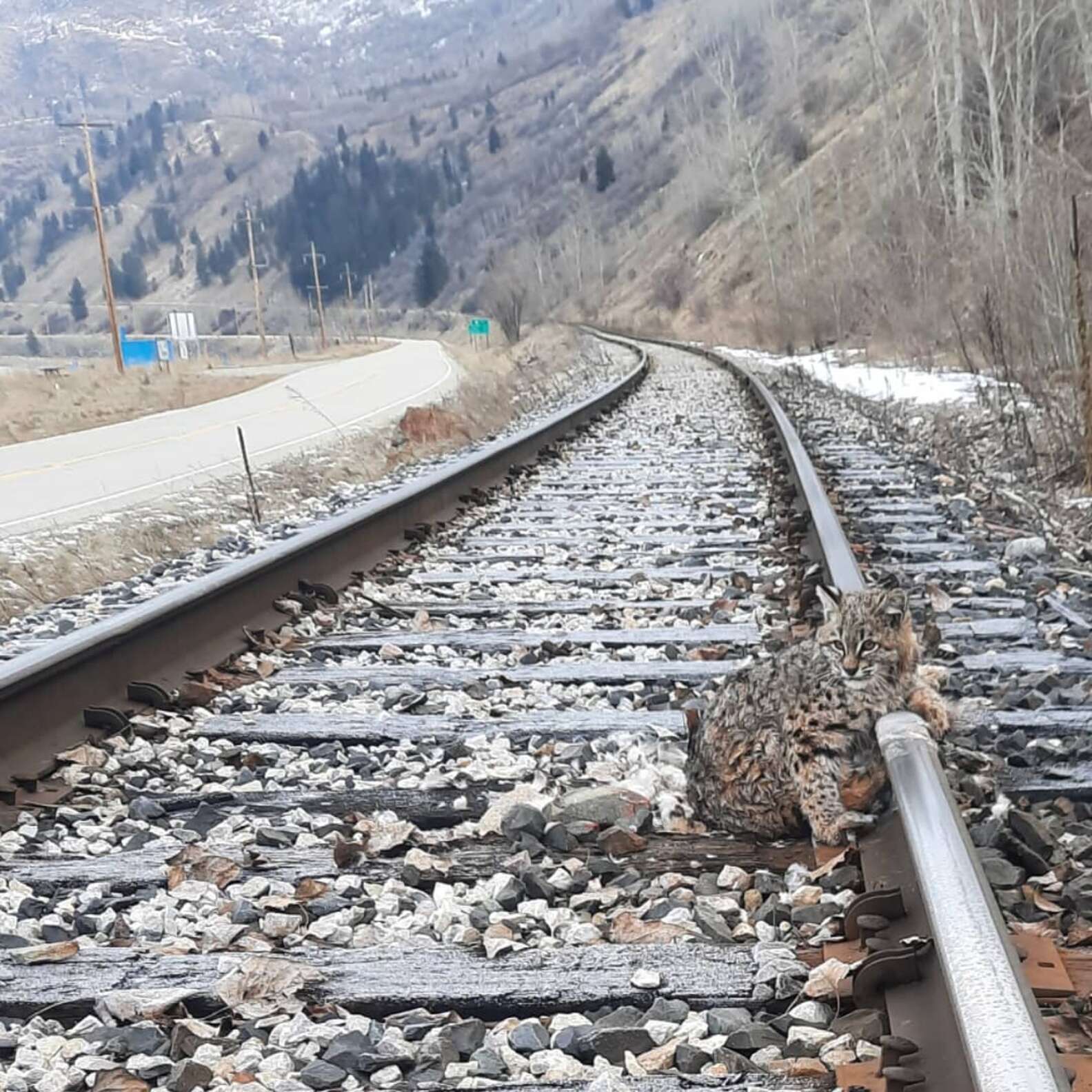 Reid immediately put a jacket on him to warm him up. He and his friend were thinking of a solution.

“We took a moment to think about the situation before deciding to call our office to ask someone to bring us a pail of hot water to help free the unfortunate cat from the rail,” Reid said. “A short while later, our boss arrived, water in hand and ready to assist.”

Warm water helped so much because already cat was free and could move and walk.

Finally, Reid and other people were able to move the bobcat from the tracks just in time. 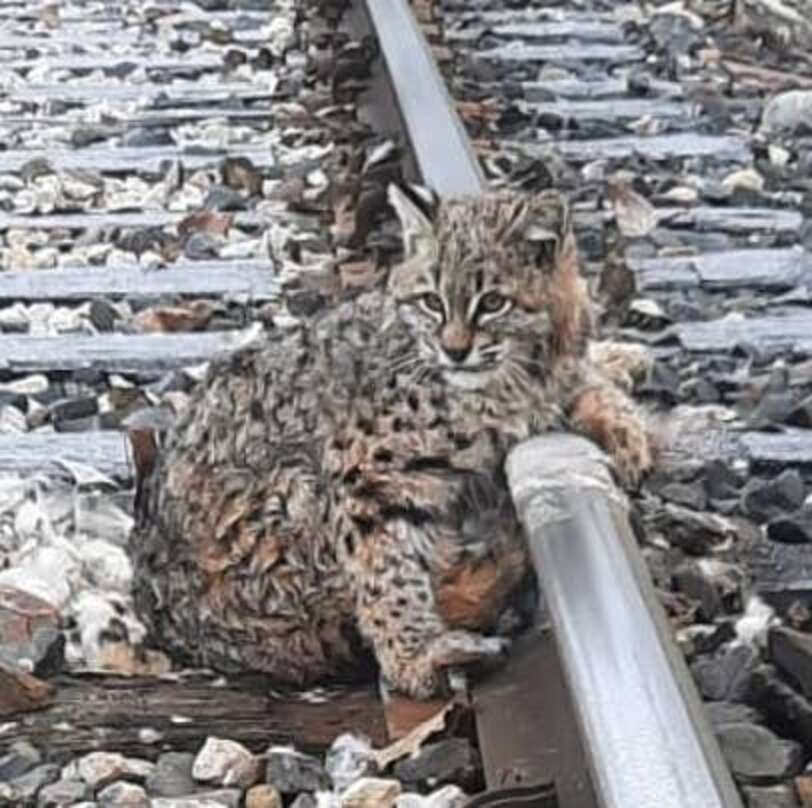 “The bobcat ensured that we completed our inspections only 30 minutes shy of the next train’s passing,” Reid said.

“The very train that would have ended our small friend’s life had we not been conducting an inspection that morning.”

Cat is so lucky to have another chance to live.