A baby squirrel was saved by a woman after falling from a tree. She saw the baby and warmed it with her own hands.

After napping in her arms, woman decided to send him to a local rescue. 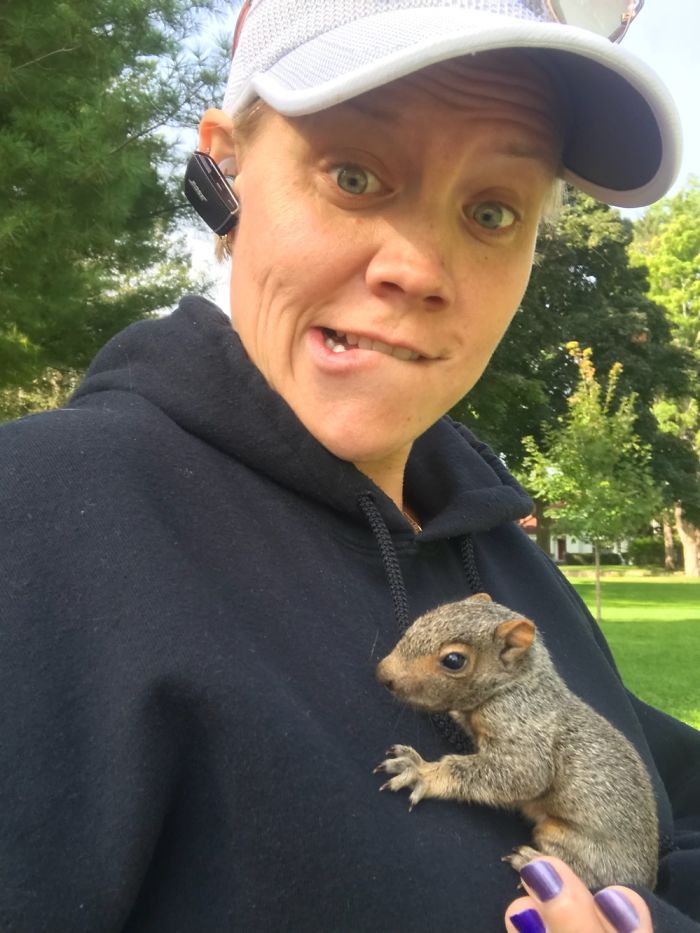 “I wanted to keep it so badly but I knew rehab and release was the right thing to do. I left the rescue know that if it turns out he can’t go bad to the wild to left me know. I offered to finance his rehab and raise him as one of our family”, Justina Hlavka writes to Bored Panda. 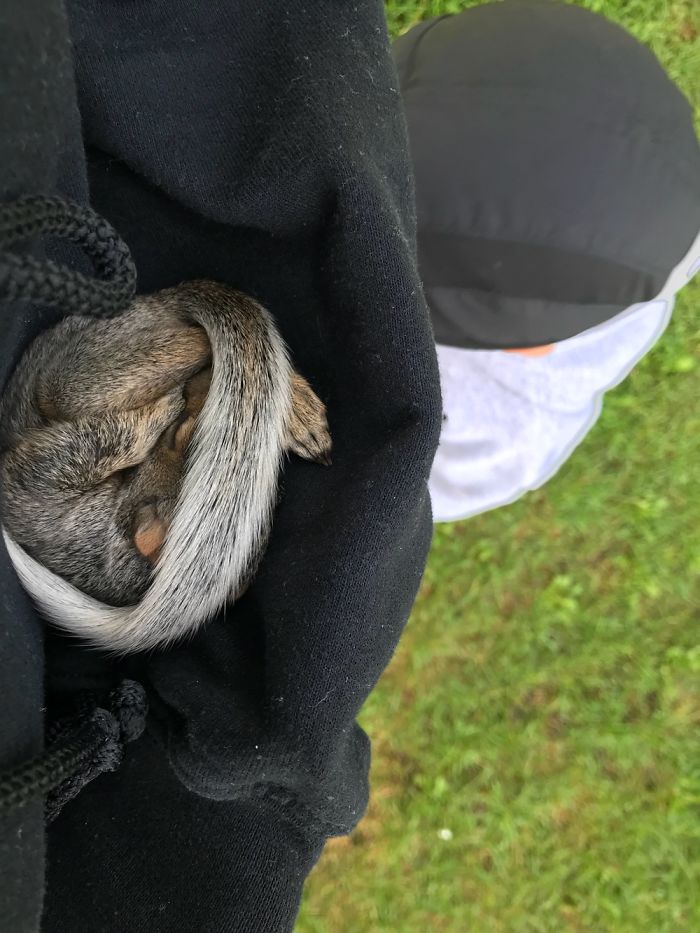 Baby needs a lot of treatment. Squirrel is still so weak and dehydrated.

“The squirrel is about four weeks old and he’s going to be OK. He is definitely underweight and dehydrated and is still nursing so she will be taking care of him until he’s fully weaned and then he will be released back into the wild”, she added. 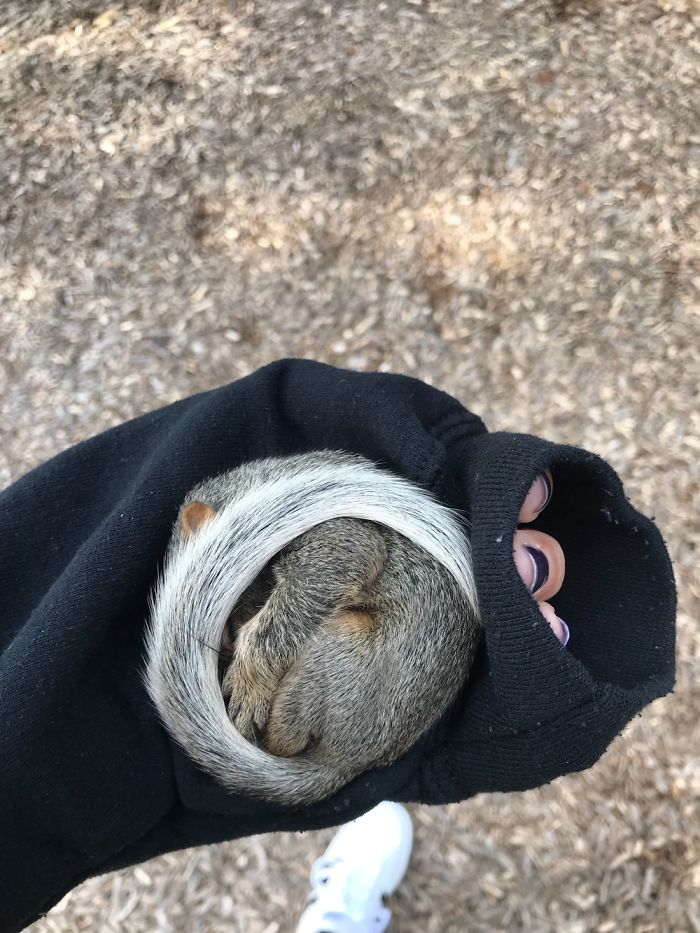