What does a pit bull and a well-known flavor of ice cream have in common? Well, they’re both called Cherry Garcia and they’re both super sweet. Just look at him cuddling these kittens! 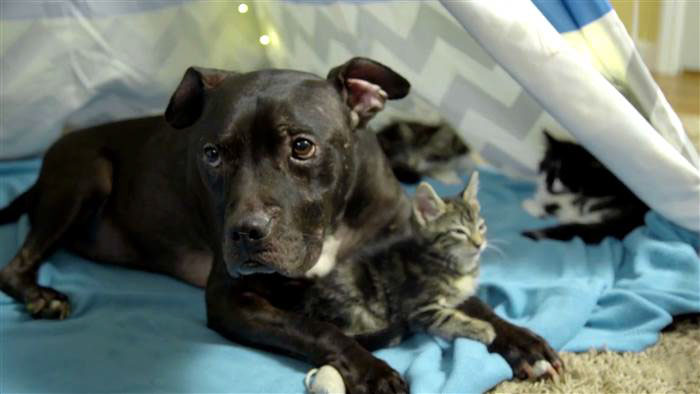 Despite his loving nature however, Cherry hasn’t always been allowed to express it, because he was once part of Michael Vick’s infamous dog fighting ring before he was finally rescued and re-homed. Vick was an NFL quarterback who was found guilty in 2007 of forcing dogs to fight each other on his property in Virginia. More than 50 dogs were removed from his care and Cherry Garcia was one of them. It was only the first step on a long road to recovery because the poor dog was badly traumatized, but he was adopted by a loving family in 2010 and he now spends his days swimming, snugging and hanging out with kittens. 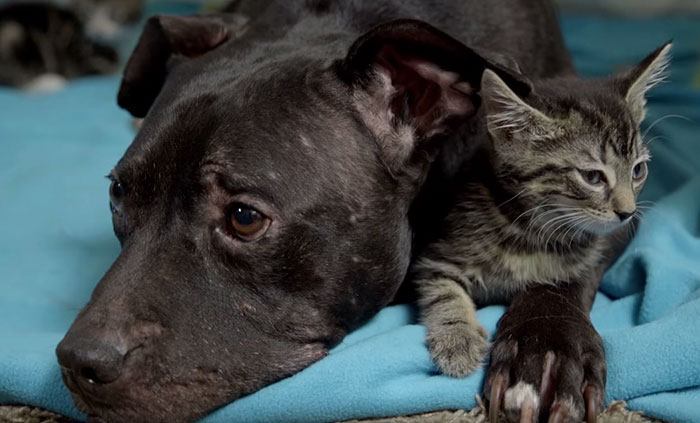 BarkPost recently honored Cherry as part of their “Dog’s Best Day,” series. For 24 hours the privileged pittie was given all the love and attention that any dog could ever hope for. 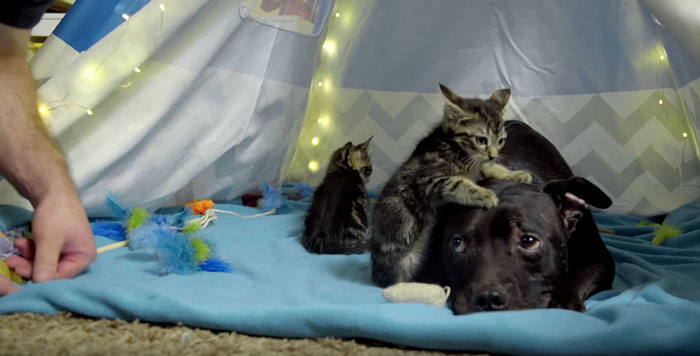