Meet this adorable dog that is so famous now on Tik Tok because of a video that went viral. This cutie named Oakley is a mix between a Dalmatian and a golden retriever.

Video was posted by Andrew Lewis. He has two dogs named Oakley and Nellie. 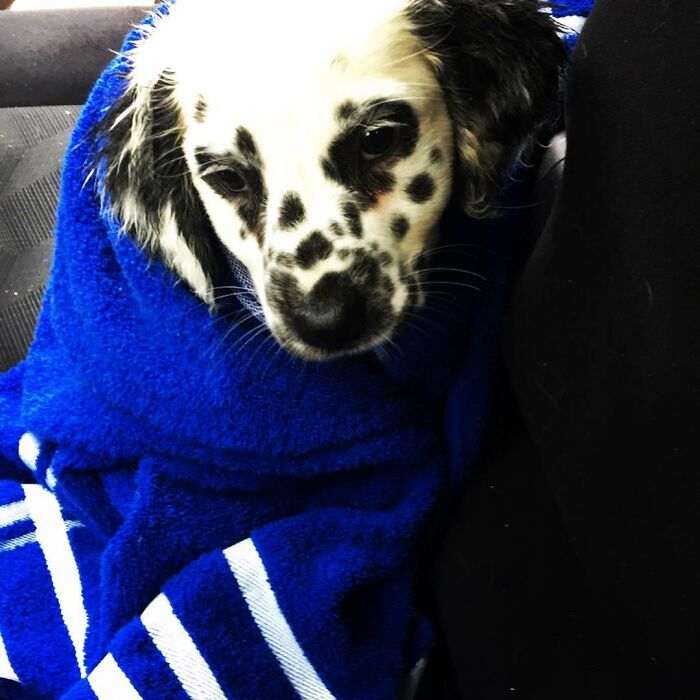 Andrew told Bored Panda: “So first off, I have two long-haired Dalmatians that are full-bred (Oakley and Nellie). So that post was initially a joke. Every time I go out in public I mostly get asked if they are mixed with a golden retriever or something like that. But I’ve always wanted to get a Dalmatian and randomly stumbled upon a long-haired and I instantly knew right there. 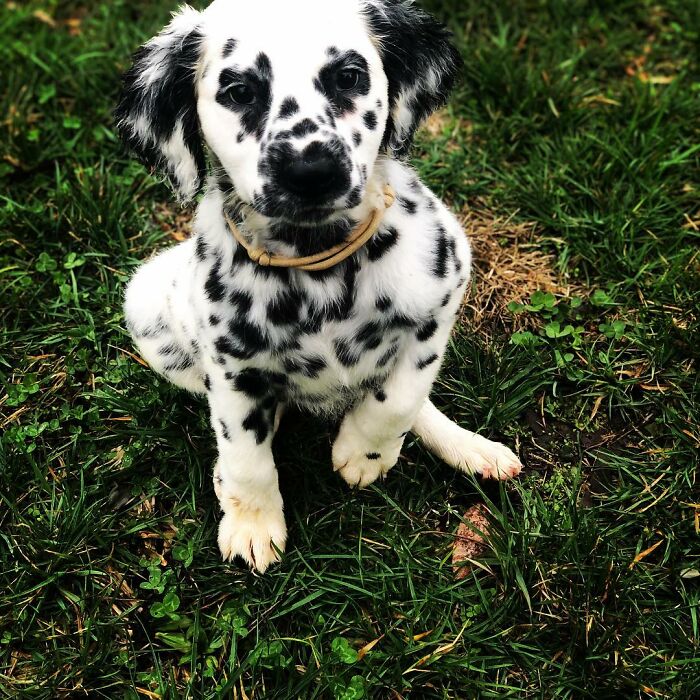 Oakley has long hair and is so unique.

Also Andrew explained how he found Oakley. He says that Oakley is the happiest dog he has ever met. 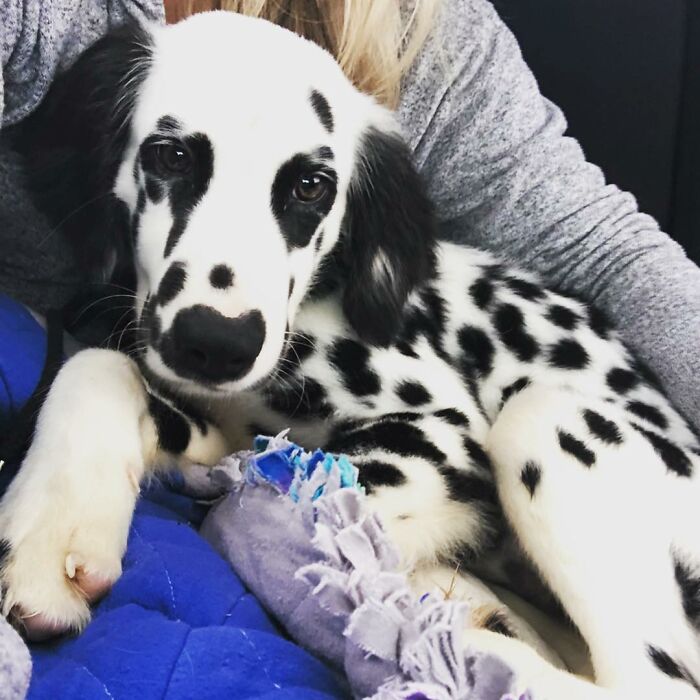 “So I found a lady online trying to get rid of their puppy, which was around 4 months old. When I got there, I noticed he wasn’t fed too well and he was terrified of everything. I don’t know for sure, but I assume he had a not-so-pleasant time before I got him. I picked him up in East Tennessee and named him Oakley! He took a while to adjust and be normal, but he is the absolute happiest dog I’ve ever met.” 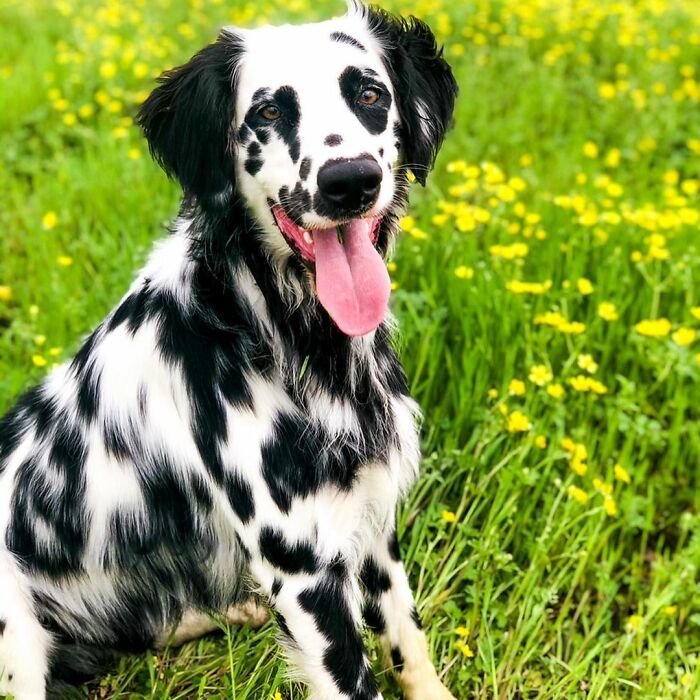