The common chicken is not known for being particularly stunning – but a new fad has allowed these farm birds to peacock around the yard. Photos of chickens in tutu skirts have been paraded across the internet and we all agree it is our new favorite thing. Forget chickens in diapers, these robust birds have been accessorized to look stage-ready with ballet tutus, and you won’t be able to hold your applause. 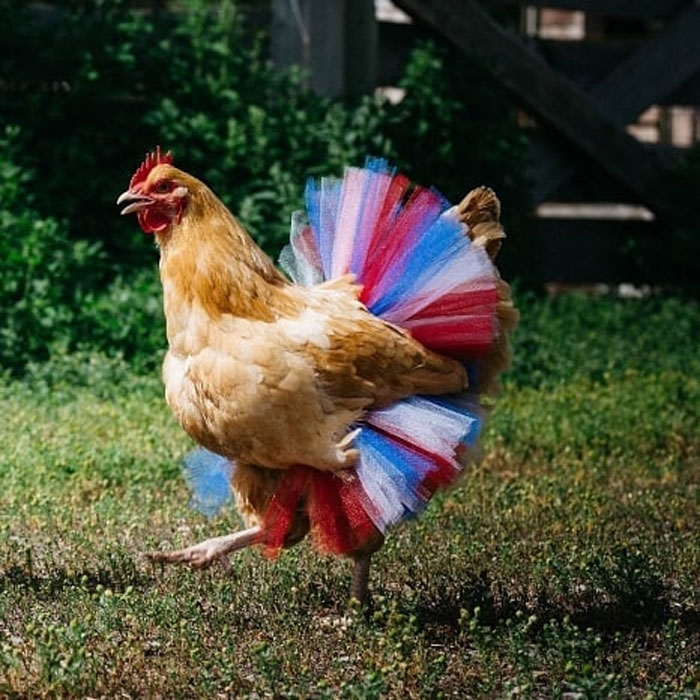 Animals may not be able to perform the same elaborate choreography that humans do, but that doesn’t mean they don’t dance. According to Ed Hagen, an anthropologist at Washington State University, who has researched the roots of dance, we can observe lots of animals dancing in nature. These movements can help communicate important information and help find a mate. The process of using dance to find a mate is part of something called courtship – which can be observed in chickens.

Extension poultry scientists from the University of Georgia explains the courtship and mating of chickens as a sequence of events: “dropping one wing and dancing in a circle (the lowered wing will be on the inside of the circle dance). The hen will crouch (dip her head and body) to indicate receptiveness to the male. The rooster will then mount the hen and grab her comb, neck feathers, or the skin on the back of her head or neck to help hold onto the hen’s back.”

Another dance performed by roosters is called ‘tidbitting’ in which they make sounds (food calls) and move their head up and down while picking up and dropping a bit of food. Researchers have found that females prefer males that frequently perform tidbitting and have larger, brighter combs on the tops of their heads. 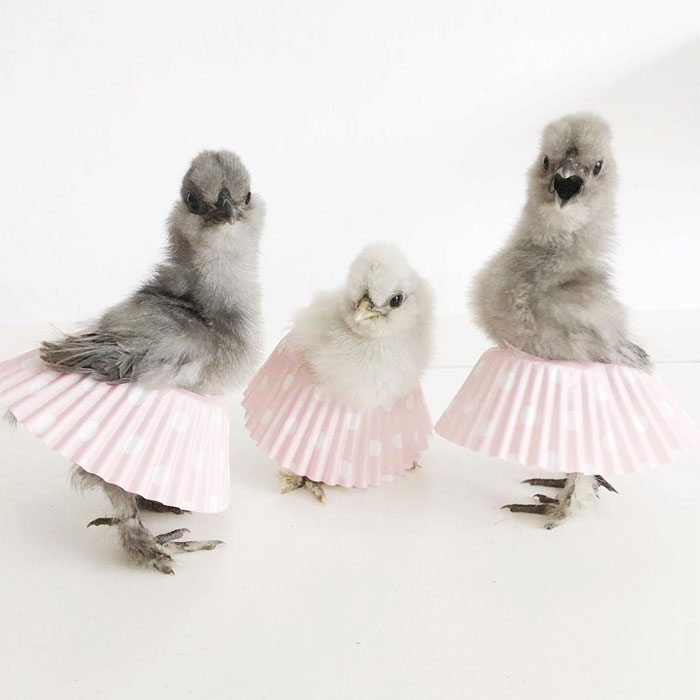 There are more chickens than people on earth – 25 billion. There are also more chickens than any other bird species. Chickens were first domesticated in Southern China around 8,000 years ago in 6000 B.C. These birds have prehistoric roots and are the closest living relative of the Tyrannosaurus Rex.

Chickens are more intelligent than many humans may realize. They can remember over 100 different faces of people or animals, with memories rivaling those of elephants. Some Research suggests that chickens are more clever than toddlers. Hens have exhibited mathematical reasoning, self-control and even structural engineering. 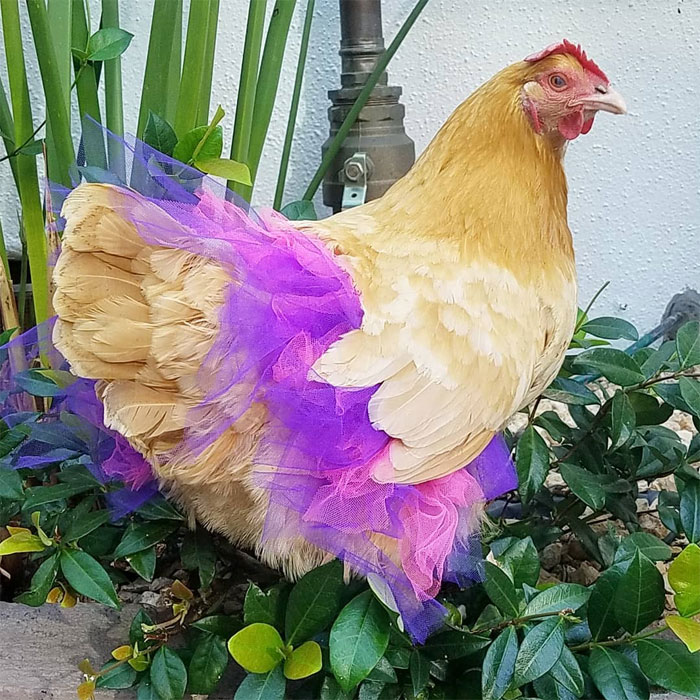