Buddy Mercury is a rescue dog who became famous for his next-level piano skills. But he’s much more than that. The beagle also loves singing and is great with kids. The ultimate pupper. Recently, Buddy Mercury’s pawrents uploaded a video of his little sis rocking out to his tune, and it’s going viral for all the right reasons. Accumulating over 4 million views, this clip is precisely what the internet was created for. 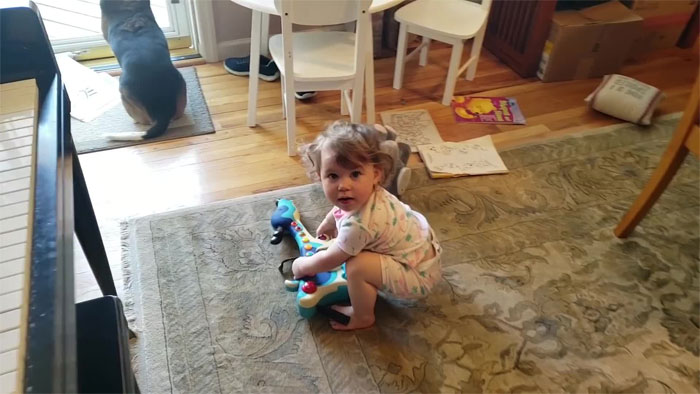 The self-taught piano doggo is named after Freddie Mercury, the late lead singer of the legendary rock band Queen. He even has a website where fans can buy his merch, and download his latest music. “Buddy has captured the hearts of many music fans around the world in a short time,” his owners wrote. “Thank you for all the love and kind words! Buddy loves entertaining his family and fans!” 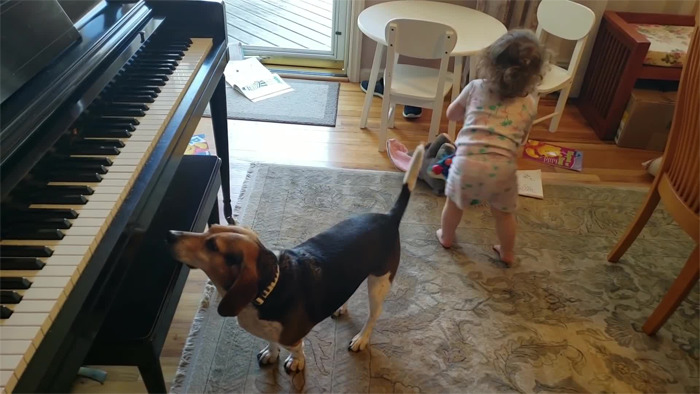 “We met him at an adoption event on April 30, 2016, and brought him home!” Buddy Mercury’s humans told Bored Panda. “He is one of the kindest, sweetest dogs I’ve ever met. He absolutely loves people. But he also loves other animals. Even cats! He gets along with everyone. He’s a little love. Buddy Mercury plays his piano daily! Many times multiple times per day. He would like to inspire other animals and children all over the world about the joy of music and to always let your creative juices flow.” 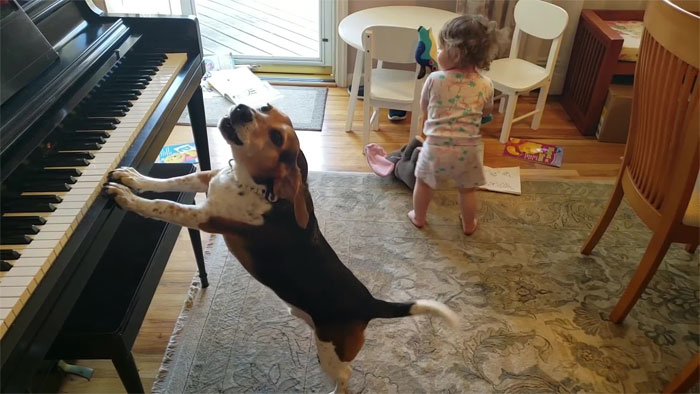 The doggo is also passionate about saving more animals like him who need a home after a rough start. “We feel he plays his tunes not only for the love of music, and his family but as a call to action for others to consider rescuing an animal. There are so many out there in need of a good, loving and happy home. ”

Music is much appreciated in Buddy Mercury’s family. His human dad is a drummer and one of Buddy’s influences. “Any time his dad is drumming away, Buddy will be inspired. Same as when Lil Sis is playing her guitar or singing and dancing. It’s amazing.”

As far as future plans go, Buddy Mercury would love to meet Jimmy Fallon and even do a duet with him. “He’d [also] love to meet Ellen someday – good humans, doing good, kind amazing work for others out there. He loves making people smile!”