Jennifer Rutter has a new visitor in her house in London since February. It’s actually a little fox.

“I see that fox nearly every day, and she’s a favorite on our street,” Rutter told The Dodo. “The kids watch out for her from their bedroom windows.” 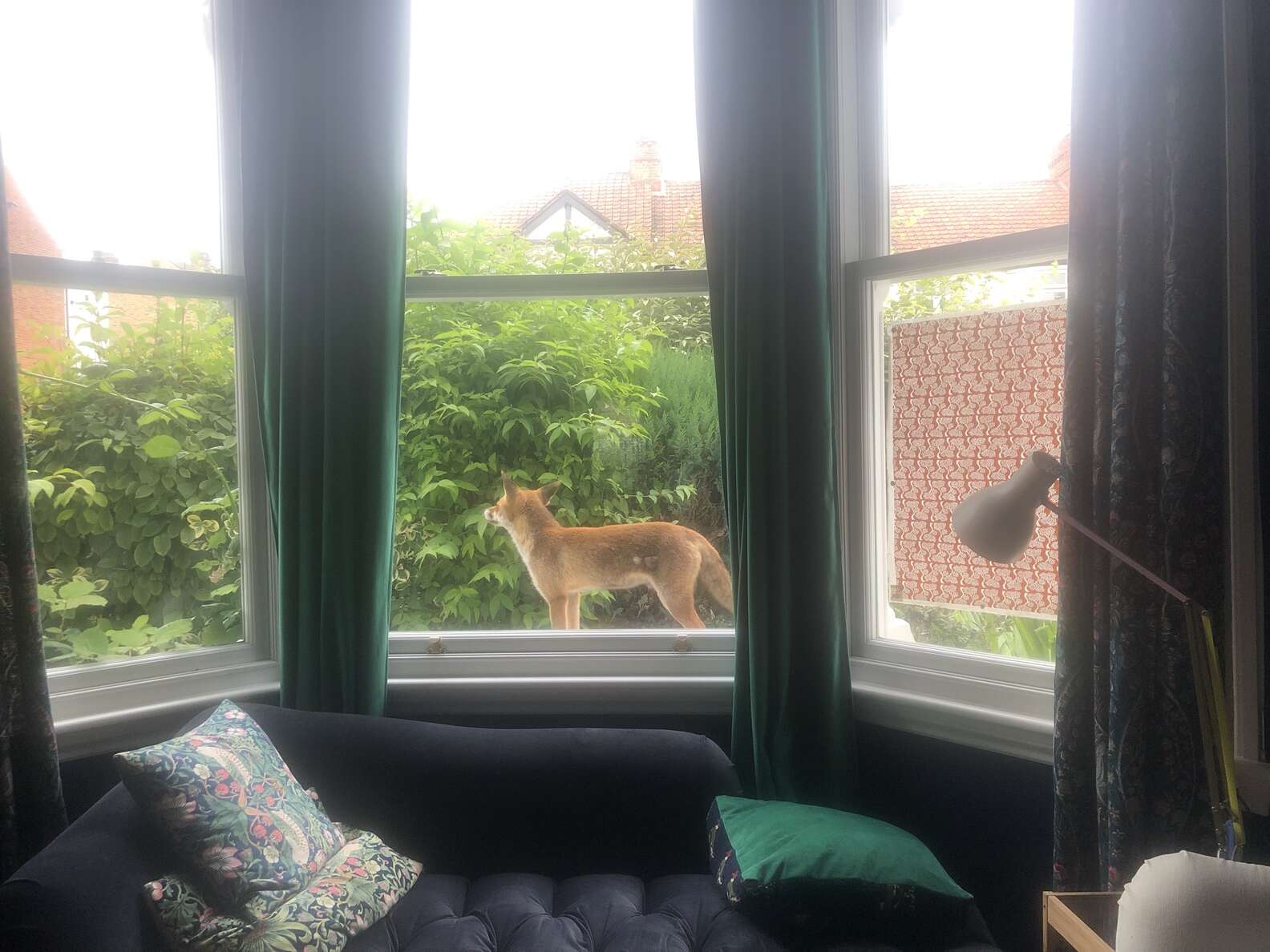 Also Jennifer has said that fox looks so polite and gentle. “It’s brought me so many ‘presents,’” Rutter said.

“I’ve had a bag of moldy limes, lots of chicken drumsticks, a single sausage, a small toy car — bread seems to be a favorite.” But now fox has a friend, Rutter’s kitten named Dodo.

Dodo saw the fox appeared at the window on day and got surprised. The brave little kitten immediately jumped at the opportunity to play with the wild fox.

“Dodo was on my knee, and I pointed the fox out to her,” Rutter said. “She jumped up to the window and caught the fox’s attention, and then I started to film. I’ve never seen them interact before, and it was so moving to see them mirroring each other.” 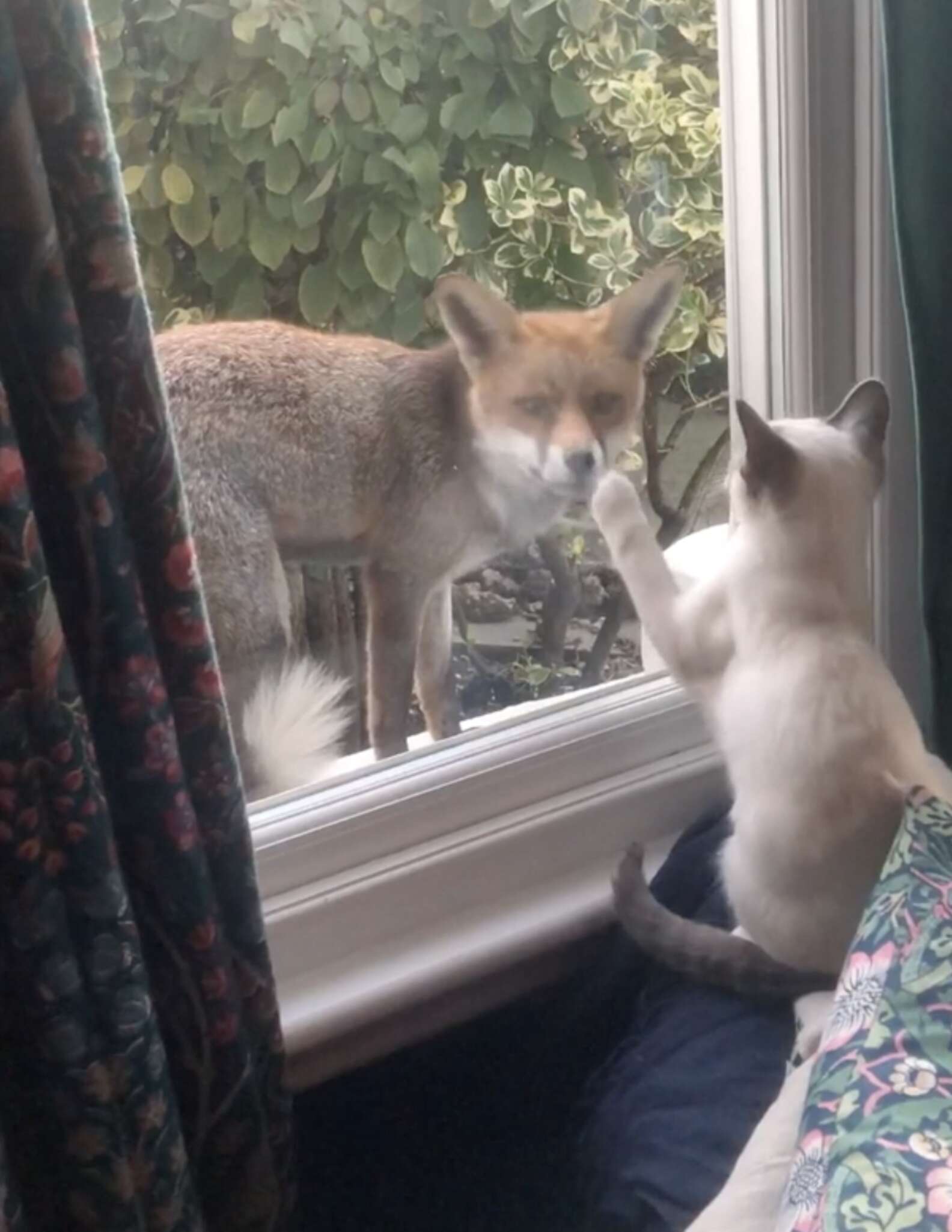 Now they are besties! So cute!