A vet named Veronica Galindo saw a frog one day peeking out from a utility hole outside. Actually she noticed that the frog was stuck. Vet wanted to help but didn’t know how to unstuck him.

So she gives it a try.

“I think [he] hopped on top of the hole and fell in, then became bloated in a panic thinking he was being eaten,” Galindo wrote on TikTok. 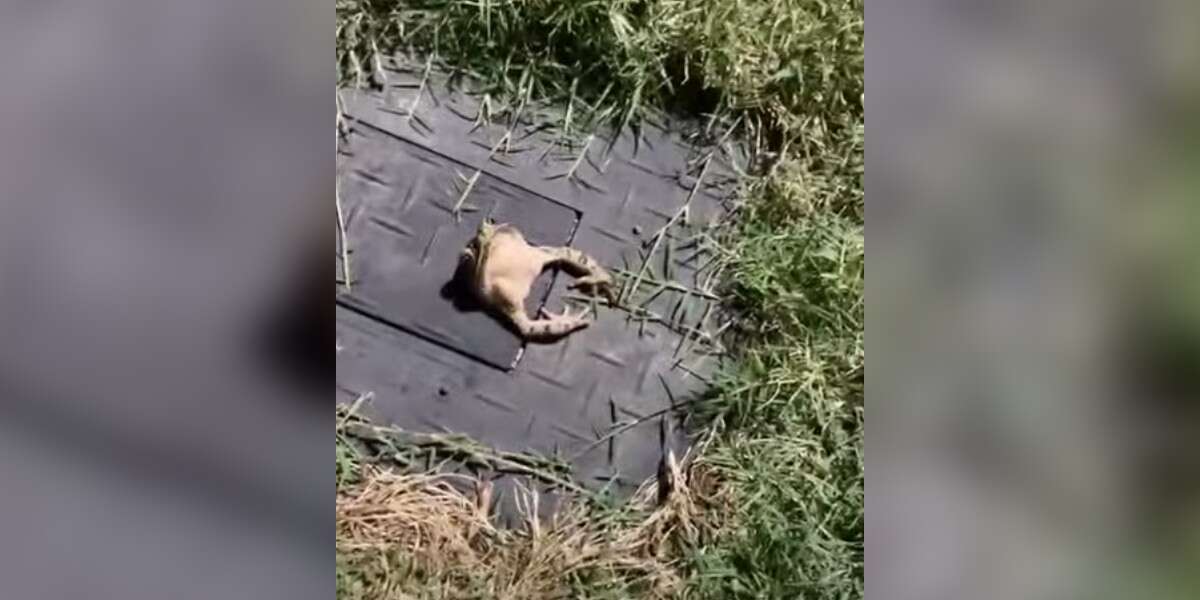 So Veronica decided to massage his belly. After a while, the swelling began to go down, and it seemed they were getting closer and closer to being able to wiggle him free.

After trying so hard, finally the little frog was free.

Veronica and the frog named Pinto became friend for a little while and later they said ‘goodbye’ to each other.