A dog chained in a backyard is finally free now. A man living in Detroit helped the dog and set him free. Later, man contacted Rebel Dogs Detroit. 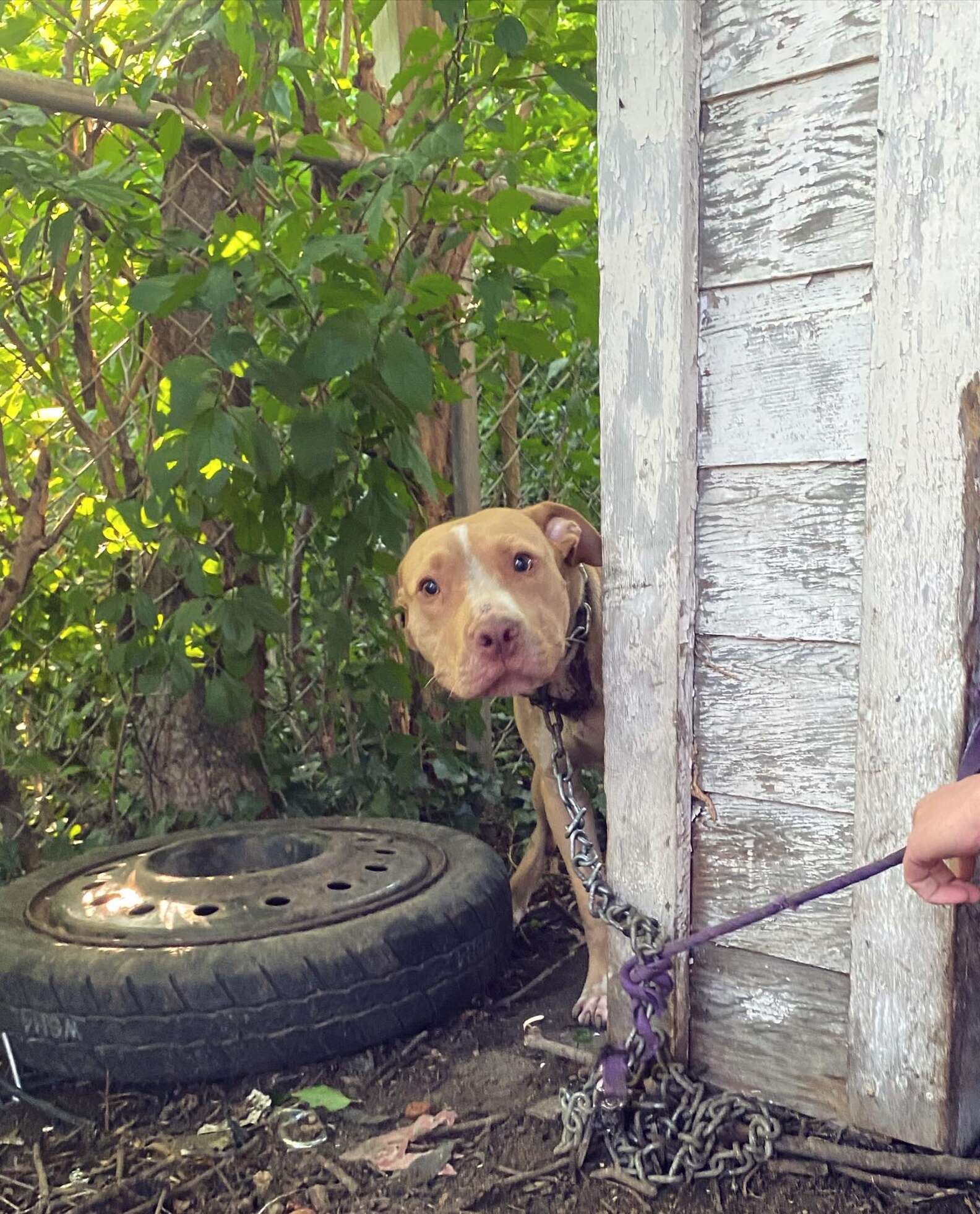 Volunteer, Tiffany Perkins went there to investigate and saw the poor dog. Now he has a cute name, call him Beaker.

“Beaker was timid and cowered behind the garage to hide,” Perkins told The Dodo. “He peeked out the side as I started calling for him. As I got closer, his tail started wagging. Then he pushed his weight against us for petting him — and seemed to be visibly relieved. 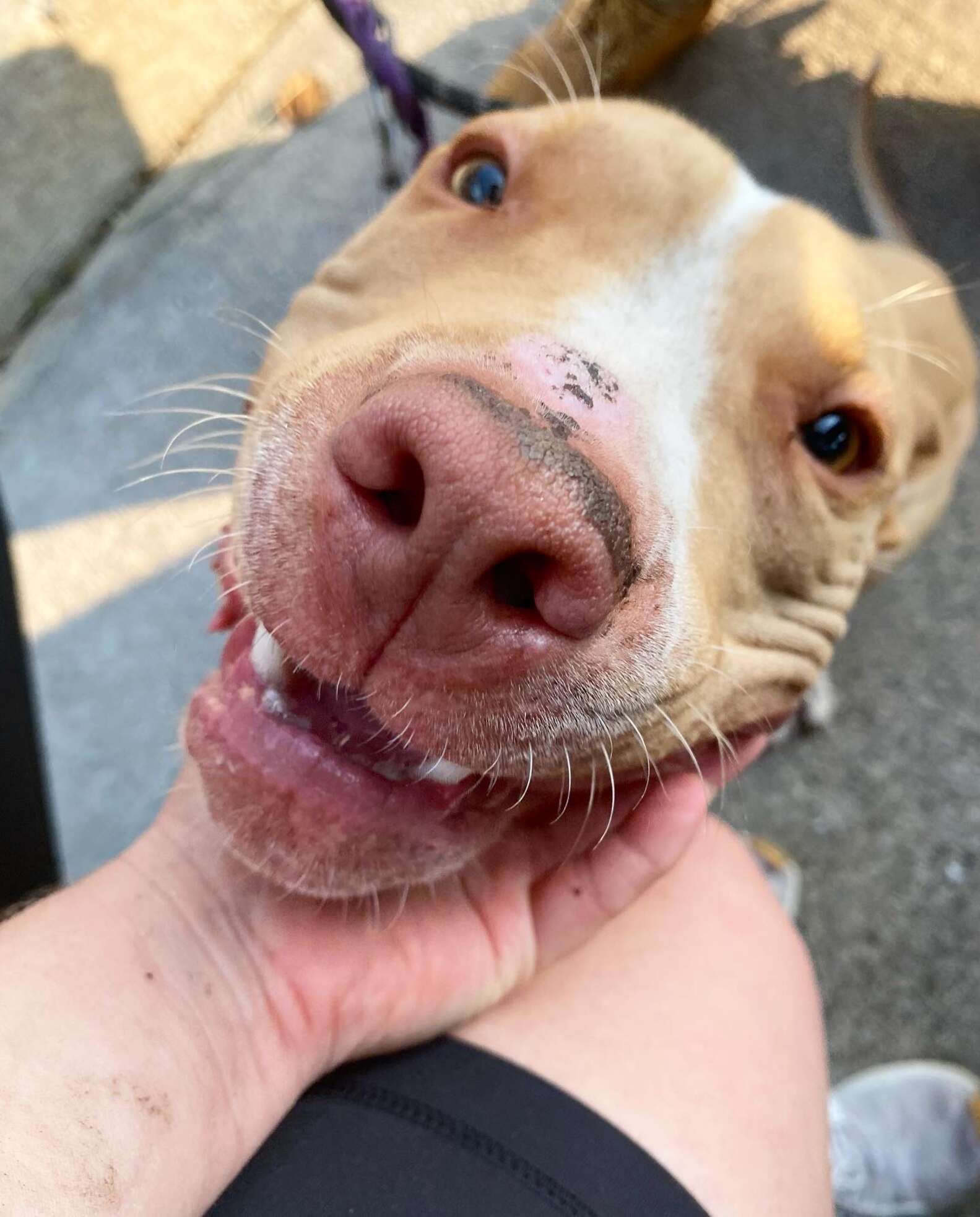 He ‘meeped’ like a muppet, he was so excited, so he got the name Beaker!”

But unfortunately the chain was stuck in dog’s neck. He went under a surgery and now Beaker is feeling good again. 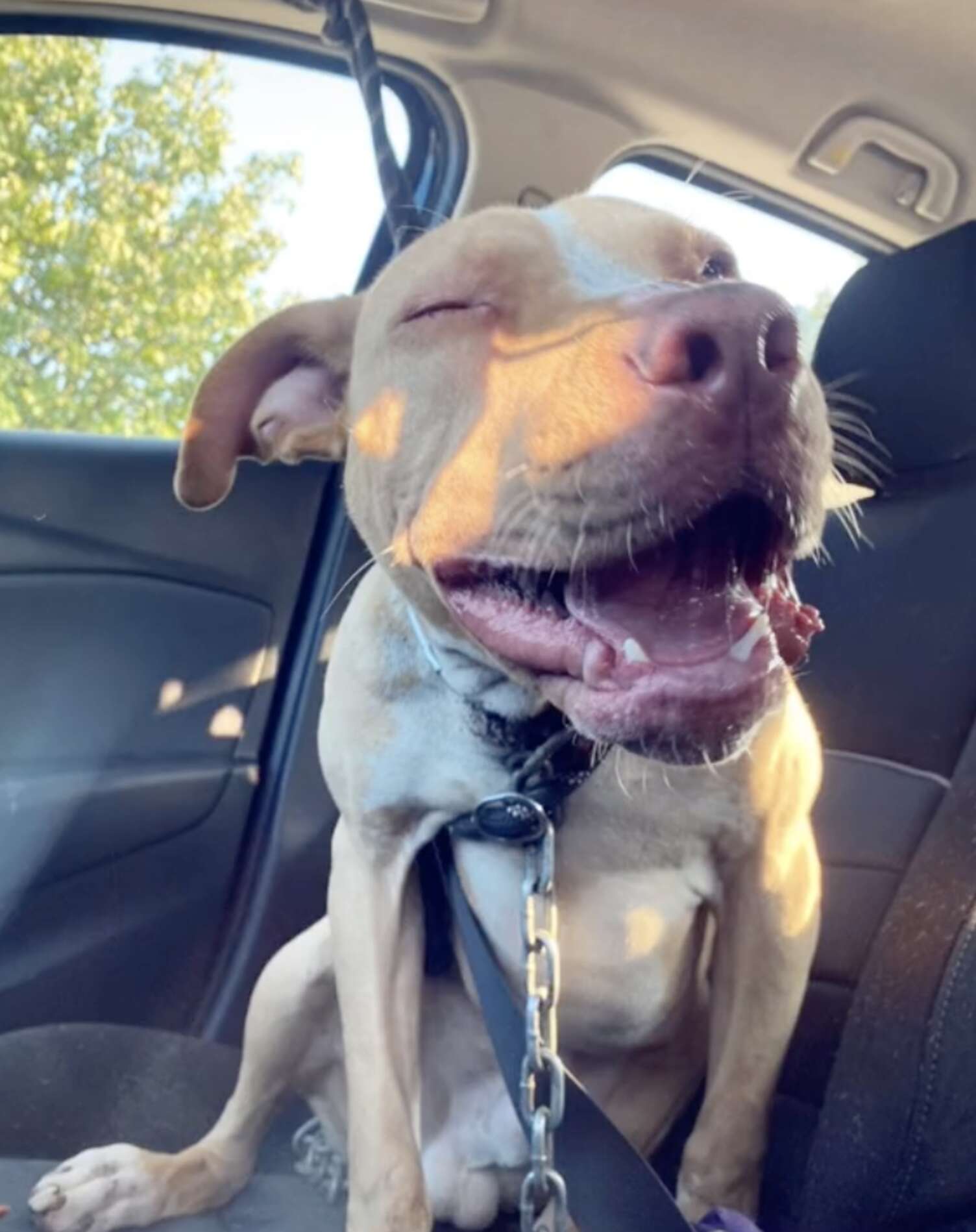 “We had lots of bonding time in the car waiting for his surgery for 5+ hours,” Perkins said. “He was napping with his head in my lap after a while.”

Now he is looking for a loving home. 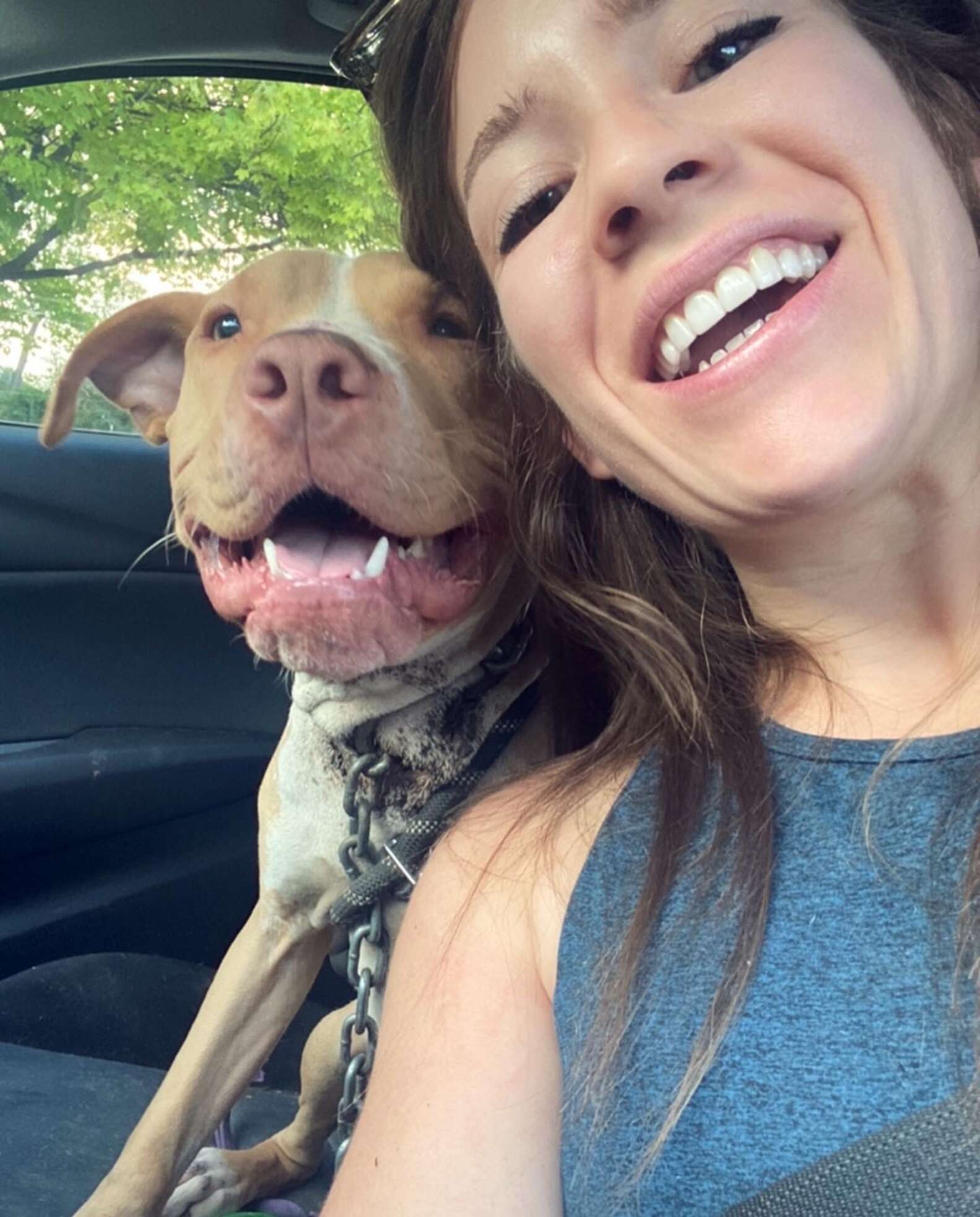