A ten-year-old labradoodle named Monty and his owner Carlos Fresco had such a touching story. Dog had a very tough life. Monty had been fighting and struggling with leukemia. 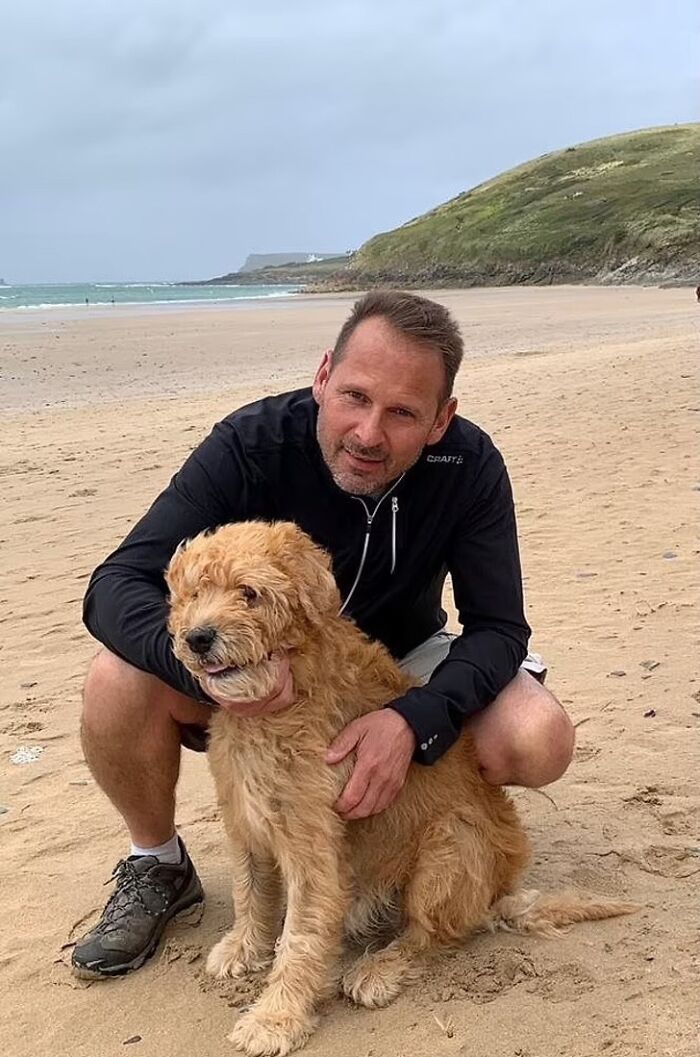 So he started chemotherapy. And he responded very well. Fresco decided to have their ‘one final adventure’ and he took the sick dog to the peak of Pen y Fan in Brecon Beacons, Wales. 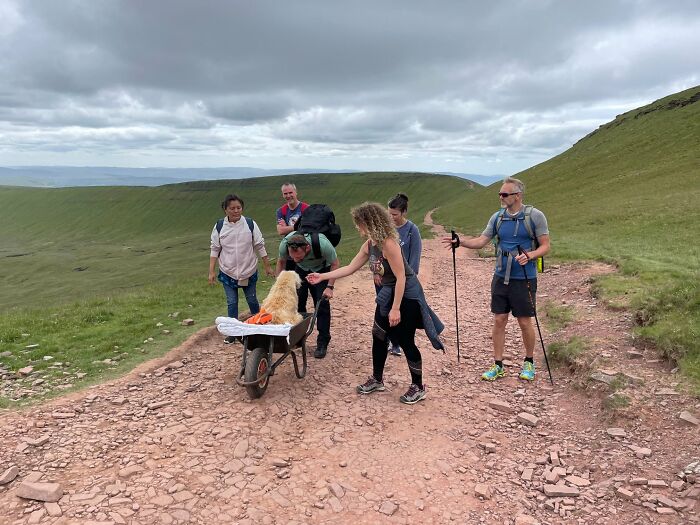 He has said that Monky was so weak but he enjoyed their last journey together. 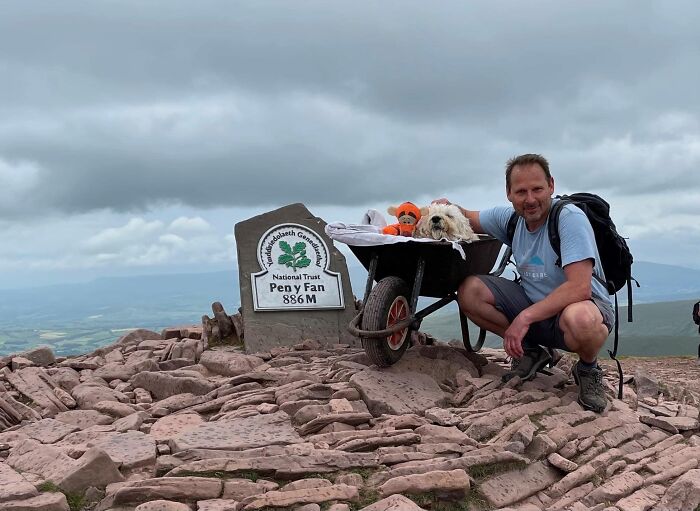 “He loved hill walks and we improvised and took him on trips around your wonderful beacons. Although he was weak he enjoyed all the fuss and attention received by so many well-wishers. People on the hills were so kind and equally so sad at his deteriorating condition. In fact, total strangers asked if they could share in pushing Monty on his last journey – many total strangers shed a tear as we all love dearly our little four-legged friends.” Carlos told the local newspaper Brecon’s Radnor. 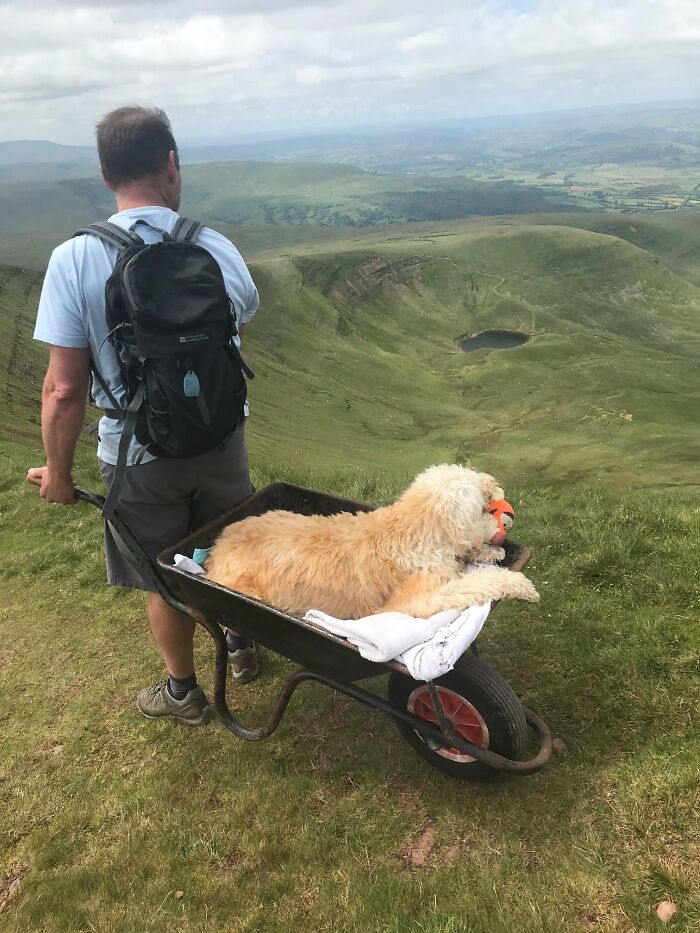 Unfortunately, Monty died on the 21st of June. 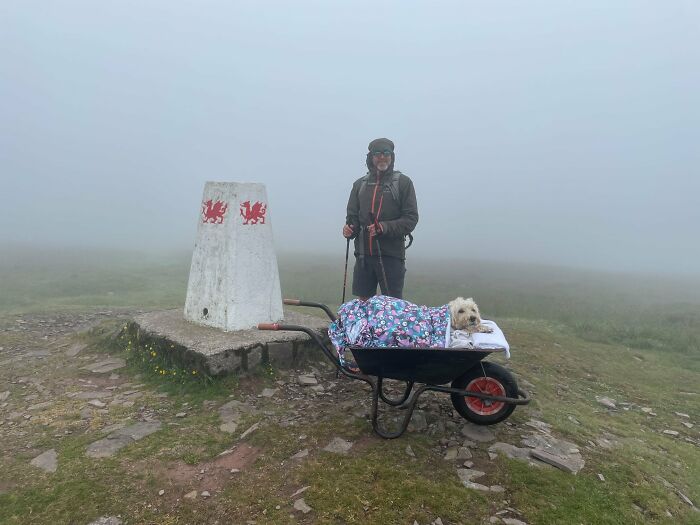