One day, Brittany Callan heard a meowing and noticed that it was a newborn kitten. Baby was staying in the back of Brittany’s aunt garage.

She took the baby home and noticed that kitten is blind. 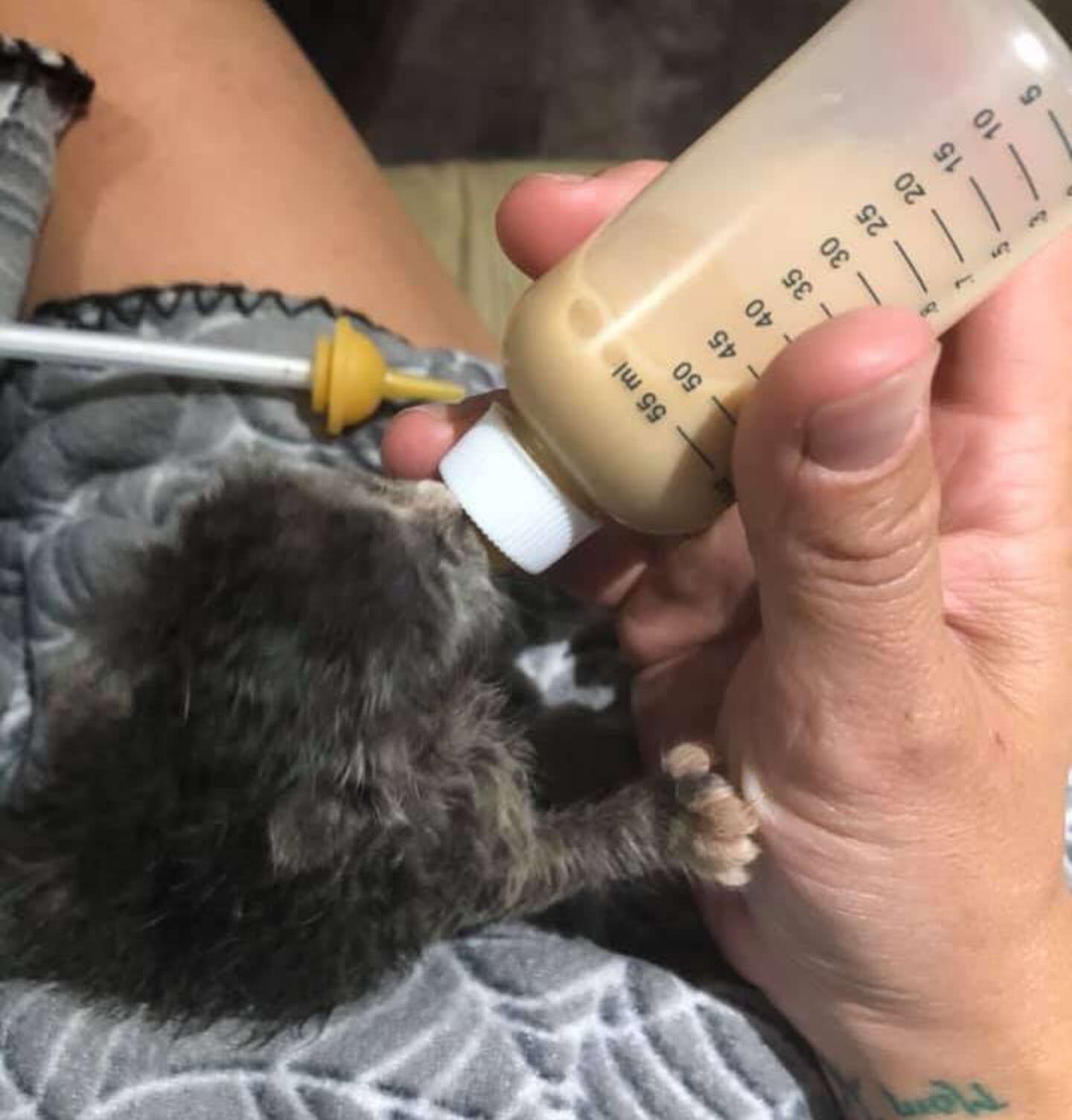 “We’ve had baby bunnies and guinea pigs, and she just licks them like she’s their mom,” Callan told The Dodo. “She was carrying around the baby bunnies in her mouth and hiding them in the couch like they were hers — she even tried to nurse them when she was younger.” 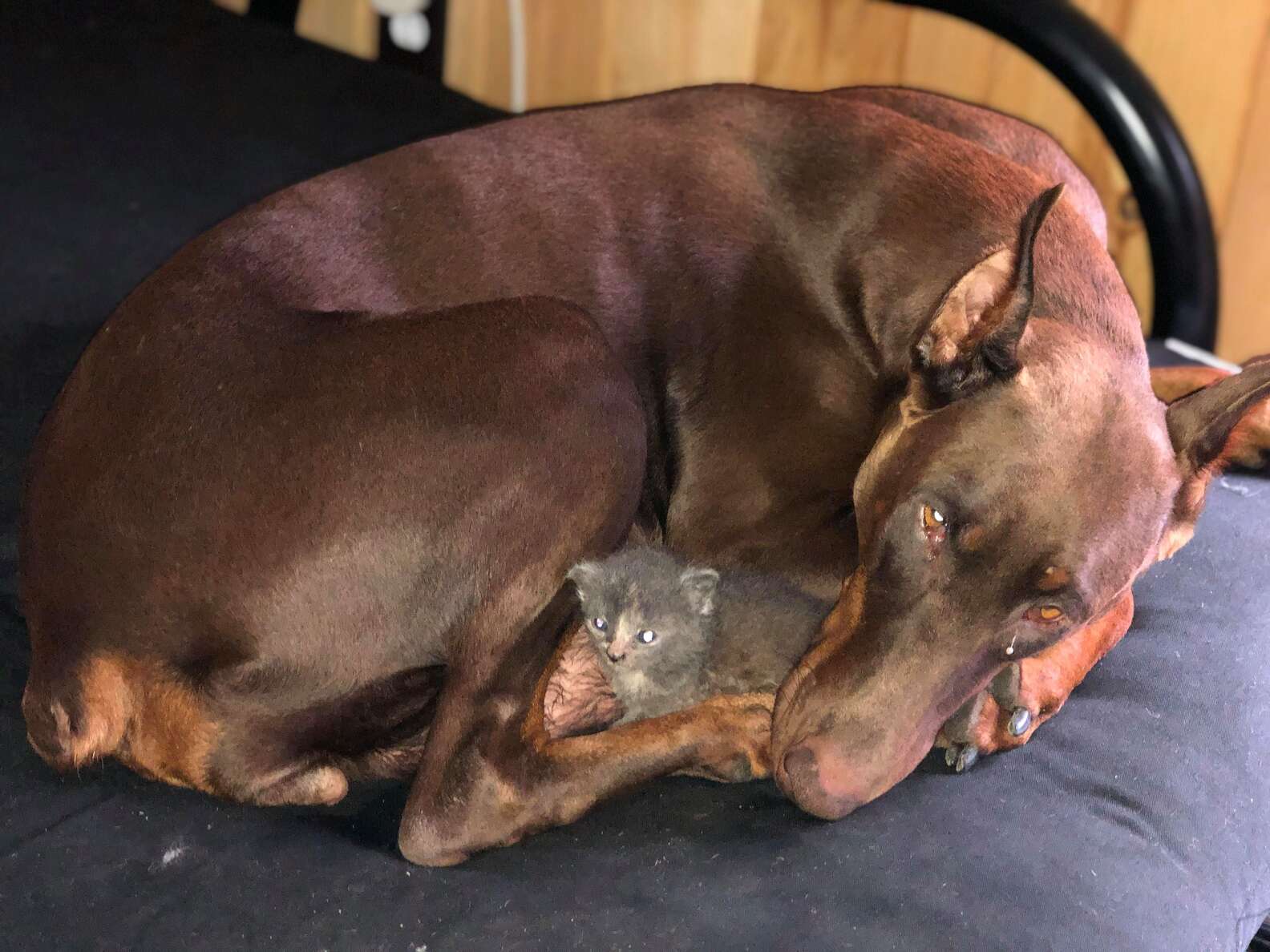 Callan has a dog whose named is Ruby. When dog saw the little kitten, Ruby immediately accepted the baby and showed some love. 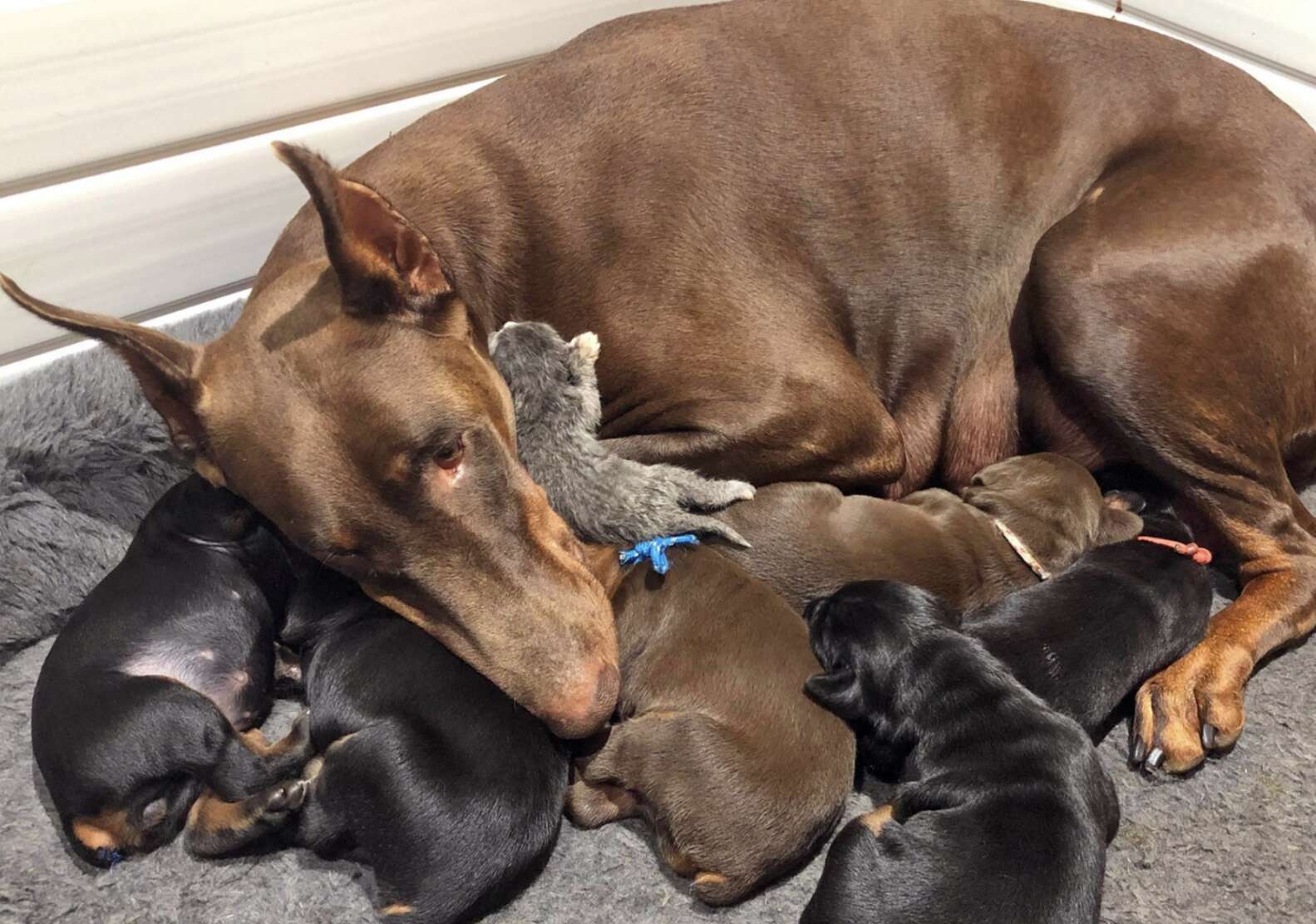 “She just started cleaning it and nudging it out of my hand,” Callan said. “Then I just opened up the kitten’s mouth and put it on Ruby’s smallest nipple, and it started eating right away. Ruby looked at it and laid her head down.”

Now, dog loves the baby and is so obsessed with the kitten. She can’t stop hugging the little cat. 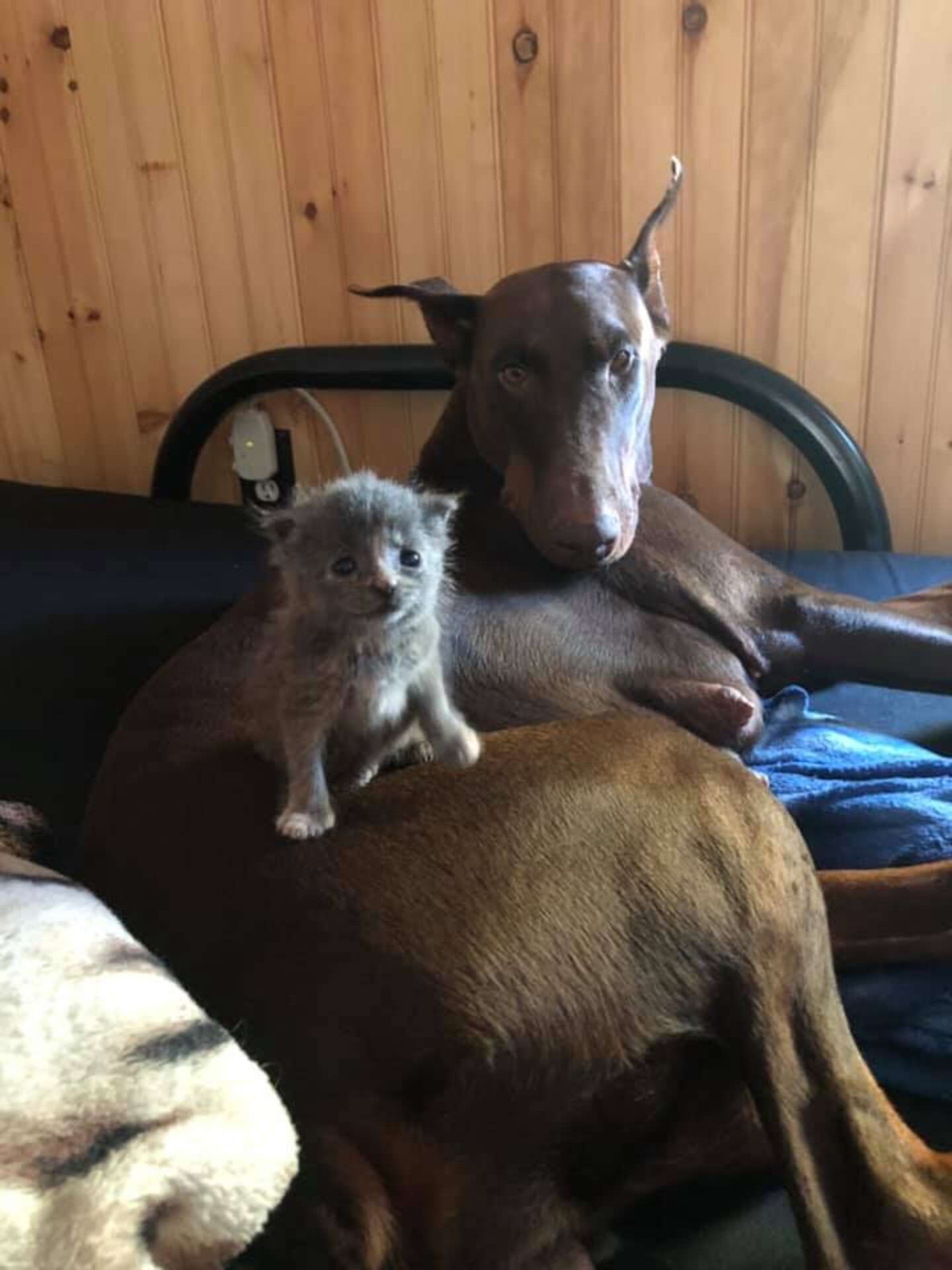