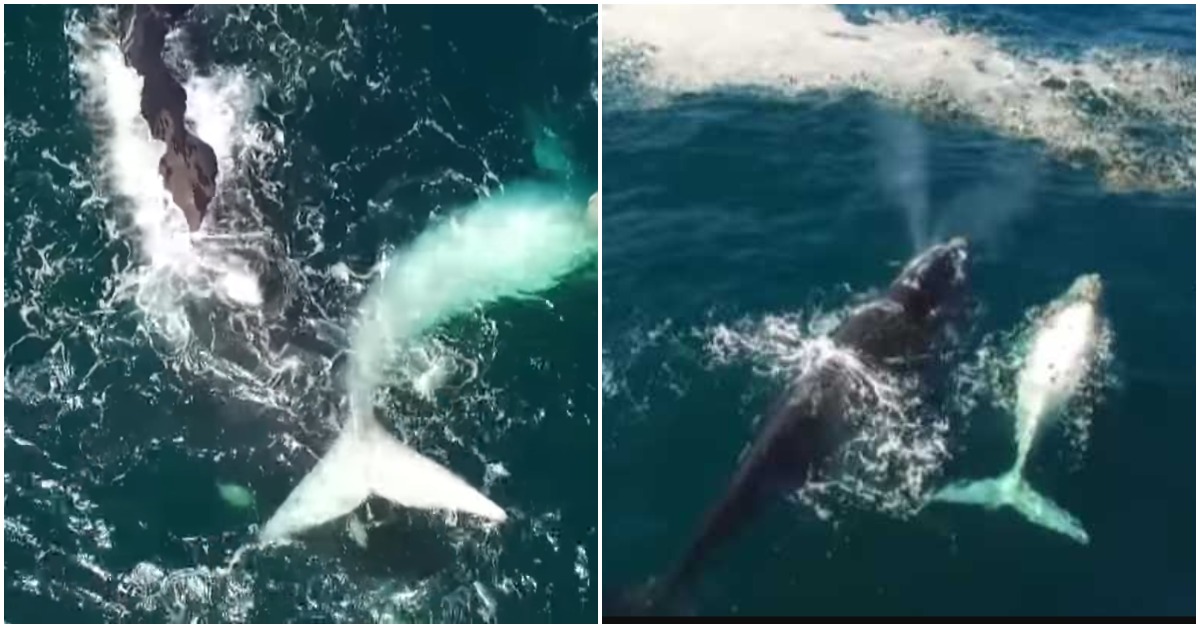 In the South Atlantic, a drone recorded amazing footage of an albino southern right whale baby frolicking with its mother.

Anton Schutte, 42, of Cape Town, South Africa, took out his drone after receiving a tip from local visitors and flew it out to sea. He discovered the couple only 700 meters (2,300 feet) off the coast of Hermanus.

“Of course, I was overjoyed to find them still there, just 700 meters from the beach! It is a genuinely life-changing experience for anyone to be in the company of these wonderful creatures,” Schutte told Caters News.

“It stays with you forever, and seeing them from the viewpoint of a drone is a whole new and incredible experience.”

Albino animals are quite uncommon in nature. It’s a hereditary disease that causes melanin, the biological pigment that gives skin, hair, and eyes their color, to produce less. Albino animals seldom survive in the wild since their lack of pigmentation makes them easy to identify, and they’re also prone to other health issues such as impaired eyesight. This little sprite, on the other hand, looks to be doing fine.

This isn’t the first time an albino whale has been observed, despite its rarity. Migaloo, a borderline famous albino humpback whale, is infrequently sighted off the coast of Australia.