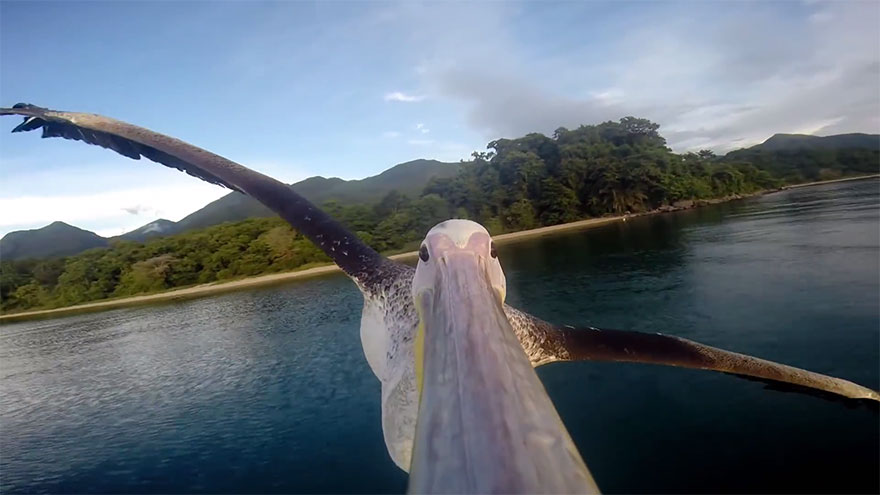 Staff at the Greystoke Mahale resort in Tanzania have released beautiful footage of a young male pelican learning to fly that they took by strapping a small GoPro camera to his bill. They found the pelican, who has since been named “Big Bird,” roughly 4 months ago when he was separated from his flock by a powerful storm over Lake Tanganyika.

The resort staff nursed him back to health and tried to get him to fly by running along the beach and flapping their hands.

Eventually, the pelican caught on and took flight, capturing some truly stunning footage with his bill-mounted camera.