A leopard shark being pet like a dog by an aquarium worker is making waves online. 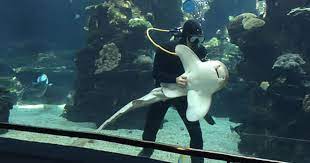 The video, apparently from New Caledonia’s Aquarium des Lagons, shows the shark swim up to a SCUBA diver who proceeds to gently flip it on its back and give the shark a belly rub. Films like Jaws have painted sharks as ferocious predictors in the public psyche, which is why this video is so popular. 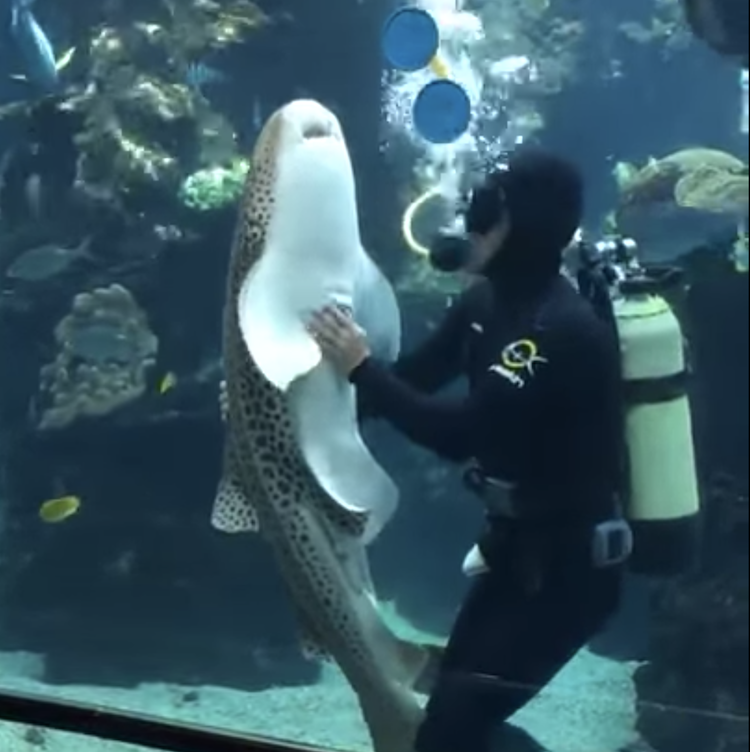 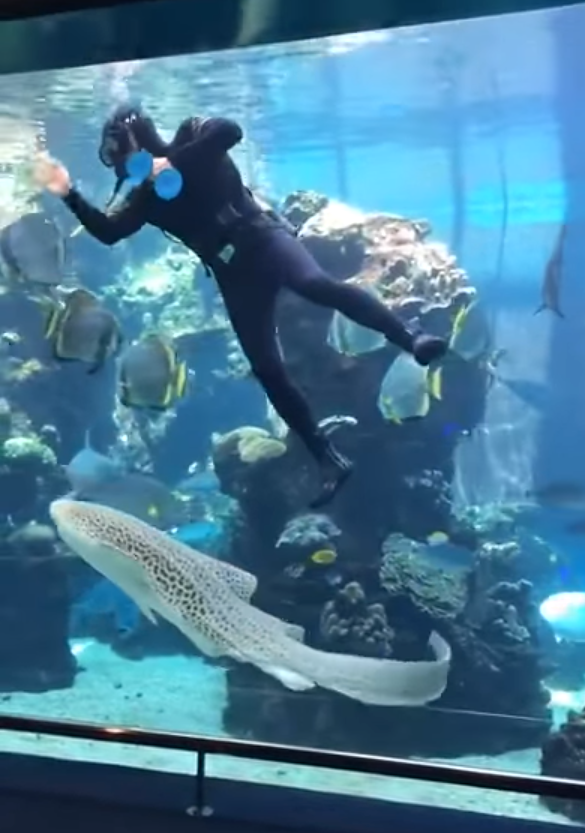 Some viewers claim that this video shows an example of tonic immobility, or thanatosis, when an animal takes on the appearance of being dead. This is a defense mechanism that can be artificially induced; in the case of sharks, turning them over can have this effect. While sometimes used as a form of mild anesthesia during experimentation, some scientists believe it can be a stressful experience for sharks, but it is difficult to determine if this is the case from this footage alone. 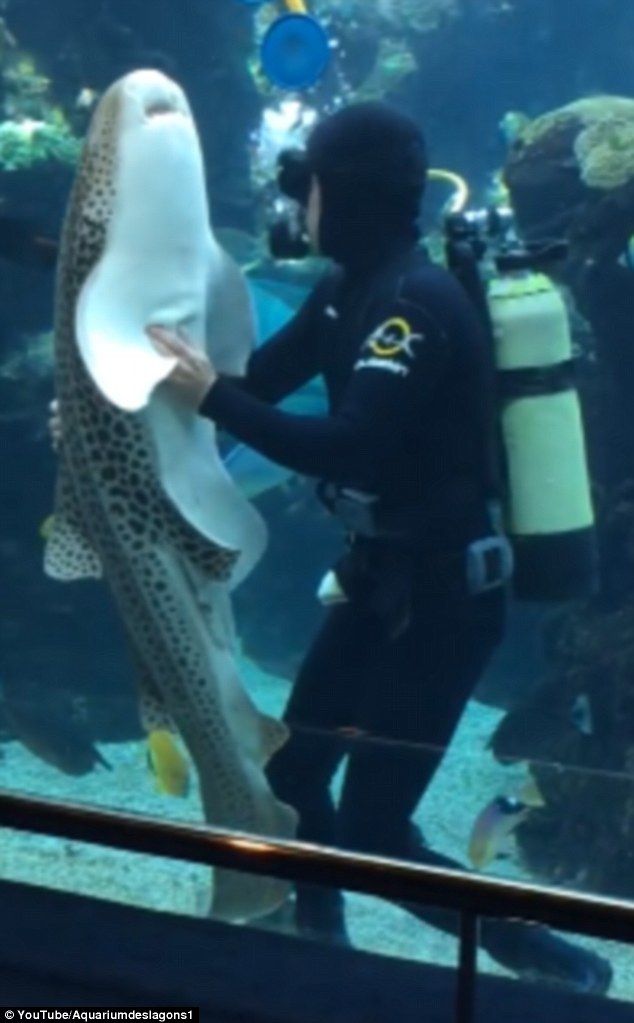