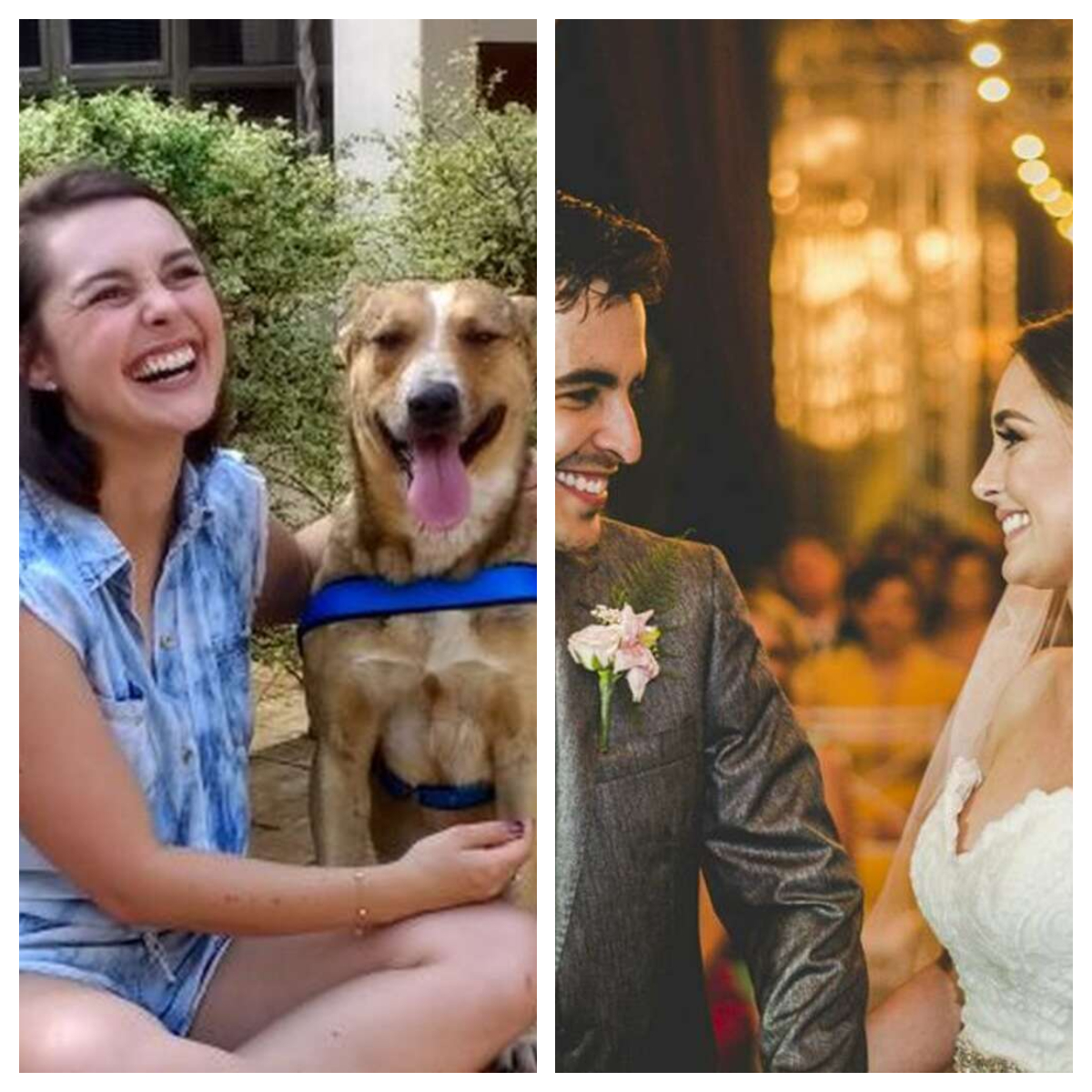 In addition to being a significant day for Matheus and Marlia, it turned out to be a life-changing experience for an abandoned stray dog who had no one to call his own.

Marlia and Matheus, who reside in So Paulo, Brazil, had planned an outdoor wedding for last month, but the weather had other ideas. The couple opted to have the ceremony beneath a tent due to a storm moving in and bringing heavy rain. But it turned out that Marlia and Matheus, as well as their many visitors, weren’t the only ones hoping for good weather.

As everyone began to relax in their chairs, a stray dog wandered in looking for some warmth and affection. Being a closed event, people attempted to eject the muddy-pawed dog, but he didn’t remain out for much of the time.

To everyone’s astonishment, when the bridal chorus began to play, the dog walked in unexpectedly, as Marlia told The Dodo. And it wasn’t even the most shocking part of it all.

Guests managed to get the dog out of the way so that the wedding could continue with the real bride in attendance. However, the furry wedding crasher reappeared during the exchange of vows.

“The dog came in and slept on my veil,” Marlia said.

Even Marlia didn’t have the courage to send the dog back out into the storm this time. In fact, she was delighted to share the limelight, as well as a small portion of her gown, with the adorable pooch.

For someone who loves animals, the gift was a welcome one. “I thought it was excellent.”

As a result of the couple’s generosity, the dog was permitted to stay for the remainder of the evening, and his hosts extended a warm welcome to him as well. As their wedding day came to a conclusion, Marlia and her new husband searched for their special visitor. However, as the rain stopped, the dog disappeared undetected back into the darkness, just as strangely as he’d appeared.

When Marlia and Matheus got home that night, they decided they’d get the dog as a pet if they could find him. Despite the passage of time, the couple’s thoughts about him stayed constant.

Marlia explained that she and her husband chose to take him in because he was a street dog. “It took us a long time to find him again, but yesterday we were called and given his location.”

The dog, which they’ve dubbed Snoop, soon returned to the couple’s house. “He had a lot of fun, ate a lot, and drank plenty of water. He’s overjoyed and had a great night’s sleep on the first night of his new position.”

In other words, what began as a union of two persons became the union of three. Marlia says she can’t picture things getting much better at this point:

“Everyone here is really pleased.”