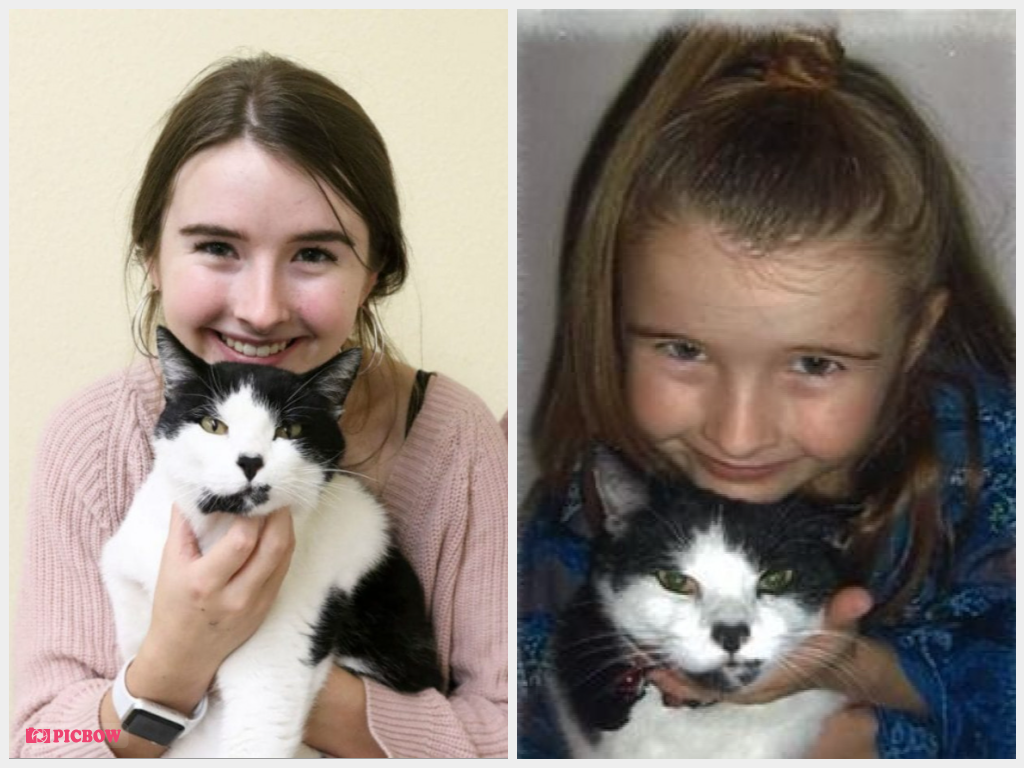 Hannah Rountree’s favorite cat, Spunky, passed away when she was 12 years old. Hannah and her family were on vacation when the lovely black and white house cat went away. Spunky was unable to be located, despite their best efforts to locate him.

Hannah was understandably heartbroken, but the loss of Spunky rekindled her passion for animals. Hannah wanted to help at her local animal shelter when she grew older.

Hannah, now 15, had no clue what was going to happen when she came for her second shift at Saving Grace Pet Adoption Center.

Hannah can not really help but be taken to one of the shelter’s black and white cats. The cat had recently been surrendered and was being kept in the catio at the shelter. After all, many cats have similar appearances, but this one was different.

“Is it my cat?” I wondered. Hannah said, “It looks exactly like Spunky.”

The shelter personnel were able to verify that the animal was actually Hannah’s beloved childhood cat, Spunky, after some research. Hannah was overjoyed to see her closest friend again after three years apart, and she couldn’t believe how fate had brought them together again.

Spunky had been renamed Bear after being brought to the shelter as a stray. He was soon adopted, but the relationship didn’t work out, so he returned to the shelter – just in time for Hannah to find him!

Wendy Kang, the shelter’s director, said, “It’s absolutely amazing that she was able to discover her pet while assisting us.”

Hannah and her family greeted Spunky with warm arms when he returned. “He appears to be at ease… Hannah remarked, “I knew he’d simply perk up and remember.” “I believe that was just fate.”