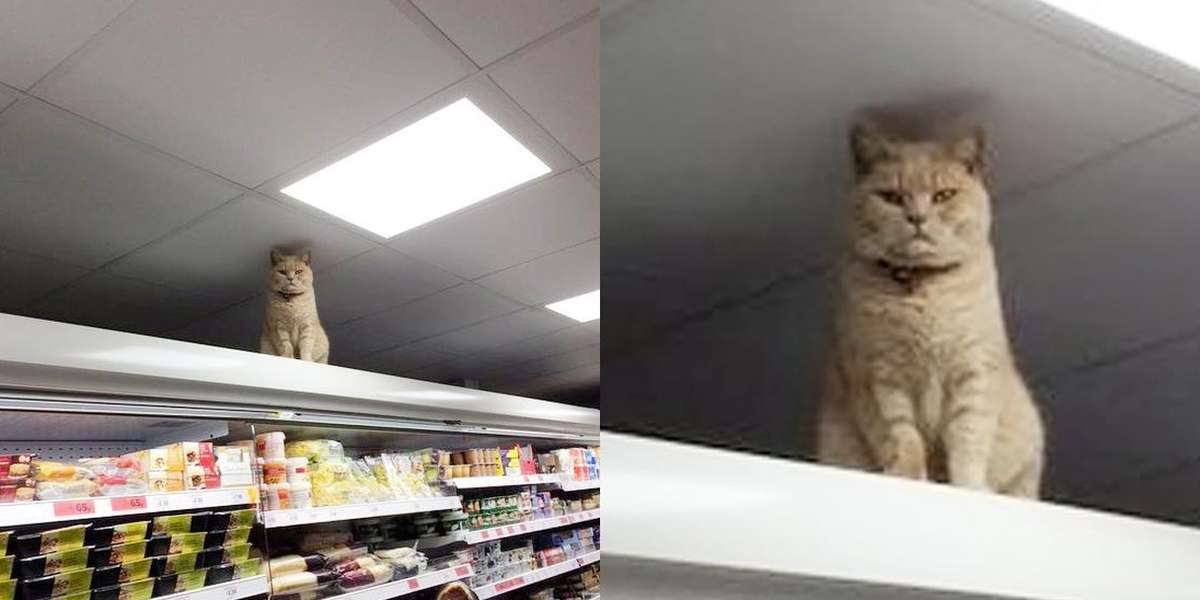 You can take him outside. You can ask him to leave. But he’ll just come back. Stronger. Angrier. Fluffier.

Since last year, a mysterious cat has been surprising shoppers in England, regularly appearing on one grocery store’s shelves despite repeated removal attempts by staff.

Cat just chilling in Brockley Sainsbury's. Security tried to remove him. He sauntered straight back in. pic.twitter.com/MotEBFuzKr

The defiant feline was first spotted in the Sainsbury’s supermarket back in November, having already perfected his strange routine of hanging out, getting removed by security, and walking right back in.

Since then, the cat has been kicked out many more times, but continues to haunt his favorite store.

The cat has come back to Brockley Sainsbury's. pic.twitter.com/2AKRosiEGM

“He lives in the house next door and he’s in here every day, all the time,” a Sainsbury’s spokesperson told The Telegraph. “He’s not allowed to be here.”

Thanks to his oddly specific obsession, the cat has become something of an internet celebrity, even earning the title of “Animal of the Week” from Time Out London.

“He was flat out on the mat yesterday by the door under the heated fans,” wrote one Sainsbury’s customer on Facebook. “Everyone was stopping to give him a tickle.”