After an old lady from Radviliškis, Lithuania got too sick to live on her own, she was admitted to a hospital. Sadly, all of her remaining relatives were scattered all over the world, so nobody could take care of the pets she was forced to leave behind. While authorities had spent months searching for ways to save her animals, “Vyšnių sodas,” a rescue shelter from Vilnius, Lithuania, stepped up. After they arrived, one of the animals, a pup named Pluto, was clearly the one who needed help the most. 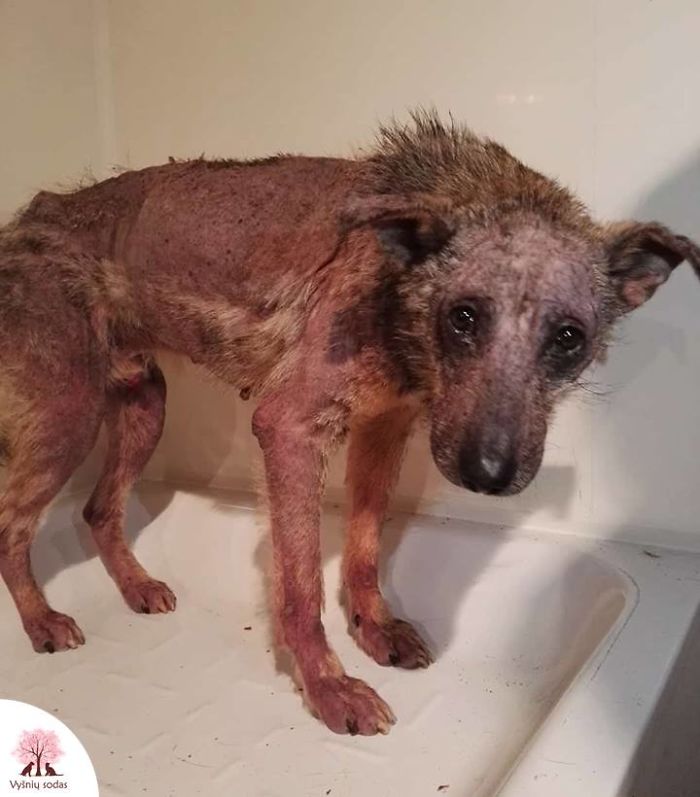 “We found the puppy in a horrific condition together with a few other animals, ditched in the abandoned homestead in Radviliškis,” “Vyšnių sodas” spokeswoman Indrė Žukauskaitė told Bored Panda. “After their owner had to be admitted to the hospital, the poor creatures were left to starve.” 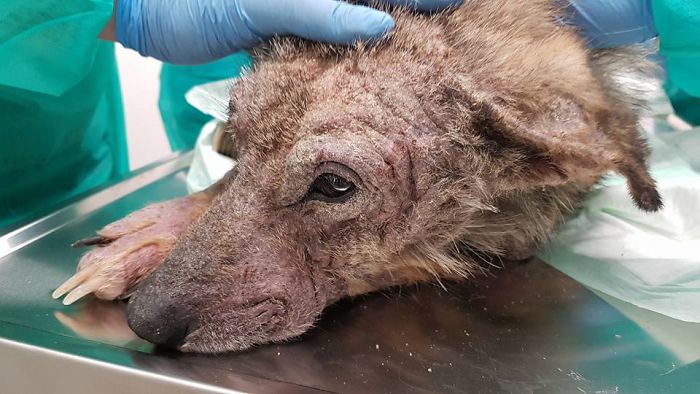 Pluto had lost a lot of weight. “Suffering from Mange, his body was reduced to skin and bones. His eyes were hopeless, filled only with endless pain.” 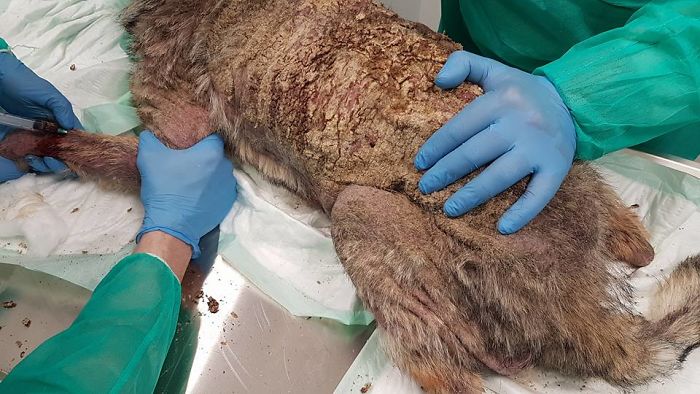 “Upon arriving at our shelter, Pluto appeared to have been completely given up,” Žukauskaitė added. “He didn’t want to get up for anything. He wasn’t eating, and was doing his business right under himself.” 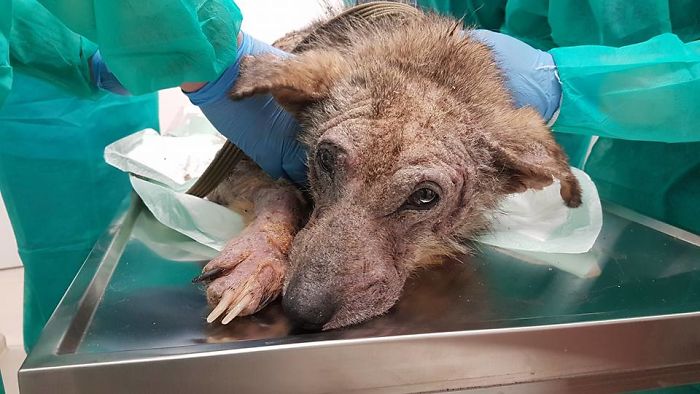 The vets cleaned him, removing the scabby epidermis from his skin. The first procedure Pluto received took 5 hours. “Still, he was feeling miserable and his burning skin was being treated a few times each day. The vets said that his condition was ‘dangerous and contagious.’ Eventually, because of the Mange infection, Pluto had to be isolated without the possibility of going out for a walk.” 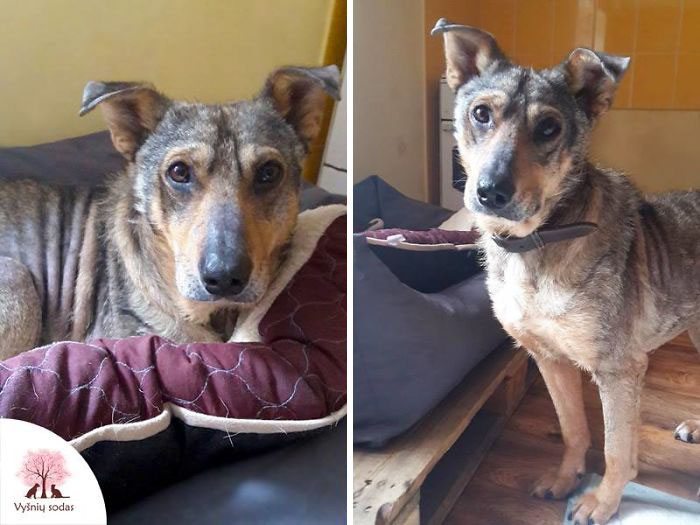 “The pup had been going through living hell for 3 months. After the quarantine, he had to re-learn how to walk.” But that was only the half of his remaining troubles. “Pluto was afraid of everything and everyone.”

“It took six months before Pluto gathered the courage to step outside,” Žukauskaitė said. “His first steps were very tough for him. He was so afraid, even the grass under his feet creeped him out.” 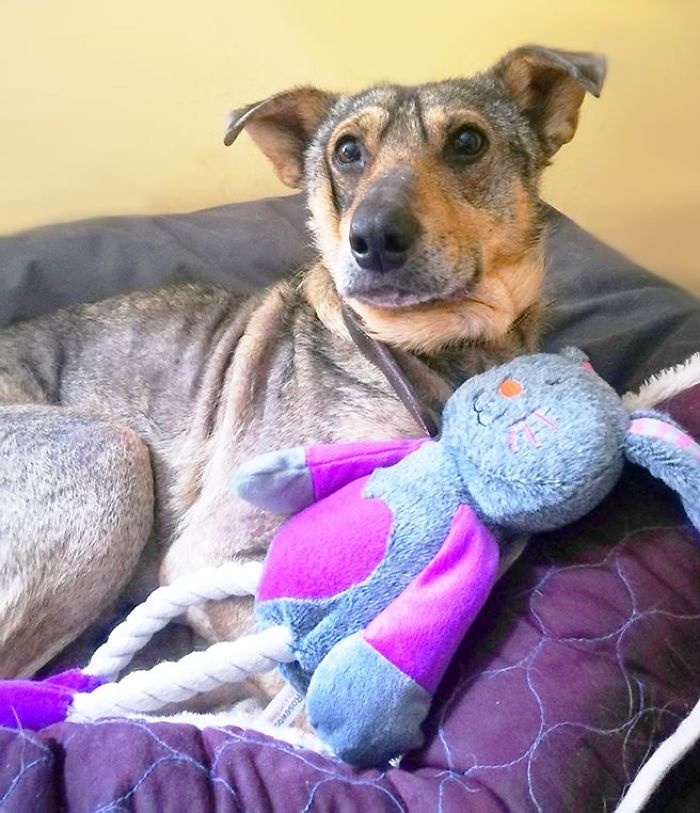 “Thanks to the endless patience and love provided by our staff, however, Pluto started socializing. As he introduced himself to his surroundings and the other dogs, Pluto started eating more, too.”

The dog who defied the odds hasn’t fully recovered yet. “But even though he’s cautious around people, he has regained most of his weight and we find Pluto playing with other dogs more and more.” 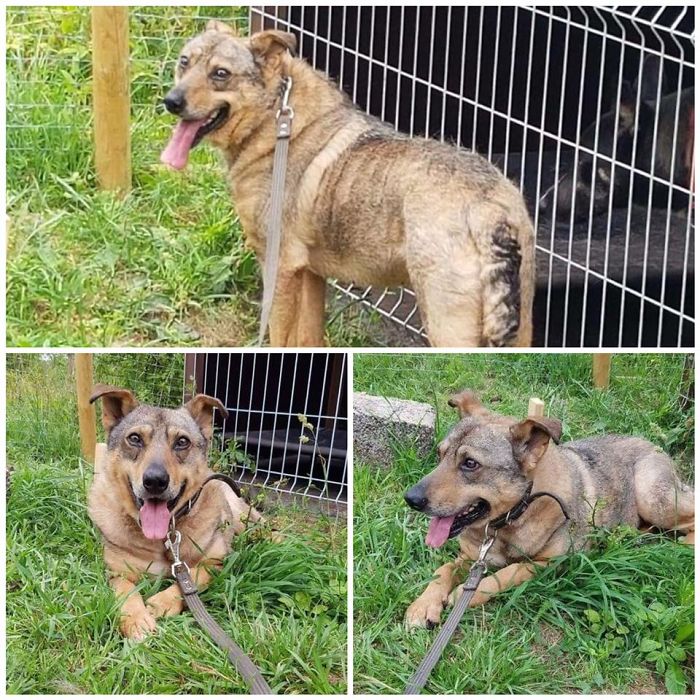